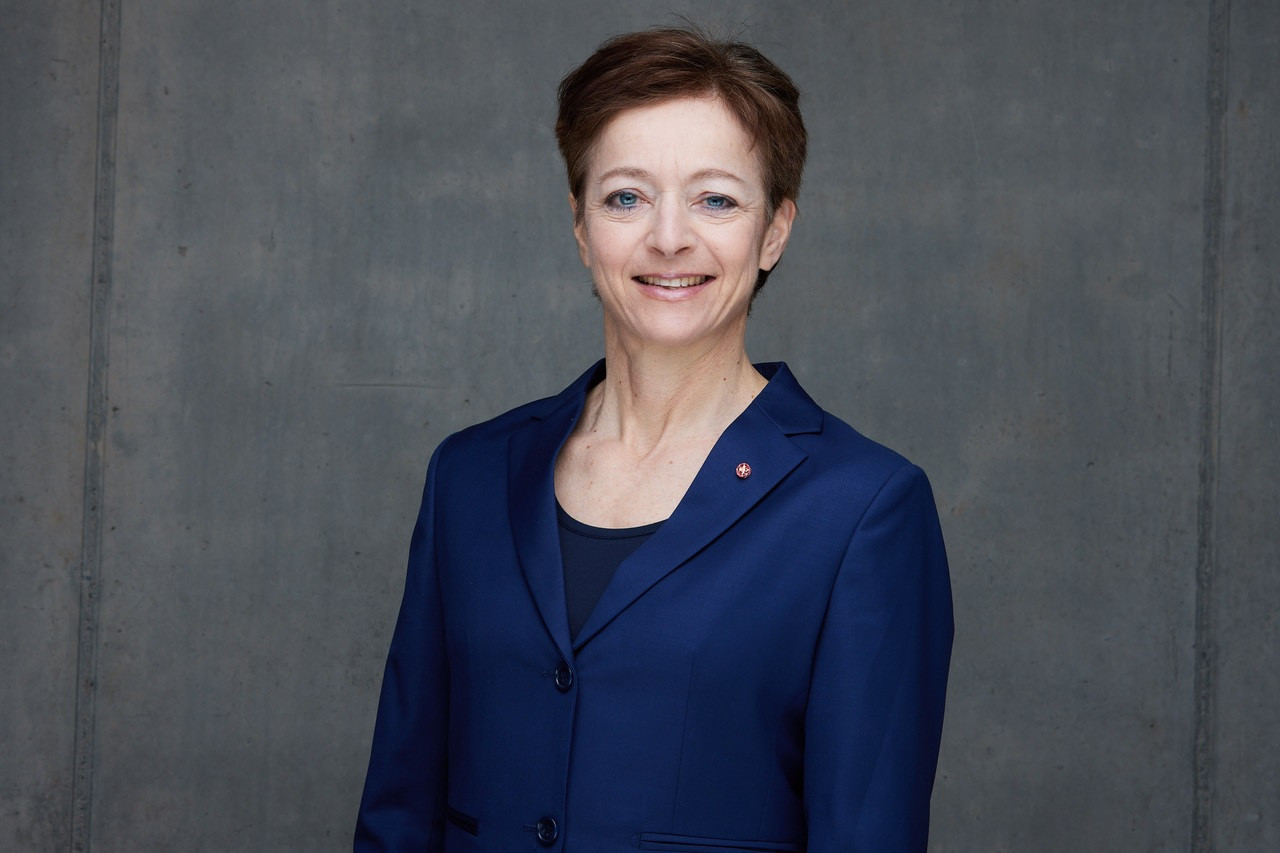 Sarah Lewis has pledged to renounce her Presidential salary and set up a COVID-19 recovery fund if she succeeds Gian Franco-Kasper as head of the International Ski Federation (FIS).

The former FIS secretary general is one of four candidates in the running to replace Franco-Kasper at the election, scheduled to be held on June 4.

While Lewis has big ambitions for the FIS, she insists the organisation must live within its means due to the coronavirus pandemic which continues to disrupt competition.

Lewis has vowed to focus her efforts on preparing for the 2021-2022 season which is set to take place against the backdrop of the global health crisis.

"The pandemic won’t be over on June 5," said Lewis.

"Whilst there are things that we need to do to build on the strength of our sport and organisation, there are also things that need to be dealt with immediately, which means COVID season 2.0.

"You saw the upsurge [of cases] at the end of autumn so we have got to put in place cascading measures going from relatively open access right through to complete limitation.

"It has got to be ready, and we have also got to address the pandemic with National Ski Associations and stakeholders.

"I will put in place the COVID recovery fund to work together with everyone and support them."

Thank you everyone for your overwhelming encouragement for my candidacy for FIS President! #AchievingMoreTogether #NewEra pic.twitter.com/oDHgOGyhyJ

The FIS President is a paid position, but Lewis believes the salary needs to be diverted to other parts of the organisation.

"When it comes to the Presidential salary, I will renounce on that and we will make sure it is invested into the organisation, initially dealing with COVID and then moving on when it comes to supporting a scholarship fund," said Lewis.

"We need to strengthen the organisation in some areas and hopefully there will be some resources to do that, so we need to live within our means.

"Over the last 20 years, we have built up reserves and there is not a rainier day than now to use those for the benefit of the organisation.

"That is absolutely crucial.

"The day after the Congress on June 5, we will have an immediate plan of action on the table."

Lewis was secretary general of the FIS for 20 years before she was voted out by Council members last October.

The British official said her dismissal was "humiliating" but insisted the "snow has melted" as she aims to become the next FIS President.

Since launching her campaign, with a manifesto titled "FIS Piste Map", Lewis said she had held talks with almost all the Member Federations to discuss their challenges and objectives.

"The common threads from both the leading and developing nations are that they need more resources to invest in the sport and their activities," said Lewis.

"They all welcome the chance to play an active role in contributing to the governance of the FIS and they do share my desire to build on the organisation’s traditions and strengths to globalise and promote skiing and snowboarding."

Lewis admits the FIS is "building from a strong base" but believes it can do more to utilise its digital platforms to generate further interest.

"Fans are going to be part of the whole digital community and this means you can offer completely new commercial possibilities to reach out to them," said Lewis.

"Innovation is on everyone’s agenda.

"Longines is totally committed to this as well with the possibility of virtual reality and fan engagement during events.

"For example, doing the judging when it comes to ski jumping or snowboarding and freestyle events and then comparing it to what the scores are.

"There are many opportunities."

Lewis is also determined to address governance issues including improving transparency, introducing term limits and strengthening diversity within the organisation.

Should Lewis win the election, she will become the first-ever female FIS President and hopes to be a "role model" to other women.

"The sport is very gender balanced on the field of play," said Lewis.

"We have outstanding female athletes, like Mikaela Shiffrin who is a global superstar.

"Prize money is equal with the exception of ski jumping and Nordic combined so far but the United Nations has a very famous quote that leaders need to represent their community to best understand their wants and needs.

"This sport is not represented on an equitable basis and therefore there does need to be more women at the top.

"There is just one female candidate this year for the FIS Council in Yelena Välbe.

"The FIS has a big opportunity now.

"I can help to provide that role model and encourage and support others.

"We will implement a campaign to really promote women’s sport, like #sheskis, #shesnowboards and #shesoars."

But Lewis believes she is in a "unique position" compared to her rivals having started working for the FIS in 1994 as a Continental Cups coordinator before becoming secretary general in 2000.

"I have got extensive support from the National Associations," said Lewis, who competed in Alpine skiing at the 1988 Winter Olympic Games in Calgary.

"I am absolutely ready and prepared from day zero.

"I live eight minutes from the FIS office and I have built up my entire capacity from all different facets of the sport and the industry.

"I was an Olympian, I grew up in a developing nation when it comes to skiing in Britain and I have got a very international outlook on life and languages."

Lewis also claims she has strong connections within the Olympic Movement as preparations for Beijing 2022 gather pace.

"I was then responsible for the FIS delegation at five Games.

"It takes time to build those relationships within the leadership and senior management.

"When it comes to the Olympic Games, those relationships are very important."

Lewis’ manifesto can be read in full here.