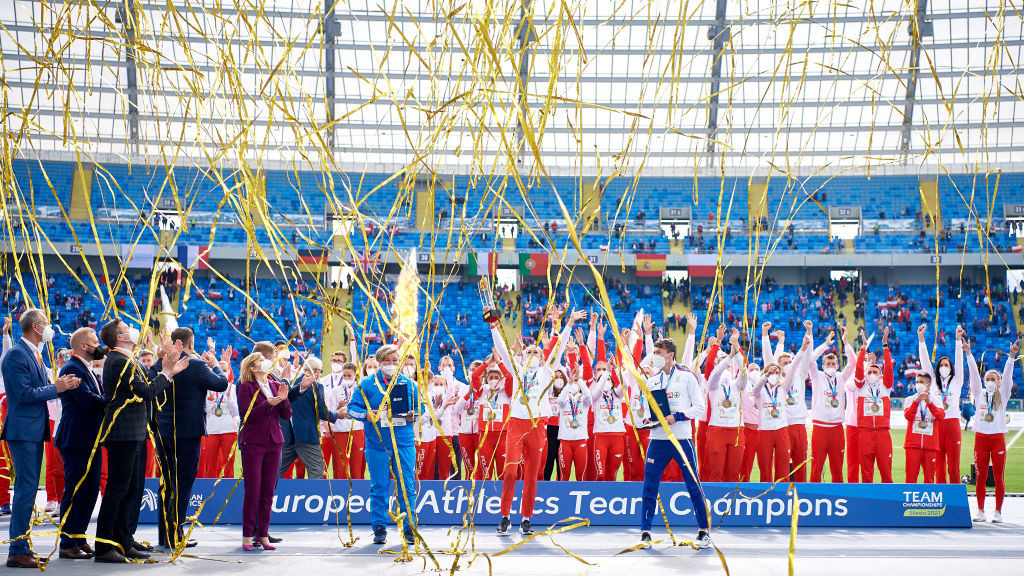 Poland retained their title on a nervy final day at the European Athletics Team Championships Super League in Silesia.

Britain had led going into the concluding set of events at the Championships but a failed handover in the final race, the men's 4x400 metres relay, proved costly.

Poland were 2.50 ahead of Britain going into the 4x400m relay, but their challengers dropped the baton on the last lap to end their chances of snatching victory.

The hosts finished on 181.50 points to end the competition 2.50 clear of Italy, who won the 4x400m to leapfrog Britain into second.

Britain took the bronze medals having scored a total of 174 points.

European champion Christin Hussong of Germany produced one of the standout performances of the day as she won the javelin event with a Championship record of 69.19 metres.

The throw from Hussong was also the eighth furthest women's javelin throw of all time.

European champion Christin Hussong ?? sets a championship record of 69.19m in the javelin. ?

Hussong moves up to eighth on the world all-time list! #ETCH2021 pic.twitter.com/OMEp1M3XbO

Poland's team captain Kamila Licwinko earned victory for the hosts in the women's high jump with a clearance of 1.94 metres, while compatriot Robert Sobera took the men's pole vault honours with a best of 5.65m.

Paweł Fajdek was among the other Polish winners as he set a world lead of 82.98m in the men's hammer event.

Britain's Lawrence Okoye marked his first appearance at an international event for nine years with victory in the men's discus.