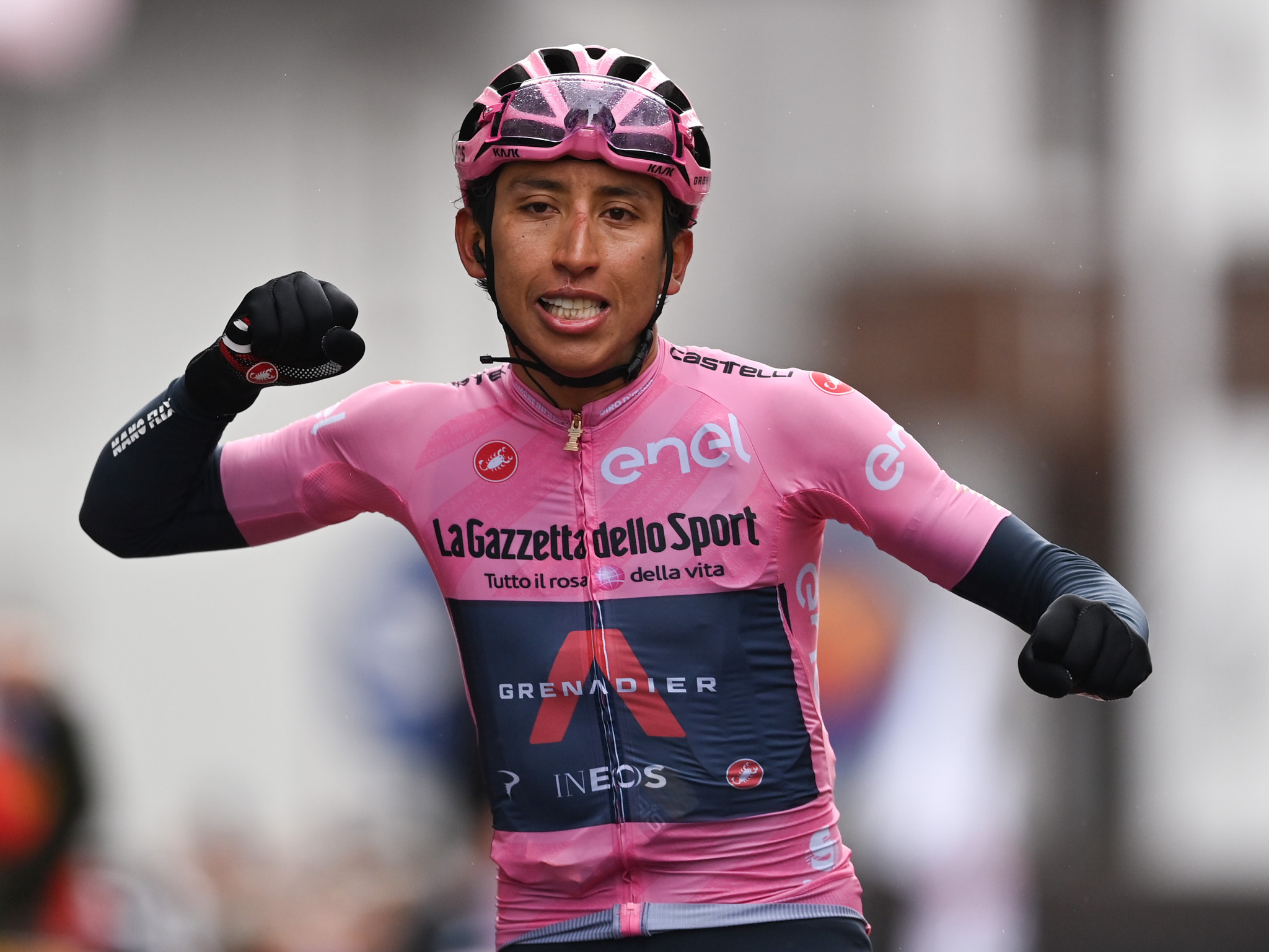 Colombia's Egan Bernal of Ineos Grenadiers stormed to victory on stage 16 of the Giro d'Italia, battling the wet conditions to extend his lead in the general classification in Cortina d'Ampezzo.

On a shortened 153-kilometre route starting in Sacile, Bernal made the most of a day hit by bad weather to win the stage by 27 seconds over France's Romain Bardet of Team DSM and Italy's Damiano Caruso of Bahrain Victorious.

In what was a fragmented chasing pack, the next group of riders - Italy's Giulio Ciccone of Trek-Segafredo, Britain's Hugh Carthy of EF Education-Nippo and João Almeida - came in 1min 18sec behind.

The Colombian shot up Passo Giau - which has the highest point of the 2021 Giro d'Italia - and safely descended his way to a clear victory.

Bernal took his rain jacket off coming into the finish to show off the pink jersey, which signifies his position as general classification leader.

"It's a big victory - if you win with the Maglia Rosa it's special so I wanted to show it and respect the jersey," said Bernal.

"I wanted to do something special. I wanted to show I am back in the game.

"The team believed in me during the stage, and I just tried to go and to do something special.

"It was hard, of course, but when the race is hard because of the weather you need to be hard in the mentality also.

"I had the mentality in the beginning, and I kept it. It was a day to suffer, and we did it."

More riders came in more than two minutes behind Bernal, including Britain's Simon Yates of Team BikeExchange in 11th, 2:36 off the pace of the Colombian.

Yates had been Bernal's closest challenger in the general classification, but is now 4:20 behind, in fifth place.

Caruso now holds second, still 2:24 behind the leader, with Carthy and Russian Aleksandr Vlasov of Astana-Premier Tech in third and fourth.