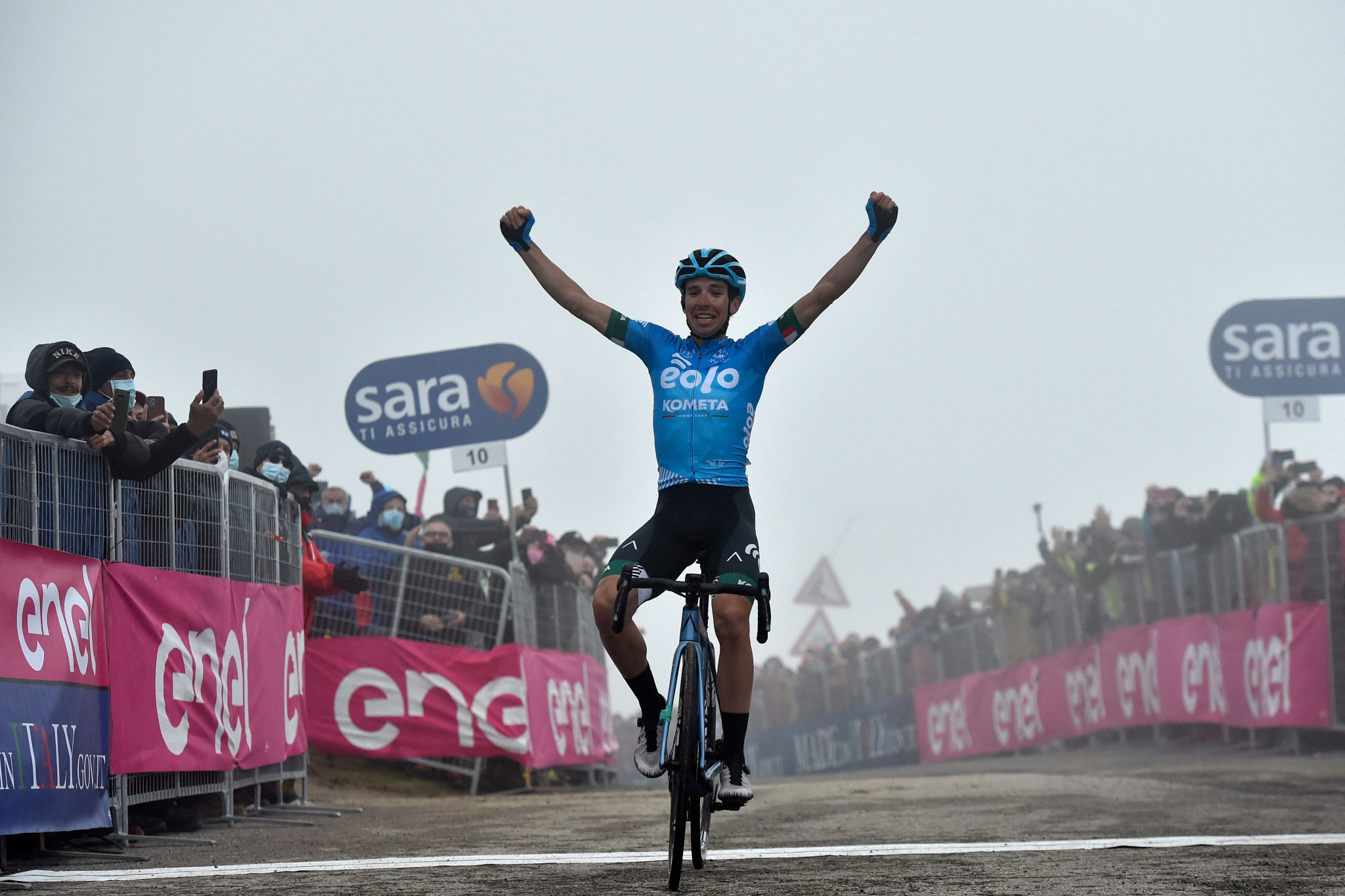 Italy’s Lorenzo Fortunato secured the biggest win of his professional career as he won stage 14 of the Giro d’Italia atop Monte Zoncalon.

In foggy conditions, the EOLO-Kometa rider rode away from Slovenia’s Jan Tratnik inside the final two and a half kilometres of the brutal climb to win the stage by 26 seconds.

In the general classification race, Colombia’s Egan Bernal, who started the day with a 45 second lead, almost doubled his advantage in the Maglia Rosa after finishing fourth on the stage.

In the final kilometres, the Ineos Grenadiers rider attacked his general classification rivals to give himself a lead of 1min 33 sec over Britain’s Simon Yates of Team BikeExchange.

Italian Damiano Caruso remained third overall in the general classification but lost more time to Bernal, with the Bahrain Victorious rider now 1:51 behind the leader.

Russia’s Aleksandr Vlasov, who was Bernal’s closest rival at the start of the day, lost more than a minute to the Colombian and the Astana Premier-Tech rider now sits fourth at 1:57 behind.

Reacting to his stage win Fortunato said: “I haven’t fully realised yet what I just did.

"I knew I was in good shape and this morning I really wanted to go in the breakaway.

"I knew that the last three kilometres were the hardest and for this reason, I waited for the final part of the Zoncalon to attack and then I gave it everything until the finish line."

Race leader Bernal added: "I tried to remain calm when we tackled the Zoncalon because I knew I was in a good position in the general classification and did not need to attack first.

"I followed Simon Yates when he attacked and then I did an acceleration in the finale. I think I did a good race.

"Now I have a good lead but I need to remain calm and focused, anything can happen in the Giro."