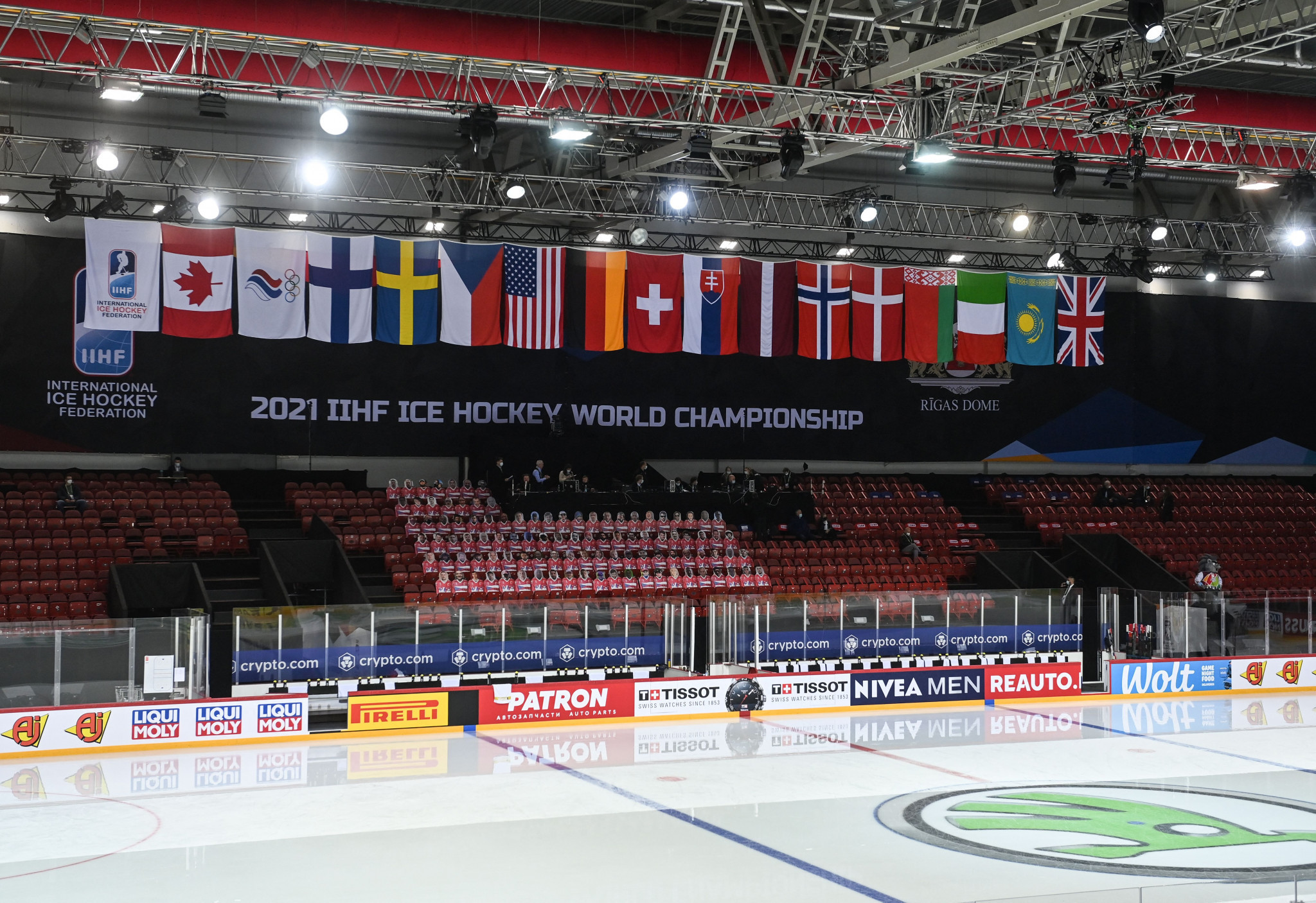 Spectators are to be allowed to attend matches at the International Ice Hockey Federation (IIHF) World Championship in Latvia, which starts today, after the country's Prime Minister was overruled in Parliament.

Per news agency LETA, the Saimea - Latvia's sole legislative chamber - voted to order the Government to come up with a plan for fans to be admitted to watch games.

People will need to be vaccinated or have previously been infected with COVID-19 to be allowed to go to games, it is anticipated.

According to LETA, a regular Government meeting is not planned until May 27 and it may take until then for a plan on what happens next to be formulated.

There will be no fans at today's opening batch of games.

Latvia is hosting the IIHF's flagship tournament for men alone after Belarus was stripped of co-hosting honours.

When announcing a decision there had been calls for it to make for months, the IIHF cited "growing safety and security concerns related to both the rising political unrest and COVID-19" for taking the tournament away from Belarus.

COVID-19 has also impacted the players available to compete at the event, with Italy's squad in particular depleted following an outbreak.

All games are taking place in capital Riga and Finland are the defending champions.

The tournament is set to run until June 6.