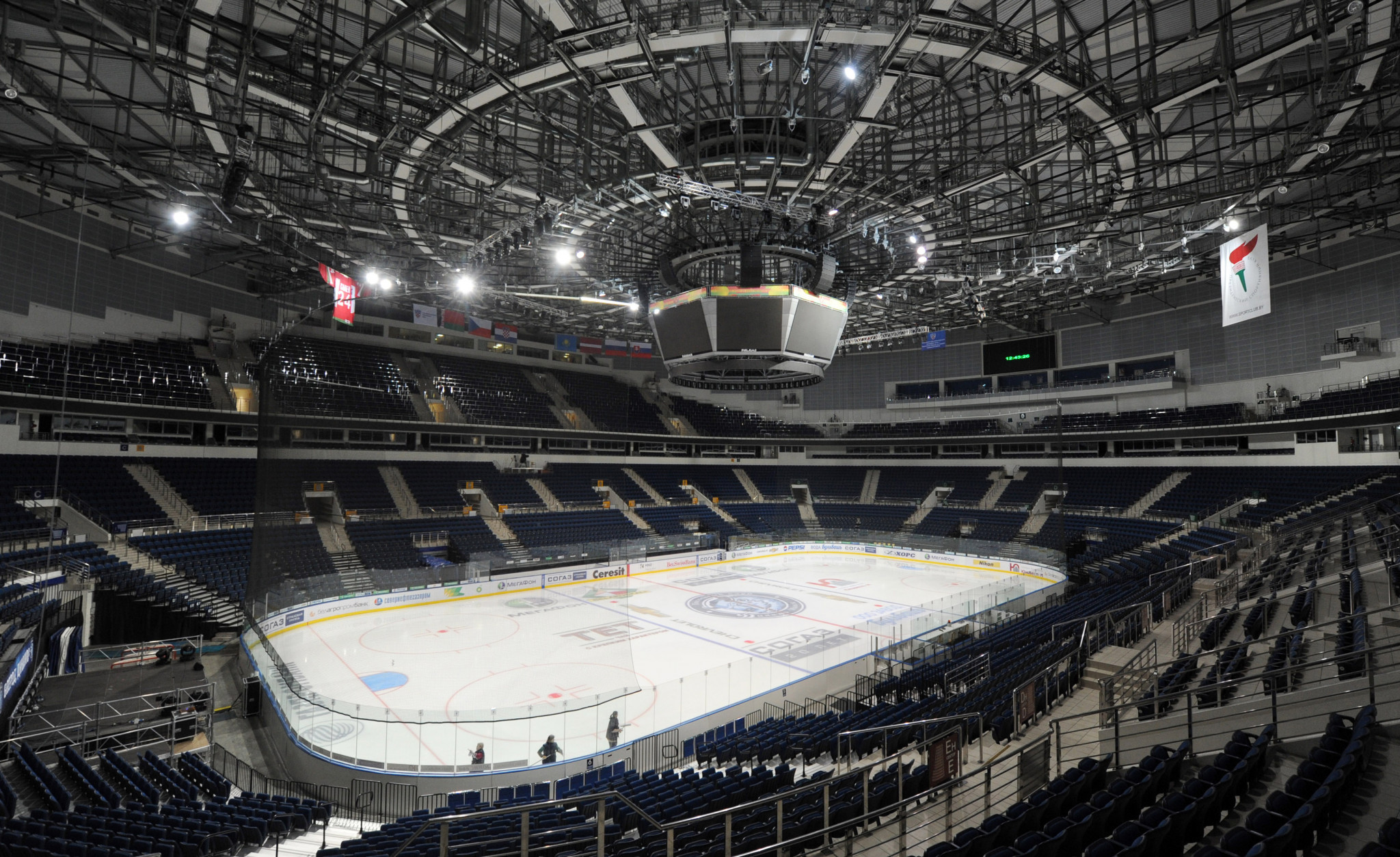 International Ice Hockey Federation (IIHF) has confirmed it has taken the "unavoidable" decision to remove Belarus as a co-host of the Men's World Championship, citing safety and security issues.

Lukashenko’s re-election has led to protests in the country.

A subsequent crackdown by Belarus’ Government has been criticised by the European Union, with several countries having introduced sanctions on senior officials, including Lukashenko.

The IIHF said its Council reached the decision today "following the conclusion of an extensive due diligence process."

The governing body said its bylaws allowed for the organisation to move the World Championship if "there is reason for concern that the well-being or the safe freedom of movement of the players, officials, traveling spectators and media is in doubt."

The IIHF said independent experts and all stakeholders were consulted on the viability of holding the World Championship in Belarus in the face of the "growing safety and security concerns related to both the rising political unrest and COVID-19."

The final stage of the IIHF Council due diligence process was claimed to be their meeting with the Belarusian Government last week, as well as the commissioning of a further independent expert report.

IIHF President René Fasel has been criticised for meeting with Lukashenko, who is banned by the International Olympic Committee (IOC) from attending the Tokyo 2020 Olympic Games.

Fasel claimed he had attempted to turn the World Championship into an event of "reconciliation".

"It is a very regrettable thing to have to remove the Minsk/Riga co-hosting bid," said Fasel.

"During this process, we had tried to promote that the World Championship could be used as a tool for reconciliation to help calm the socio-political issues happening in the Belarus and find a positive way forward.

"And while the Council feels that the World Championship should not be used for political promotion by any side, it has acknowledged that hosting this event in Minsk would not be appropriate when there are bigger issues to deal with and the safety and security of teams, spectators, and officials to prioritise."

The IIHF said its Council will now consider the status of Latvia as a co-host and will also evaluate the possibility of moving to a "single-venue format to facilitate COVID-19 safety regulations and team travel."

The IIHF decision comes days after tournament sponsors threatened to withdraw from supporting the World Championship if it remained in Belarus.

The Belarusian Sport Solidarity Foundation (BSSF) had campaigned in recent months for the IIHF to move the World Championships from Belarus.

I welcome @IIHFHockey decision not to host the 2021 World Championship in Minsk. This is a very wise step – to support human rights & fair sport, not to cooperate with the regime in Belarus. Together with @BSSFofficial we are grateful that the voices of Belarusians were heard.

The group has also called for the IIHF to sanction Belarusian Ice Hockey Association (BIHA) President Dmitri Baskov, who has been accused of involvement in the death of an opposition activist.

Fasel was criticised for appearing in a photo with Baskov last week, just weeks after the IIHF confirmed it was investigating the BIHA President.

The BBSF has described the IIHF’s decision to remove the event from Belarus as "wise", with the group stressing the need to investigate Baskov.

"The Championship could not become a full-fledged sport festival, but would turn into a platform of confrontation between the Belarusian people and the power structures of the Lukashenko regime," the BBSF said.

"The decision of the IIHF brought back the faith of the Belarusian people and international community in justice and universal values.

"Sports forums cannot be held in countries where violence and torture are used against civilians.

"At the same time the BBSF reminds the IIHF and the entire hockey community of the need to conduct a detailed investigation into the chairman of the Belarusian Ice Hockey Federation Dmitry Baskov, who was involved in the murder of a civilian Roman Bondarenko."

"I welcome @IIHFHockey decision not to host the 2021 World Championship in Minsk," Tsikhanouskaya tweeted.

"This is a very wise step – to support human rights & fair sport, not to cooperate with the regime in Belarus.

"Together with @BSSFofficial we are grateful that the voices of Belarusians were heard."