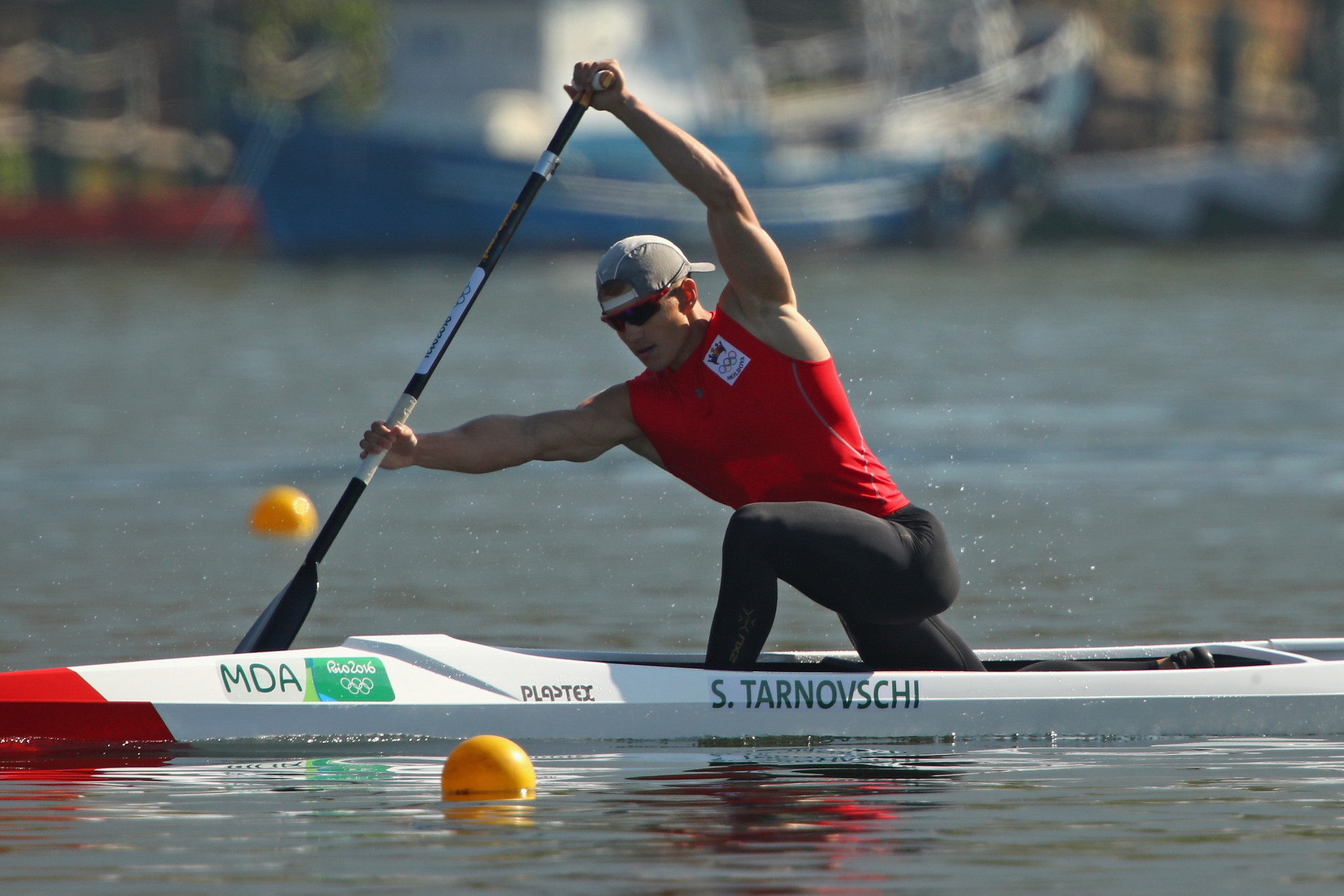 Serghei Tarnovschi - who was stripped of his Rio 2016 bronze medal due to a positive doping test - is set to appear at Tokyo 2020 after sealing his spot at the canoe sprint global Olympic qualifier in Russian city Barnaul.

The Moldovan was hit with a four-year suspension by the International Canoe Federation (ICF) in 2016 after a pre-event test uncovered the presence of banned substance GHRP-2.

It resulted in Tarnovschi losing the bronze medal he won after finishing third in the men’s C1 1,000-metre canoe sprint event at Rio 2016.

At the time, Tarnovschi claimed he accidentally consumed the prohibited substance from a contaminated supplement but his appeal was dismissed by the Court of Arbitration for Sport in 2017.

The 12-month delay to Tokyo 2020 due to the coronavirus pandemic has allowed the 23-year-old to serve out his four-year ban, return to racing and win a C1 1,000m quota place for this year's Olympics.

Tarnovschi grabbed victory in the final stroke, winning in 4min 14.861sec ahead of Russian Ilia Shtokalov in a tense finish.

It was Shtokalov who inherited Tarnovschi’s bronze medal in Rio after finishing fourth.

"Every athlete is very happy when they get to go to an Olympic Games, and this Games has been much harder because of COVID-19," Tarnovschi said.

"And it’s not easy because for four years I didn’t have competitions, and I trained alone, and it was very hard.

"Some of the athletes welcome me, some don’t like me. It’s a choice for everyone."

As well as Moldova, Lithuania, Croatia, Portugal, China and ROC secured quotas to complete the canoe sprint competition at Tokyo 2020, concluding a qualification process which has been severely disrupted by the global health crisis.

But he had to put his celebrations on hold because it is still to be decided who Lithuania will send to Tokyo.

"I hope they take into consideration that I have managed to secure the quota for my country, and that I am capable of going to the Olympics," said Maldonis.

"Getting to the Olympics is the dream I have had since my childhood.

"Rio I was not capable of going there, Tokyo was my dream country, and I surely hope I can go there."

China’s Dong Zhang, who has spent most of his paddling career in team boats, took advantage of the opportunity to paddle in a K1 by securing his country a 1,000m quota for Tokyo after claiming victory in 3:45.215 in Barnaul.

Podolskaya clinched her place after seeing off Slovakian Lisa-Maria Gamsjager in a winning time of 43.670.

"This is so important for me to be able to get to another Olympic Games," Podolskaya said.

"Unfortunately I couldn’t do it last week in Hungary but it was special to do it here.

"This is very unusual for us to race here, we usually have to travel to other countries to compete, so this was a real pleasure to make everyone happy."

Croatia’s Vanesa Tot is poised to be part of Olympic history when women’s canoe makes its Games debut in Tokyo after winning the C1 200m in 50.006.

"This was one of my best races of my life, now you can see how happy my coach and I are, we can’t believe we have made it," Tot said.

"It’s amazing that I have been paddling on the river for just four years, and now I come first here and I get to go to the Olympics.

"This morning I said to my coach that I thought I could do it, that I could be first.

"I’m happy to be part of history, and the first female paddler from Croatia to be going to canoe in the Olympics."

Women have only contest kayak sprint events in past Olympics.

The ICF has confirmed there will be 50 countries represented in canoe sprint at the Tokyo Olympics following the allocation of tripartite quotas to Joaquim Lobo of Moldova and Amado Cruz of Belize.