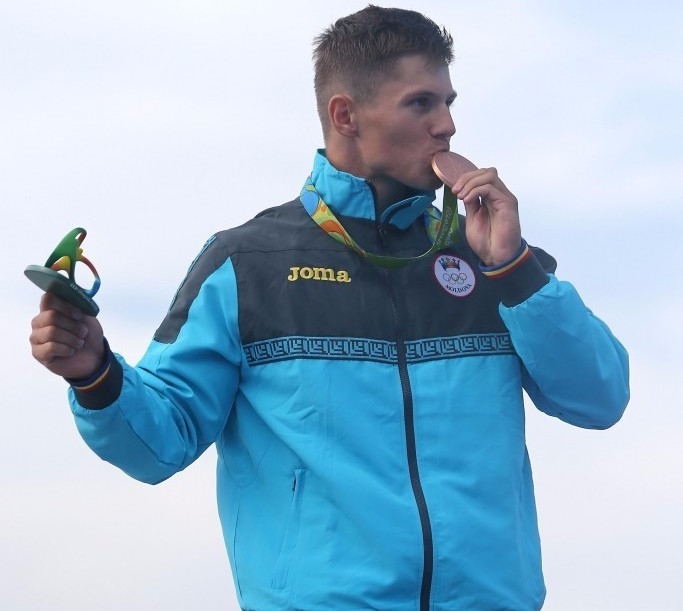 Moldovan canoeist Serghei Tarnovschi looks set to be stripped of his Rio 2016 bronze medal after he was handed a four-year doping ban by the International Canoe Federation (ICF).

A pre-competition test then revealed the athlete had provided an adverse analytical sample.

The National Olympic Committee of the Republic of Moldova (MOC) have stated their athlete has now been sanctioned by the governing body.

The National Federation have reportedly claimed that the canoeist will appeal the decision to the Court of Arbitration for Sport (CAS).

They claim Tarnovschi had unintentionally consumed a prohibited substance from a contaminated supplement, with his lawyer arguing his sanction should be reduced to months rather than years.

The Federation believe the athlete should retain his Olympic medal, despite the positive test.

In a statement, the ICF claimed the decision highlights the governing body's "robust zero-tolerance stance towards cheats".

"The 19-year-old C1M 1,000m Olympic bronze medallist was handed a provisional suspension on the 19th August, with a hearing in front of the ICF Doping Control Panel conducted on the 24th November 2016 under the ICF Anti-Doping Rules," they said.

"With the athlete and representatives from Moldova’s Canoe Federation present, the hearing concluded that Mr Serghei Tarnovschi was guilty of violating the ICF Anti-Doping Rules (article 2.1).

"The panel stated that due to the nature of the substance the athlete could have benefited from the use of the drug in his sporting endeavours.

"In accordance with the ICF Anti Doping Rule 10.8, Mr Serghei Tarnovschi has been disqualified from the date the positive sample was collected (8th July 2016).

"The rule also states that the athlete must forfeit any medals, points or prizes won since the date of the adverse findings."

Russia's Ilia Shtokalov finished fourth in the C1 men's 1,000m event and would now be in line for the bronze medal if Tarnovschi is stripped of his medal.

Tarnovschi had also been due to participate in the C2 men's 1,000m race at the Games with his brother Oleg.

The canoeist was unable to compete in the event, having been placed under a provisional suspension by the ICF.