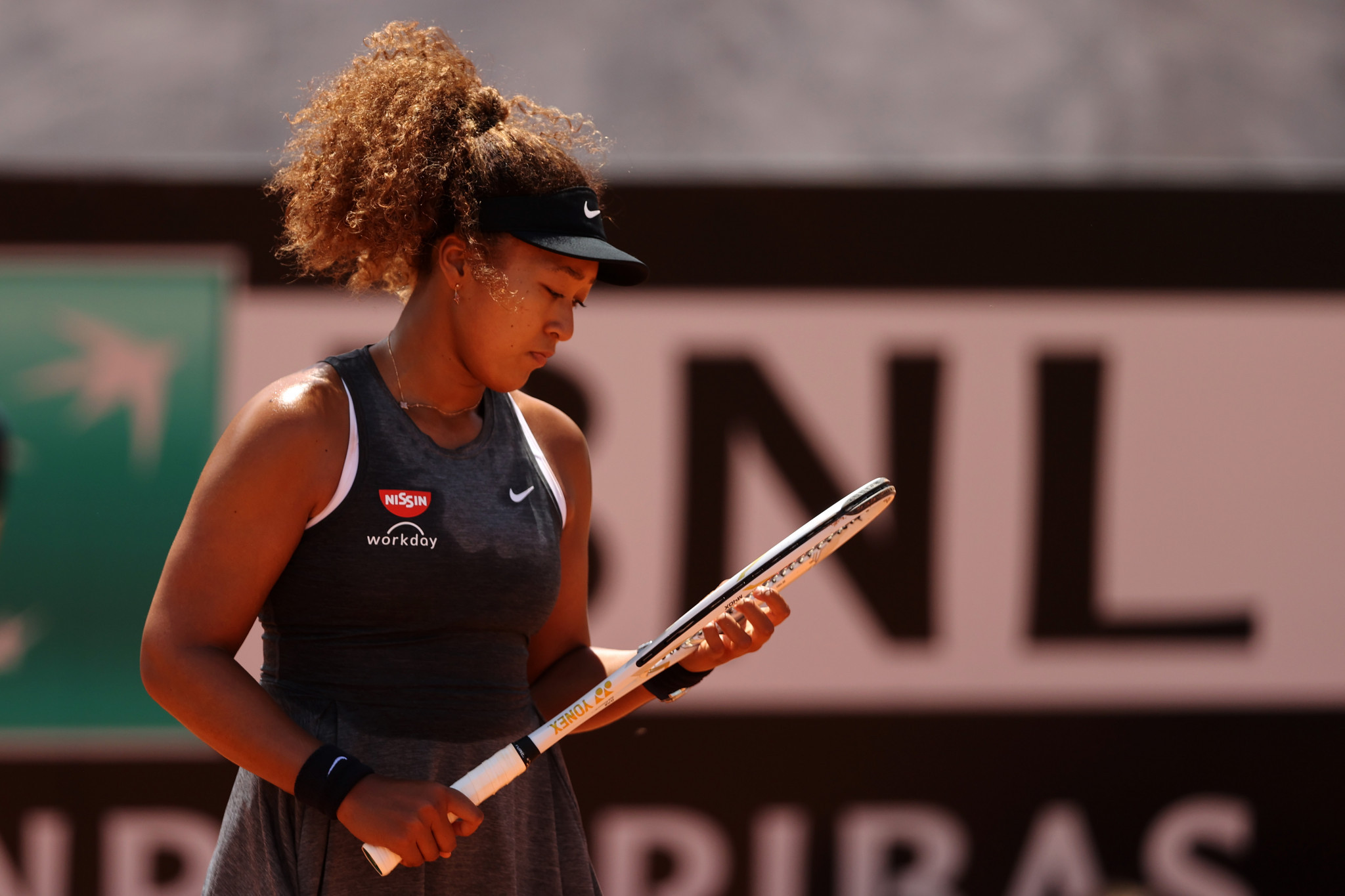 Naomi Osaka, Simona Halep and Sofia Kenin - three of the top four seeds in the women's singles - were all knocked out of the Italian Open on a dramatic day in Rome, as was Serena Williams.

Romania's Halep was a set ahead against fellow Grand Slam winner Angelique Kerber of Germany before suffering a calf injury which forced her retire - and leaves Halep's participation at the French Open in doubt.

The score was 6-1, 3-3 in Halep's favour at the Foro Italico when she retired.

Halep has since confirmed the injury is a calf tear; the French Open, the second Grand Slam of the year, starts on May 30.

Williams, Kenin, Osaka and Halep all received byes into the second round, so have exited the Women's Tennis Association Premier 1000 tournament at the first hurdle.

Unfortunately an ultrasound has revealed that I have a tear in my left calf. I will get an MRI tomorrow to understand the injury in more detail, but at the moment we are unsure of recovery time. I’m so disappointed to end my tournament in Rome like this... pic.twitter.com/Fx58WWg796

With Canada's Bianca Andreescu having withdrawn pre-tournament due to catching COVID-19, just three of the top eight seeds remain.

World number one Ashleigh Barty - the 2019 French Open champion who did not defend the clay-court Grand Slam title last year over coronavirus concerns - is one of them.

Ukraine's Elina Svitolina fought back to defeat the United States' Amanda Anisimova 2-6, 6-3, 6-4, and the fifth seed has set up an eye-catching third-round match versus Garbiñe Muguruza of Spain, a former French Open winner.

In the men's singles, the match between 20-time Grand Slam champion Rafael Nadal and rising Italian star Jannik Sinner was the main attraction.

Nineteen-year-old Sinner put up a good fight, but, on his favoured clay, Nadal proved too strong and won 7-5, 6-4.

Another ascending player, Canada's Denis Shapovalov, awaits for the Spaniard in the last year.

Six other top-10 seeds, including Austria's US Open champion Dominic Thiem and home favourite Matteo Berrettini, advanced to the third round.

German Alexander Zverev was among that group, and his match against Japan's Kei Nishikori is among the pick of the last-16 encounters.