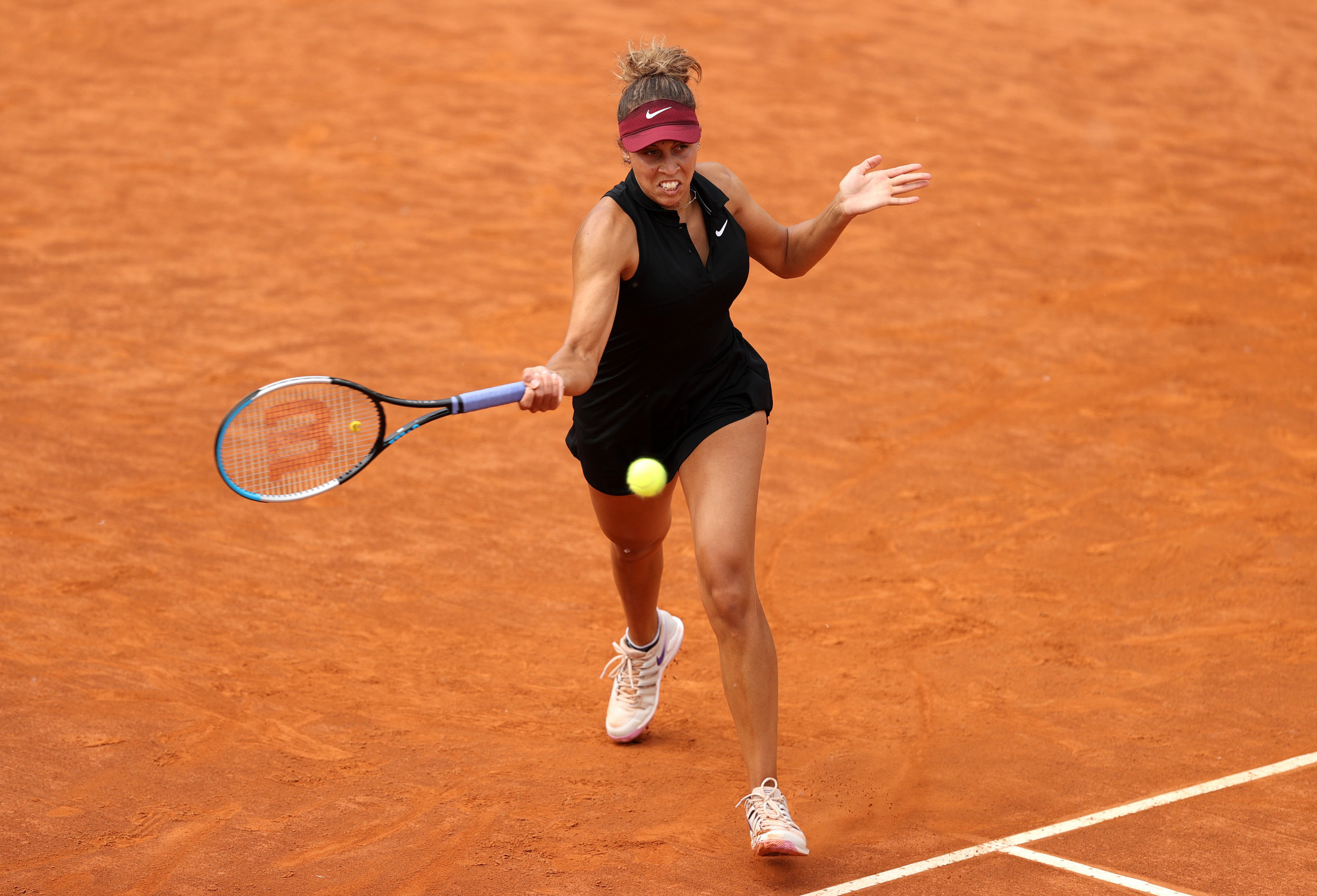 Madison Keys got the better of Sloane Stephens in an all-American opening-round clash as she gained revenge over her long-standing rival at the Italian Open in Rome.

Last month, Stephens beat Keys in straight sets in the second round of the Charleston Open.

It was also the longest-ever match between the pair who contested the US Open final in 2017.

France’s Kristina Mladenovic had fallen to Switzerland’s Belinda Bencic just 13 days ago in the first round of the Madrid Open.

Spanish 12th seed Garbiñe Muguruza overcame both the rain and a last-minute change of opponent as she swept into the second round.

Muguruza, a three-time Italian Open semi-finalist, was due to face Anastasia Pavlyuchenkova today, but the Russian withdrew from the event due to an abdominal injury.

Romanian Patricia Maria Tig, who lost to American Christina McHale in qualifying, replaced Pavlyuchenkova but was unable to match Muguruza who cruised to a 6-1, 6-2 victory.

"It was a weird day," said Muguruza.

"I woke up sunny, had an opponent.

"Then it turned out I had another opponent and it was raining the whole match.

"We had a little bit of everything."

A match with world number one Ashleigh Barty is Shvedova's prize.

Less than 48 hours after losing to Germany's Alexander Zverev in the Madrid Open final, Berrettini recorded his ninth win in his past 10 matches by beating Nikoloz Basilashvili of Georgia 4-6, 6-2, 6-4 in just over two hours.

He will now face Australia’s John Millman, who defeated Dušan Lajović of Serbia 6-3, 6-4.

Lajović's compatriot Novak Djokovic - the top seed - beat American Taylor Fritz 6-3, 7-6 (7-5) to reach the third round, another another Djokovic win was hardly the main takeaway from the match.

An angry Djokovic berated the umpire over playing conditions at one stage, unhappy with the among of rain falling on the clay at Foro Italico, and the contest was eventually suspended.

Monfils was competing for the first time since early February when he picked up a calf injury at the Australian Open.

Reilly Opelka, who came into this Association of Tennis Professionals Masters 1000 event with just two clay-court wins to his name, has doubled his career tally so far this week.

The big-serving American struck 20 aces past Italian wildcard Lorenzo Musetti, clinching one break in each set for a 6-4, 6-4 victory over 72 minutes.

Meanwhile, Japan’s Kei Nishikori advanced to the third round without hitting a ball after Spanish 11th seed Pablo Carreño Busta pulled out of the event due to lower back pain.