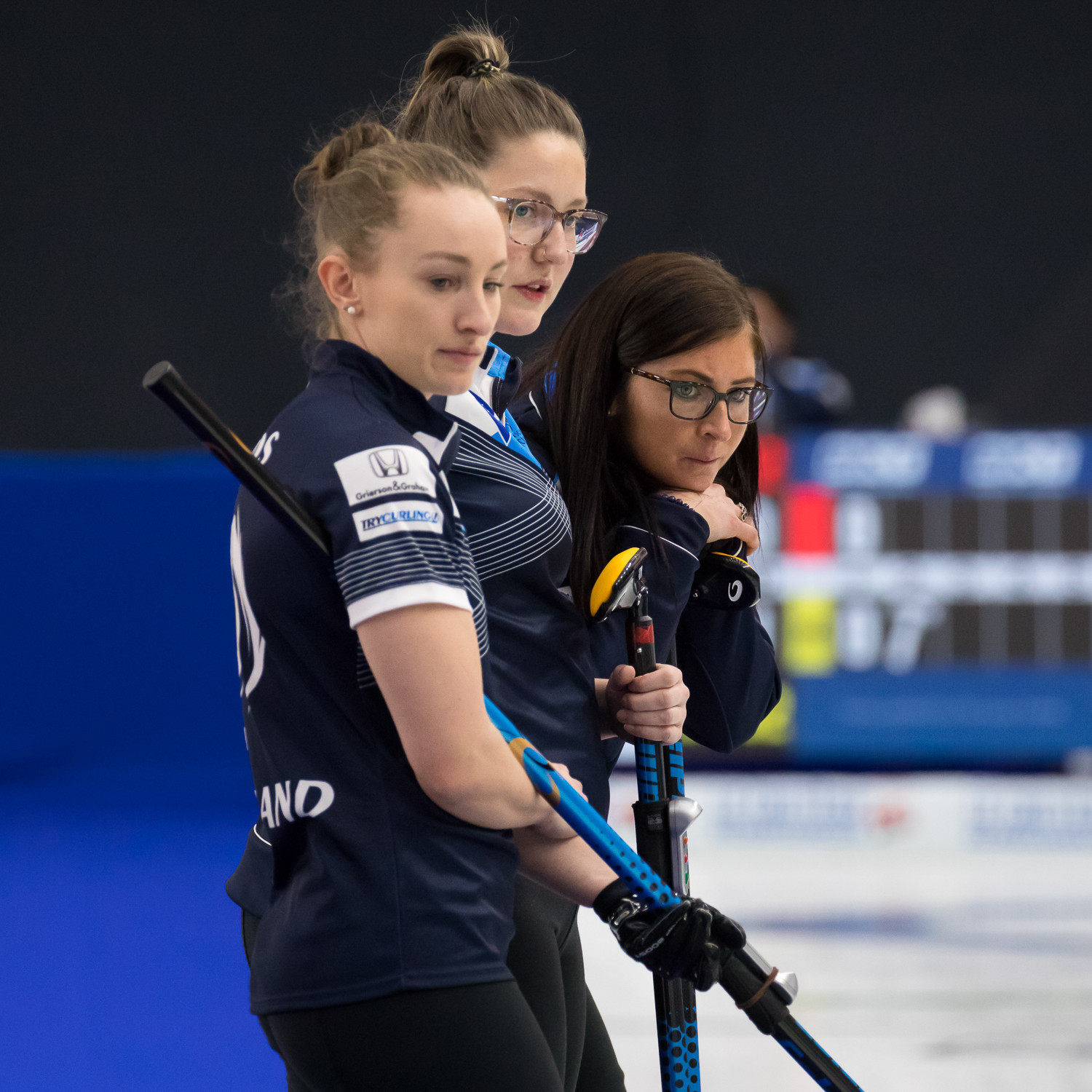 Eve Muirhead's Scotland team have been eliminated from the World Women's Curling Championship after suffering two defeats on the final day of the round-robin stage in Calgary.

Scotland's 9-5 loss against Madeleine Dupont's Denmark confirmed their opponents' place in the top six, and coupled with a 7-6 defeat to Han Yu's China meant the rink missed out on the playoffs at the WinSport Arena.

Muirhead and her side were regarded as one of the favourites prior to the tournament.

Dupont's Denmark had been considered outsiders, but ended the round-robin phase in fourth place, with their other victory today being a 6-5 win over Anna Kubešková's Czech Republic.

After 13 round robin games, here are the standings as we head into play-offs tomorrow! ? #WWCC2021 3V6 and 4v5 will be played in the first session tomorrow. GET READY! ? pic.twitter.com/xJwp5noIer

Joining them as the sixth-place finishers were Kerri Einarson's Canada, who mounted a fantastic comeback and won six of their last seven matches.

Their only match on the final day was against China, with the Canadian quartet winning 6-4.

Anna Hasselborg's Sweden claimed third place in the standings after a 9-5 victory over Stefania Constantini's Italy and a 7-5 win against Sayaka Yoshimura's Japan.

Silvana Tirinzoni's Switzerland topped the table after an 8-3 win over Daniela Jentsch's Germany and a 9-5 victory over Marie Turmann's Estonia, who finished bottom of the table.

Kim Eun-jung's South Korea finished in following a a 7-5 win over the Czech Republic.

Denmark are set to face the US in of of the two qualification games, while Sweden play Canada on the other end of the bracket.

The winners of those matches will play Switzerland and the RCF in the semi-finals.