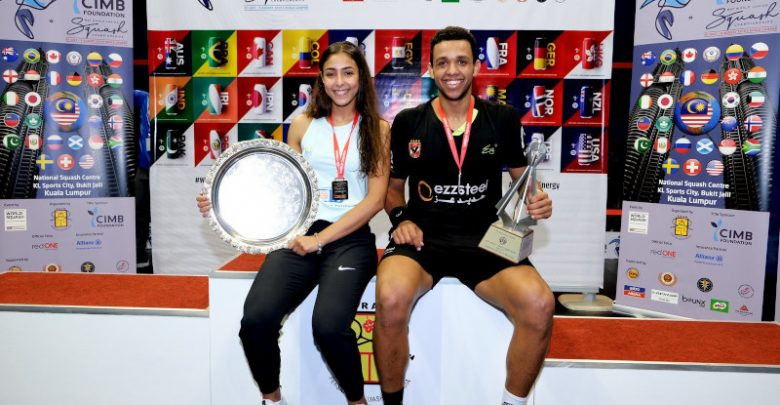 The World Squash Federation (WSF) Board has awarded the 2022 Men's World Junior Team and Individuals Championships to Russia for the first time, with competition set to take place in St. Petersburg.

This event will feature both a men's and women's individual competition, as well as the WSF Men's World Team Junior Championships, with these taking place at the RC Club and Squash Center Liga.

Dates have not yet been confirmed for the competitions, with these set to be revealed later this year.

"This is not only an exciting and historic occasion of our first World Championship in Russia but will also be a fabulous experience for the world’s junior players to visit St. Petersburg.

"Russia is one of our rapidly developing squash nations and the Russian Squash Federation have done a tremendous job in building new clubs and attracting new players to the sport.

"This next chapter of the WSF Men’s World Junior Team & Individuals Championships promises to be exciting, and I wish everyone competing the best of luck."

The Court of Arbitration for Sport halved the four-year ban on Russia, initially imposed by the World Anti-Doping Agency (WADA), for anti-doping violations.

Russian athletes can only compete at the Olympic Games and World Championships as neutrals and its flag, anthem and symbols have been banned.

Russia are also banned from hosting major events during this period.

"We are delighted and honoured to host the 2022 WSF Men’s World Junior Team & Individuals Championships in Russia and would like to thank the WSF Board for this opportunity," said Russian Squash Federation President Dmitry Bronnikov.

"Compared to most of the other host candidates, squash is just starting to develop in Russia, but we already have broad experience hosting professional events, including a World Squash Championship qualifying event in 2019.

"St. Petersburg is a great location with a number of accredited courts in perfect condition and a rapidly growing squash audience.

"The city is also the cultural capital of Russia and one of the world’s top tourist destinations, which the juniors will definitely enjoy.

"We believe that such a major squash event in Russia will not only boost development of our sport but will also help to demonstrate the global presence of squash."