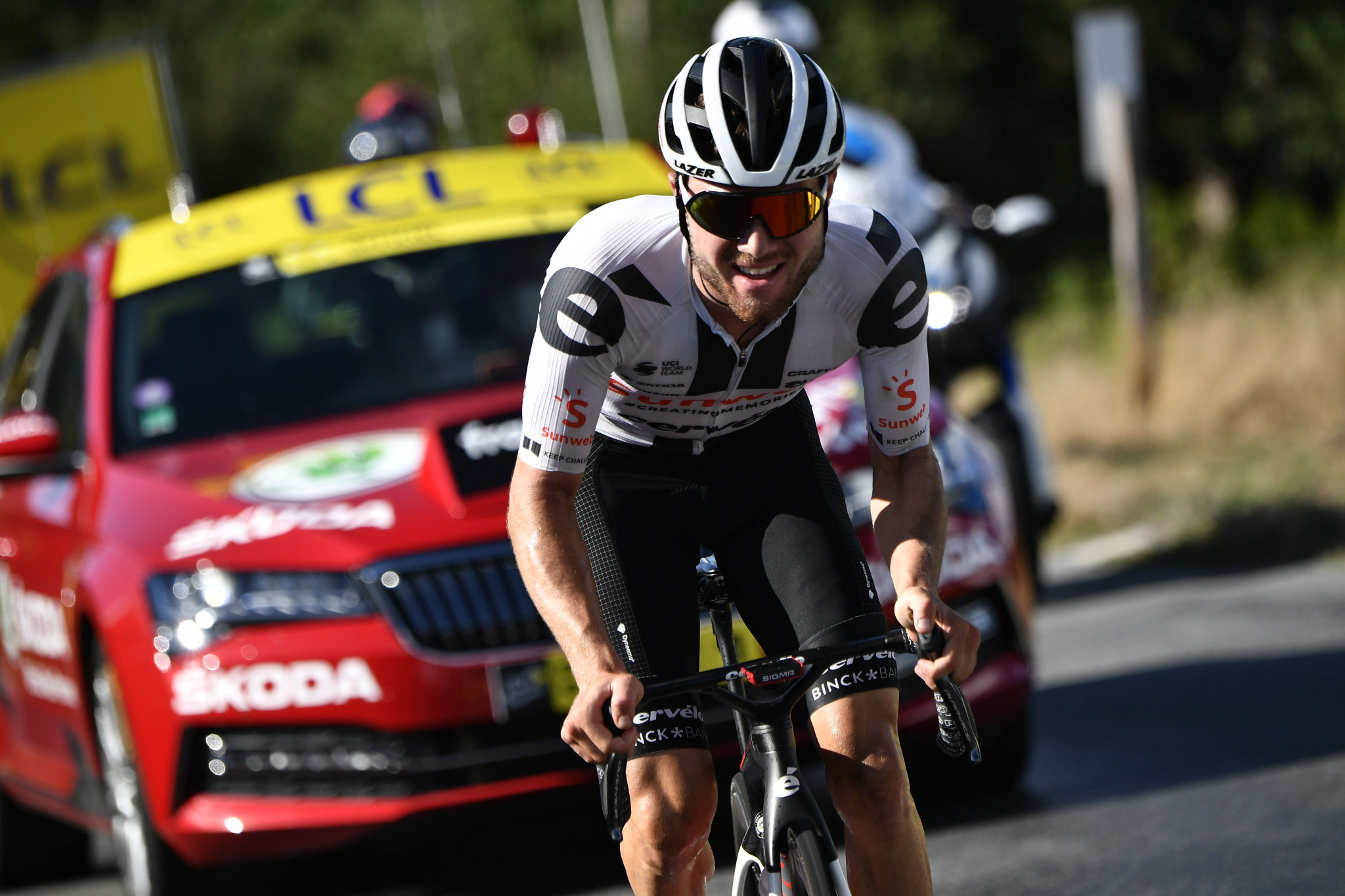 Hirschi took a surprising victory in Belgium in 2020, becoming the youngest-ever winner of the race at the age of 22 and only the second rider to win on their debut.

Cycling icon Eddy Merckx of Belgium is the other.

Pogačar's Slovenian compatriot Primož Roglič of Jumbo-Visma is in strong form following a victory at the six-day Tour of the Basque Country earlier this month and another contender.

France's Julian Alaphilippe of Deceuninck-QuickStep, who won the one-day race in 2018 and 2019, is also set to feature.

Spain's Alejandro Valverde is due to compete in the race for the last time, after announcing that he would retire at the end of the 2021 season.

The 40-year-old won four consecutive La Flèche Wallonne titles from 2014 to 2017 and has won five in total.

This year's route is set to cover 192 kilometres from Belgian city Charleroi to the municipality of Huy.

🔎 From Charleroi to Huy, a detailed look at the 192km and the 12 climbs of the #FlecheWallonne 2021. pic.twitter.com/q10FAsqr9i

Dutch rider and double world champion Anna van der Breggen of SD Worx will be aiming for a seventh straight title in the women's race, already holding the all-time record with six wins at the race.

Having won every edition since 2015, Van der Breggen will be a tough nut to crack, but if anyone can defeat her it could be compatriot and team mate Demi Vollering.

Vollering was third last year and the new SD Worx signing has been solid throughout the spring, including a second-place finish at the Amstel Gold Race on Sunday (April 18).

Away from The Netherlands, Denmark's Cecilie Uttrup Ludwig of FDJ Nouvelle-Aquitaine Futuroscope will look to improve on her 2020 result, where she was second.

With a stronger team around her, Uttrup Ludwig could finally win a first International Cycling Union Women's WorldTour race.

An outside shot could be 20-year-old Australian Sarah Gigante of Tibco-Silicon Valley Bank, who has only recently joined the circuit but has looked strong so far.

La Flèche Wallonne Féminine is set to take place tomorrow on a 130.2km route, starting and finishing in Huy.