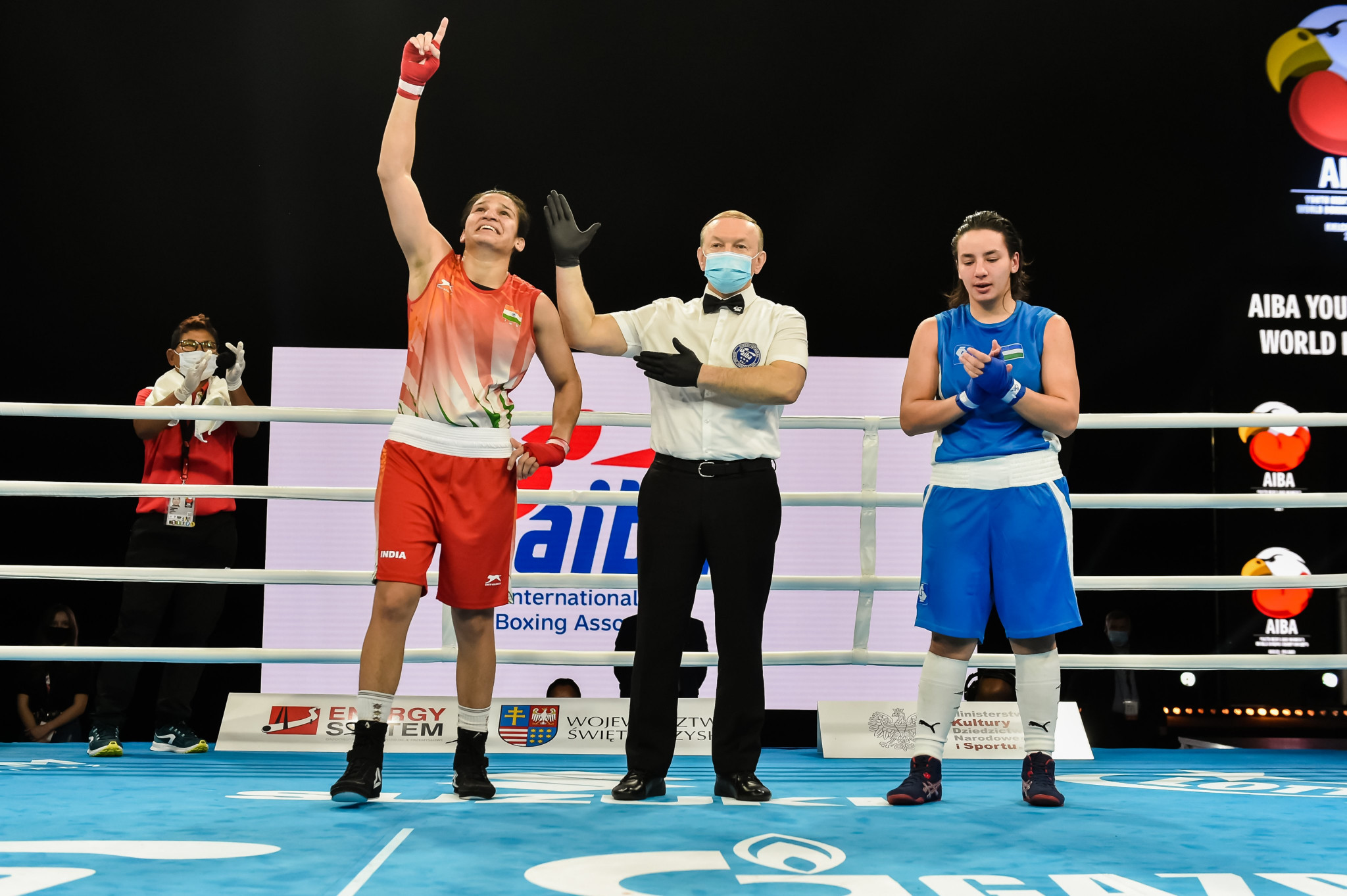 India's women had a remarkable day at the International Boxing Association (AIBA) Youth World Championships as all seven won their semi-finals in Kielce.

The nation is already guaranteed 11 medals - the most at the tournament, along with Russia - and India's women went unbeaten in the semi-finals at the Polish venue.

Gitika will face home fighter Natalia Kuczewska in the light-flyweight final, after the Pole saw off Thailand's Thipsatcha Yodwaree with a high-tempo display.

Gitika beat Erika Prisciandaro of Italy on the scorecards of all five judges.

Whereas the Indian fighter outclassed Uzbekistan's Khadichabonu Abdullaeva today, winning 30-27 in the eyes of all five judges, Marcinkowska was pushed all the way by Zhasmin Kizatova of Kazakhstan and won 4-1 on the judges' scores, with each deciding the fight by a lone point.

Sachin became the eighth Indian boxer to reach a final with victory over Italian Michele Baldassi in the men's under-56kg semi-finals in the evening session, but he was the only one of India's four men to advance today.

Eight Russian boxers are through to finals - the same number India boasts - and five of Russia's semi-final wins came in the evening session, when men's bouts were held.

An Indian and a Russian will go toe-to-toe in the women's flyweight final, with Valeriia Linkova due to face Chanu.

Sachin will face Yerbolat Sabyr in the men's under-56kg final, with Sabyr one of six boxers from Kazakhstan to reach a gold-medal match.