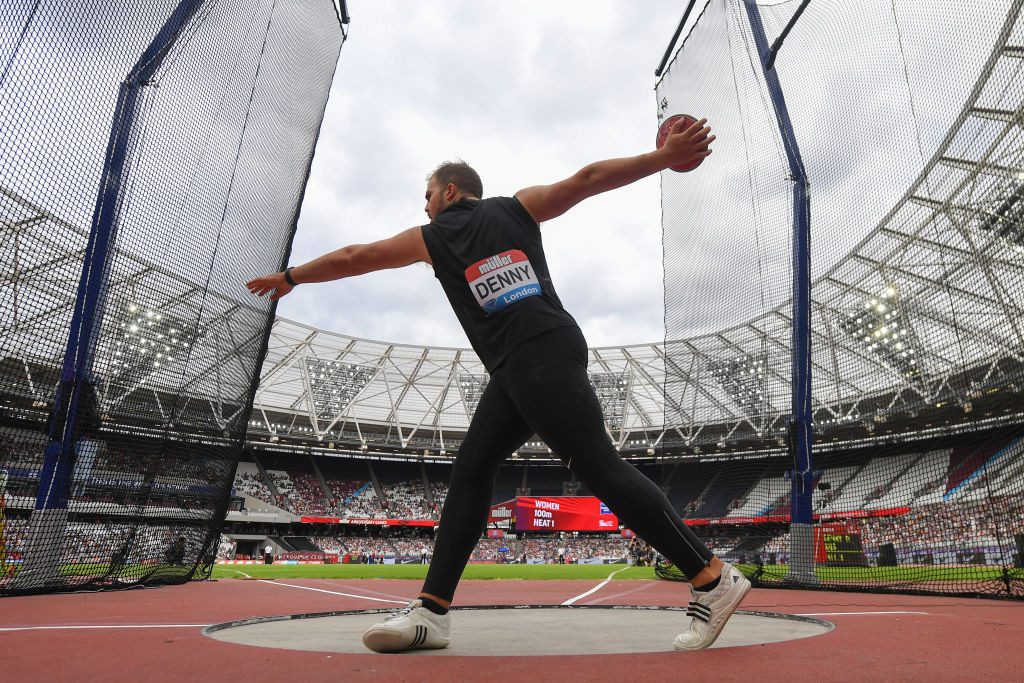 UK Athletics (UKA) and the Diamond League maintain that the Anniversary Games will take place as planned at the London Stadium on July 13 despite a proposal to relocate it because of a likely staging cost of £3million ($4.2million/€3.5million).

The response from the two governing bodies comes after London's Evening Standard revealed discussions had taken place between UKA and the London Legacy Development Corporation (LLDC) over transferring the annual event elsewhere because of the unusually high cost of configuring and reconfiguring the stadium - home of Premier League football team West Ham United - for an anticipated 20,000 spectators.

The venue was built to host the London 2012 Opening and Closing Ceremonies as well as the Olympic and Paralympic athletics events.

Due to the COVID-19 pandemic the usual range of concerts will not be held at the London Stadium in the coming months, and the Anniversary Games is the only event due to take place at the venue either side of West Ham's respective Premier League seasons.

This means costs associated with changing the stadium set-up will not be spread across multiple events.

Stadium bosses have offered to cover the costs of UKA relocating to another venue, but UKA and the Diamond League are insistent that this will not happen.

A spokesperson for the Diamond League told insidethegames: "There is a contract in place between the stadium and UKA and we’re not expecting it to go elsewhere.

"We are planning for a Wanda Diamond League meeting to take place in the London Stadium on July 13."

It is believed that Gateshead and Manchester are the only two viable options to step in, although Gateshead was recently chosen to host next month's Diamond League season opener instead of Rabat because of pandemic restrictions in Morocco.

A spokesperson for the LLDC had told the Evening Standard: "Like many venues, the Covid pandemic means London Stadium will not host the usual summer events in 2021.

"For the stadium, and ultimately the taxpayer, to face costs of around £3million to prepare for just one evening of athletics rather than the full summer calendar, where the cost would be spread between several events, seems disproportionate in these extraordinary times.

"We have reached out to UKA to discuss alternative options for this summer’s event, including an offer to cover the costs of moving the event to another venue. We believe this is a sensible way forward for all concerned under the circumstances.

"It will mean the event can still be held without disrupting Team GB’s Olympic preparations and delivers best value to the taxpayer. We would want UKA to see this is the best way forward in light of the circumstances caused by the pandemic."

UKA shares the Diamond League's stance and said: "This would be an unacceptable breach of a longstanding agreement that forms an important part of the 2012 Olympic legacy plans.

"We expect the contract to be honoured and the event to take place at the Olympic Stadium as do the athletes, broadcasters, sponsors and most importantly the fans.

"This is not only a key part of our Olympic and Paralympic athletes’ preparation for Tokyo but an opportunity for fans and young athletes from the local community to return to one of the most iconic athletic venues in world sport.

"It would be a travesty for the sport after such a long wait for world-class athletics to return to the Olympic Stadium if our athletes and fans are denied a crucial send-off to Tokyo."