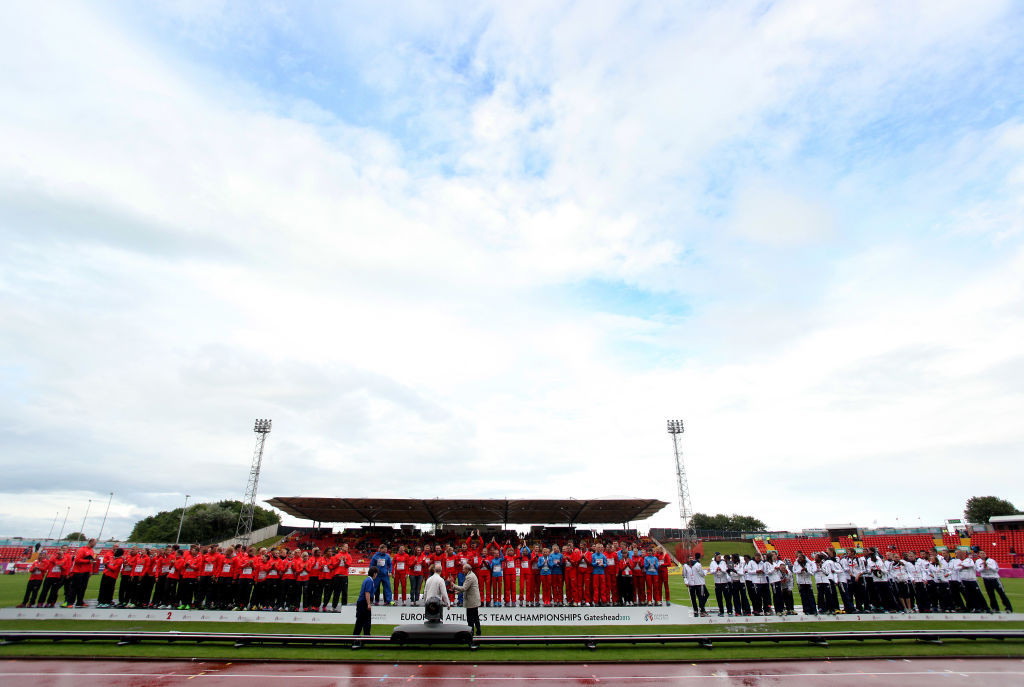 The Diamond League today confirmed that the British venue of Gateshead has stepped in to host the opening event of the 2021 programme on May 23 in place of Rabat.

The meeting initially scheduled for the Moroccan capital has been cancelled due to local coronavirus restrictions.

The Gateshead International Stadium will thus host its first Diamond League meeting since the series' inaugural year of 2010, having had to cancel a staging in September last year because of its own local COVID-19 restrictions.

The switch means that Britain will once again have two Diamond League meetings, with Gateshead being followed by the Anniversary Games set for July 13 in the London Stadium that hosted the 2012 Olympic and Paralympic athletics.

Britain's world 200 metres champion Dina Asher-Smith is expected to make her first outdoor appearance at Gateshead, in the north-east of England, and multiple world and Olympic champion Sir Mo Farah is likely to use the meeting to prepare for his defence of the 10,000m title at the Tokyo Games.

In further changes to the 2021 calendar, Rome’s Pietro Mennea Golden Gala will this year relocate to Florence, while Oslo’s Bislett Games will be postponed until July to comply with local coronavirus restrictions.

? This year’s #DiamondLeague will now begin in Gateshead on 23rd May.

? @goldengala_roma will now take place in Florence on 10th June

As Rome's Stadio Olimpico is already a host venue for this summer's European Championship in football, the meeting traditionally based in the Italian capital will instead be held at the Stadio Luigi Ridolfi in Florence.

The date of this year's meeting will also be changed from June 4 to June 10.

The Norwegian Government announced a four-step plan for reopening last week including the suspension of major cultural and sporting events until mid-June, which means that the second scheduled Diamond League meeting in Europe must be postponed from June 10 and is now scheduled for July 1.

The new date positions the Oslo meeting just three days before Stockholm’s BAUHAUS-galan on July 4,  allowing athletes competing in both meetings to minimise travel around the Scandinavian events.

World Athletics President Sebastian Coe, chair of the Diamond League, commented: "This is an incredibly important year for our athletes as they prepare for the Tokyo 2020 Olympic Games and less than a year later the World Athletics Championships Oregon22.

"Competition and training are two very different things so the Wanda Diamond League and our other one-day meetings around the world will give athletes the opportunity to qualify for events, earn World Ranking points and prize money and benchmark their performances against the competition they will face in Tokyo and then Oregon in 2022."

In contrast to the piecemeal arrangements put together last year, the 2021 Diamond League is set to be a full, structured series in which athletes compete for a place in the Final and a shot at the Diamond Trophy.

In the first 13 meetings athletes will earn points in a bid to qualify for the Final in Zurich on September 8 to 9, where they have the chance to become the Diamond League champion in their chosen discipline.