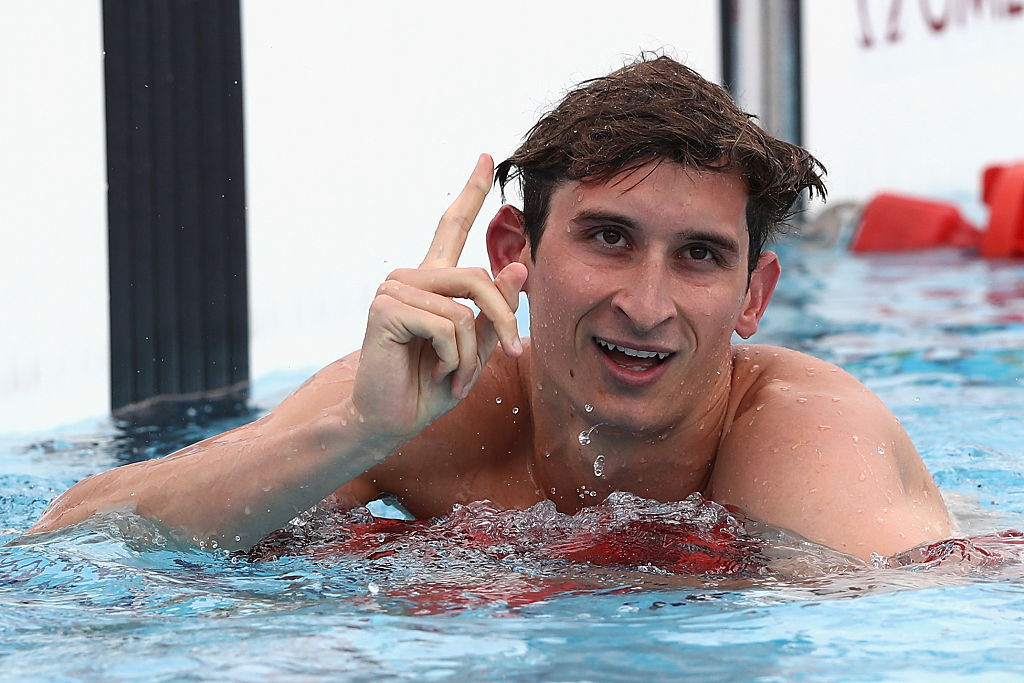 Five top European competitors, including two former world champions, will contest one place on the International Modern Pentathlon Union (UIPM) Athletes' Committee when elections take place for the Paris 2024 cycle during the World Championships in Cairo in June.

The European category is the most competitive of the six involved, with the election for Asia, where there are just two candidates, the only other where there will be a contest.

Also in the mix will be Ireland's 30-year-old Natalya Coyle, who is qualified to compete at what will be her third Olympics at Tokyo 2020.

Alexander Lifanov of Russia, the individual champion at the 2019 Military World Games in Wuhan, and Dmytro Kirpulianskyi of Ukraine, are the other European candidates.

The Asian nomination will be contested by China's Tokyo 2020 qualifier Shuai Luo, the bronze medallist at the 2018 Asian Games, and Chinese Taipei's Shen Hung Liu.

One athlete from each of the six continental areas will be elected, which means there will be automatic places for the four nominated as their area's only candidate.

The Athletes' Committee elections will be split into two rounds.

After the first round of voting, the six nominated continental representatives will have their names removed from a second worldwide ballot from which a seventh member will be elected.

All of the 11 athletes nominated for the first round of voting, apart from Jamieson, put their names forward for the second list, on which Turkey's Ilke Ozyuksel additionally features.

The overall picture is very similar for the Coaches' Committee election that will also be held, with four names chasing the single European nomination.

These are Waldemar de Makay of Belarus, Christian Roudaut of France, Janos Martinek of Hungary and Alexei Vasilianov of Moldova.

The Coaches' Committee involves one round of voting in which six continental representatives will be chosen.

A key issue for the UIPM is a controversial new 90-minute modern pentathlon format which has been proposed for the 2024 Olympic Games in Paris.

UIPM President Dr Klaus Schormann said: "We are very much looking forward to the elections for the UIPM Athletes' and Coaches' Committees in June 2021 and I would urge every athlete and coach from our community to attend the elections in Cairo and cast their vote.

"Along with the UIPM Technical Committee, our athletes and coaches have an important responsibility to represent their peers in these important decision-making forums during the next cycle of the Olympic Summer Games Paris 2024."

UIPM secretary general Shiny Fang added: "We had a very positive response to the call for candidates in 2020, and we are delighted now to be in a position to present the eligible candidates after the unforeseen delays of the past 12 months.

"The candidates truly represent the diversity of our global community, and we all look forward to working with the candidates who are successful in the forthcoming elections in shaping our sport in the years to come."