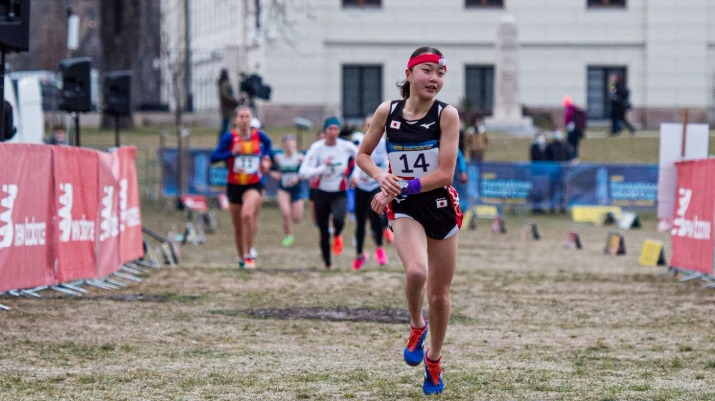 Japan’s 13-year-old Natsu Ohta got the opening International Modern Pentathlon Union (UIPM) World Cup of the season in Budapest off to a sensational start today as she finished joint top of the women’s qualifying on her debut in senior competition.

With the riding element being added into the mix in the final, scheduled for Friday (March 26), and with full-throttle performances expected from her 35 fellow finalists, the prodigious youngster might find it tough to replicate her success.

But the extraordinary performance of this diminutive pentathlete today raises heady prospects - it is even possible that she could qualify to represent the host nation in the rescheduled Tokyo 2020 Olympic Games this summer.

Ohta, who is not in the top 257 world-ranked women, will now have all eyes on her in what is the first UIPM World Cup competition to be held for 13 months.

According to the UIPM website she is four foot six inches tall, weighs five and a half stone and will not turn 14 until September 11 this year.

Ohta caused a stir within the sport at the UIPM 2019 Youth World Championships when she won gold in the Under-17 Women’s Relay alongside her sister Kaede against much older competitors.

But this achievement was on another level.

Competing in the third qualifying group, Ohta finished 18th in the opening fencing, with 12 wins and 14 defeats, and 11th in the swimming where she clocked 2min 13.15sec.

But as she started the concluding laser run in 14th place, 37 seconds down on the first athlete to set off, Hungary’s Sarolta Kovacs, it was far from certain that she would secure one of the 36 places in the final.

Surrounded by athletes of the calibre of 2019 world silver medallist Elena Micheli of Italy, 2017 World Cup Final winner Tamara Alekszejev of Hungary and Laser Run world record holder Ilke Ozyuksel of Turkey, she surged to the front to win in 12min 07.00sec.

Her total score of 1,059 points was the joint-highest of the 80 athletes taking part on the opening day of the World Cup season, matched only by Elena Potapenko of Kazakhstan.

Ohta’s first recorded international result according to UIPM was a 25th placing at the Polish National Open on March 31, 2019.

Should she progress to the point where Japan wanted to choose her for a home Olympics, there is nothing within UIPM rules to prevent this from happening.

The UIPM regulations state that "with permission from the competent national body, a pentathlete may compete in any higher age group."

Elsewhere, France’s world number one and and Rio 2016 silver medallist Elodie Clouvel was among the pacesetters along with Britain’s world number three Kate French and 2018 world champion and Beijing 2008 bronze medallist Anastasiya Prokopenko of Belarus.

Men’s qualifying for the final, scheduled for Saturday (March 27), is due to take place tomorrow, with Britain’s world number one Michael Choong in the field.

Sensational story coming out of the first day of #PentathlonWorldCup Budapest 🇭🇺

Thirty three of the world’s top 40 pentathletes have gathered to seek Tokyo 2020 Olympic qualification points at the University of Public Speaking, Ludovica.

The season is largely set to be centred on Hungary and Bulgaria as athletes build towards the rescheduled Tokyo 2020 Olympic and Paralympic Games.

After the current competition in the Hungarian capital concludes on Saturday, back-to-back contests are scheduled in Sofia, Bulgaria, in April, before the World Cup returns to Budapest for the final event.

The World Cup Final had initially been scheduled to take place in South Korea, but the event was moved to Hungary due to the challenges posed by COVID-19 quarantine restrictions in Seoul.

A mixed relay competition is set to complete the World Cup event on Sunday (March 28).