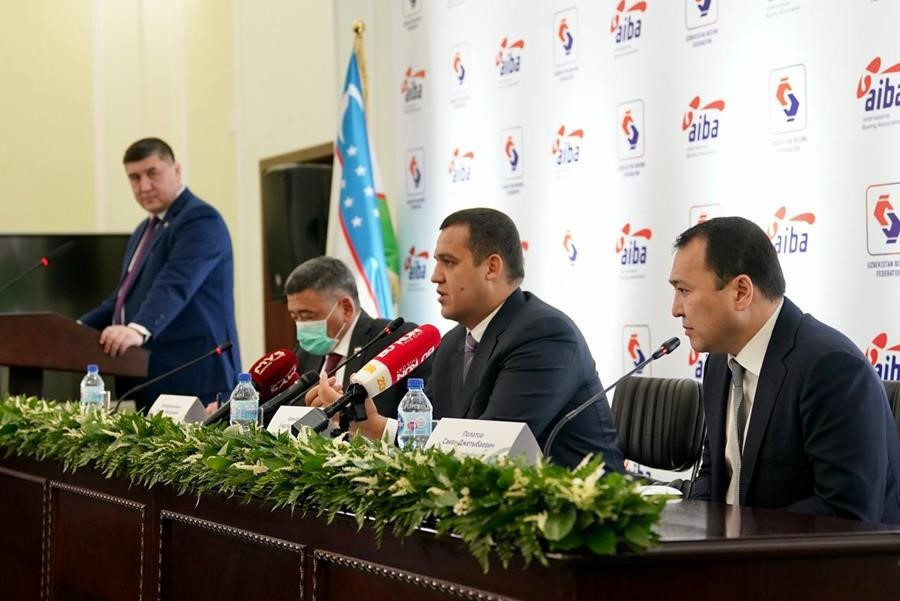 AIBA said a bid was presented by the Boxing Federation of Uzbekistan, which ultimately saw the organisation's Board voting in favour of its candidature.

AIBA President Umar Kremlev confirmed Tashkent as the host city during a visit to Uzbekistan.

"I am happy to announce Uzbekistan, the country which has strong boxers and a champion's character, to be the host of the 2023 Championships," Kremlev said.

"I am confident in the high-level organisation, the huge fan's support and spectacular fights."

Uzbekistan is set to host the Men’s World Championships for the first time, with the 2023 event marking the 22nd staging of the AIBA competition.

Uzbekistan ranks sixth in the all-time medals tally for the Men’s World Championships, with its boxers having earned nine gold, 14 silver and 18 bronze medals to date.

Uzbekistan National Olympic Committee President Rustam Shaabdurakhmonov highlighted the country’s boxing heritage during a meeting with Kremlev, which was also attended by Saken Polatov, first deputy chairman of the Boxing Federation of Uzbekistan.

"We are very thankful to our President and Government for support in the promotion of a healthy lifestyle and sports in our country," Shaabdurakhmonov said.

"Uzbekistan is one of the most active members of the International Boxing Association, we have rich boxing history.

"We are proud of our athletes and their victories.

"We are going to strengthen our cooperation with AIBA in the popularisation of boxing in our region and all around the globe.

"We have discussed the creation of an education centre for coaches and referees and judges here in Tashkent.

"This centre will work for the whole region of Central Asia."

AIBA said development of boxing in Uzbekistan and Central Asia, as well as the first stages of preparation for the World Championships, was discussed during Kremlev's visit.

"We are very grateful that AIBA awarded Uzbekistan to be a host country of the AIBA Men's World Boxing Championships," Polatov said.

"This is a great honour and huge responsibility.

"We will do our best to organize the tournament at the highest level.

"You can always count on us."

Belgrade, which last held the Men's World Championships in 1978, was awarded this year's edition of the tournament in April.

This followed AIBA stripping New Delhi in India of the hosting rights.

It was claimed the Boxing Federation of India had not paid the hosting fee required as part of the host city agreement.

The last permanent AIBA President before Kremlev, Gafur Rakhimov, is from Uzbekistan.