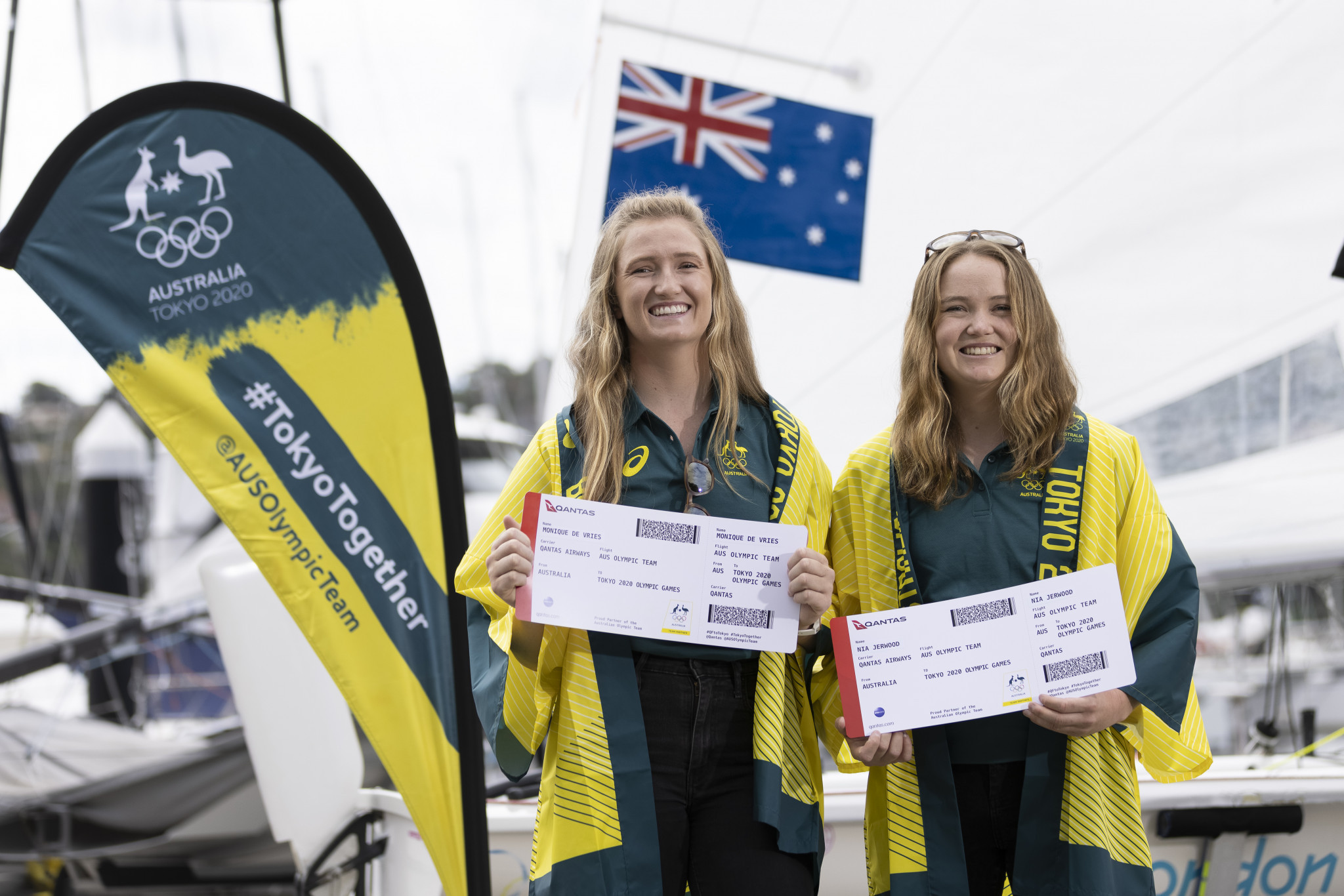 The Australian Olympic Committee (AOC) has announced the selection of Nia Jerwood and Monique De Vries to its team for the Tokyo 2020 Olympics, with the pair set to make their debut in the women's 470 class.

Jerwood and De Vries, who were named Australian Sailing's 2019 Female Sailors of the Year, became the first athletes to be added to the team in 2021.

In 2019, the pair won silver at the World Cup Series in Enoshima - the location of the sailing regatta for Tokyo 2020.

They also earned a Tokyo 2020 quota spot for Australia with a top 10 finish at the World Championship the same year.

There are now officially 80 athletes selected for the Australian team, with the final number expected to reach 480.

"They have shown incredible resilience to stay focused on their Olympic dream over the last 12 months.

"They are part of a very strong sailing team working hard for success in Tokyo.

"Australia has a rich Olympic history in sailing and Nia and Monique should be proud that so much hard work over many years will see them sailing for their country in Tokyo."

De Vries added she was honoured to make her Olympic debut.

"We've been working towards this for a really long time, so it is just so special to have all of our hard work pay off in being selected," said De Vries.

"Nia and I have had so many great influences from the team over the years, it's just an honour to now join that."

Jerwood expressed relief at her selection following the postponement of the Games by a year due to the COVID-19 pandemic.

Welcome to the Team Nia Jerwood and Monique de Vries 👏👏

The Perth-based duo, who were awarded @AustSail’s 2019 Female Sailor of the Year Award, will make their Olympic debut at #Tokyo2020, competing in the women’s 470 class.#TokyoTogether pic.twitter.com/C6EVcOeFfv

"We knew we had a chance of selection after our performance at the World Cup event in 2019, so with everything that has happened since that time we went through a rollercoaster of emotion to now arrive here," said Jerwood.

"We were really excited when we achieved those performances back in 2019, but today we stand here with a mix of relief and jubilation."

Already selected are debutants Mara Stransky in the laser radial, Sam and William Phillips in the 49er and Matt Wearn in the laser class.

Tess Lloyd is set to debut too in the 49er FX alongside team-mate Jaime Ryan who first competed at Rio 2016.