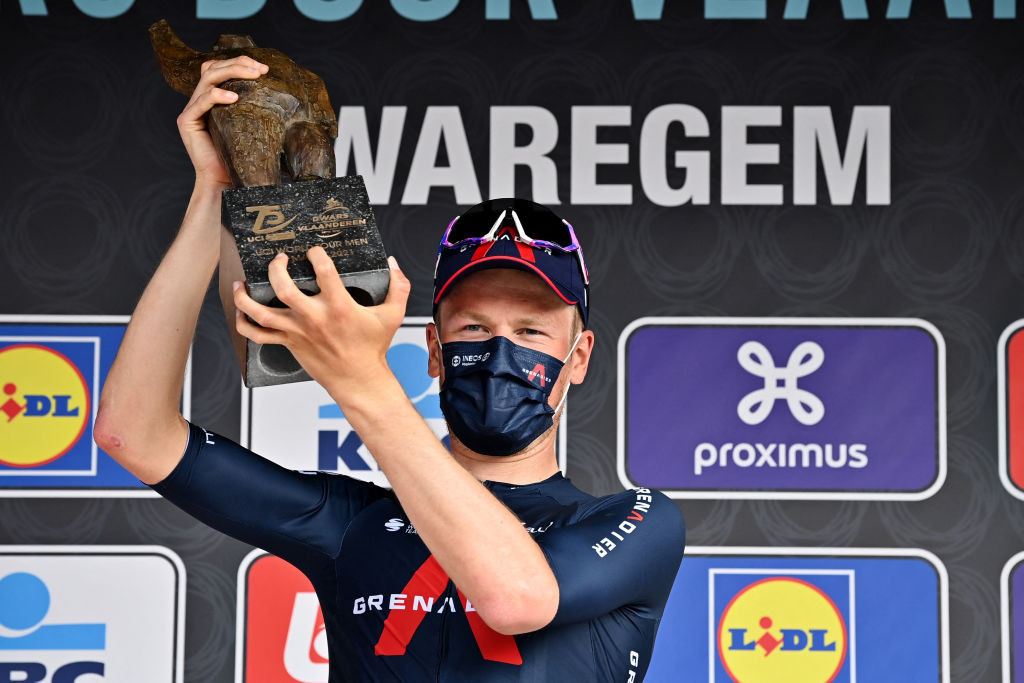 Dutch rider Dylan van Baarle rode solo for the final 50 kilometres on his way to claiming a superb victory at the Dwars door Vlaanderen in Waregem.

Van Baarle, who competes for Ineos Grenadiers, consistently held off his rivals in a superb display in the 184.1 kilometres one-day race.

The 28-year-old's victory also saw him signal his intentions prior to the Tour of Flanders on Sunday (April 4).

Van Baarle crossed the line in 3 hours 58min 59sec, 25 seconds ahead of Christophe Laporte of Cofidis.

Tim Merlier of Alpecin-Fenix ended in third as the pack caught up in the final kilometre.

Van der Poel was 58th, while Alaphilippe could only manage 22nd.

But the day's plaudits went to Van Baarle, whose performance sent a warning to his rivals ahead of the eagerly anticipated Tour of Flanders.

"To win a semi-classic is super special," said Van Baarle.

"Last year was a difficult year with everything that happened, but now we are on the good way.

"We’re approaching the Classics a bit differently this year - much more attacking.

"I’m happy I could finish it off."

Last year's Dwars door Vlaanderen was cancelled because of the coronavirus pandemic.