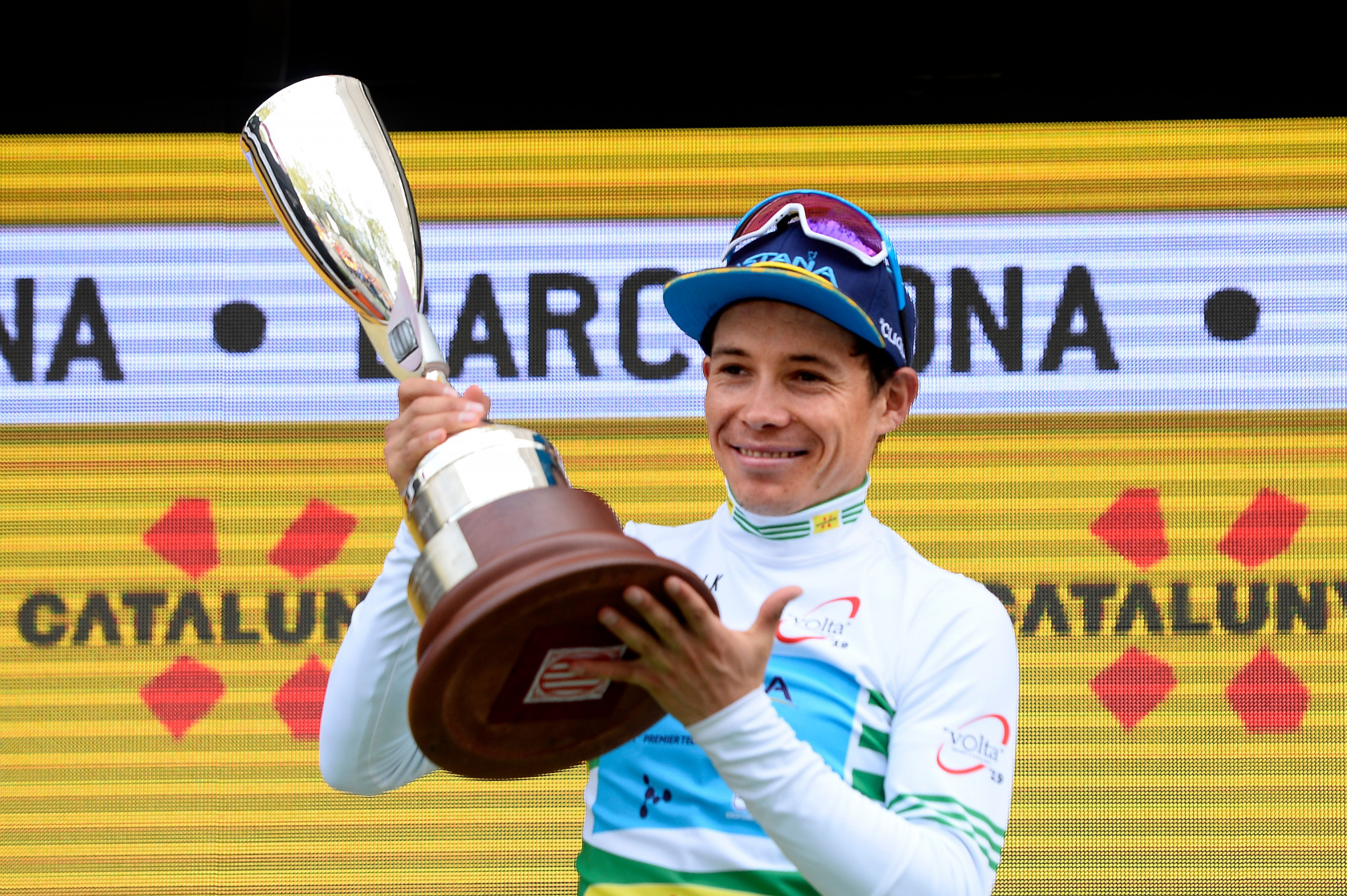 Miguel Angel Lopez survived a scare on the final stage of the Volta a Catalunya to win the stage race in Barcelona.

The Colombian held a 14-second advantage over nearest challenger Adam Yates of Great Britain heading into the seventh and final stage of the International Cycling Union (UCI) WorldTour race.

He came under pressure during the 143.1 kilometre stage in Barcelona when Yates launched a testing attack inside the final 20km.

The Mitchelton-Scott rider built an advantage of more than 30 seconds to threaten Lopez’s race lead.

Lopez’s Astana team chased impressively and with the assistance of Team Sky, who were riding for their Colombian star Egan Bernal, the deficit was reduced.

Italy’s Davide Formolo was rewarded for a solo breakaway by claiming the stage victory in 3hr 19min 41sec.

Yates' hopes of victory were brought to an end in the closing stages when he was caught by the chasing pack.

He ended 55 seconds behind the stage winner, but crucially in the same finishing group as Lopez.

Lopez maintained his 14-second lead to claim the general classification ahead of Yates, with Bernal a further three adrift to round off the podium places.

Gent-Wevelgem in Belgium also took place today, with the one-day race featuring on both the men's and women's WorldTour.

The Classic race featured a flat finish, along with three climbs of the Kemmelberg and various cobbled sections.

In the men’s race, a breakaway group formed after around 50km of the 251.5km race, with the move eventually reduced to five riders.

Three-time world champion Peter Sagan was among them, the Slovakian seeking to win the race for a record fourth time.

A long breakaway came to an end with around 20km to go, a reduced field then turning their attentions to a bunch sprint, despite other attacks.

Belgium’s Oliver Naesen was third on the same time as the winner.

The 136.9km women’s race concluded in a bunch sprint.

The Netherlands’ Kirsten Wild proved the fastest finisher as she crossed the line in 3:33:34 to win the race for the second time.

The latter remains at the top of the UCI Women’s WorldTour standings.