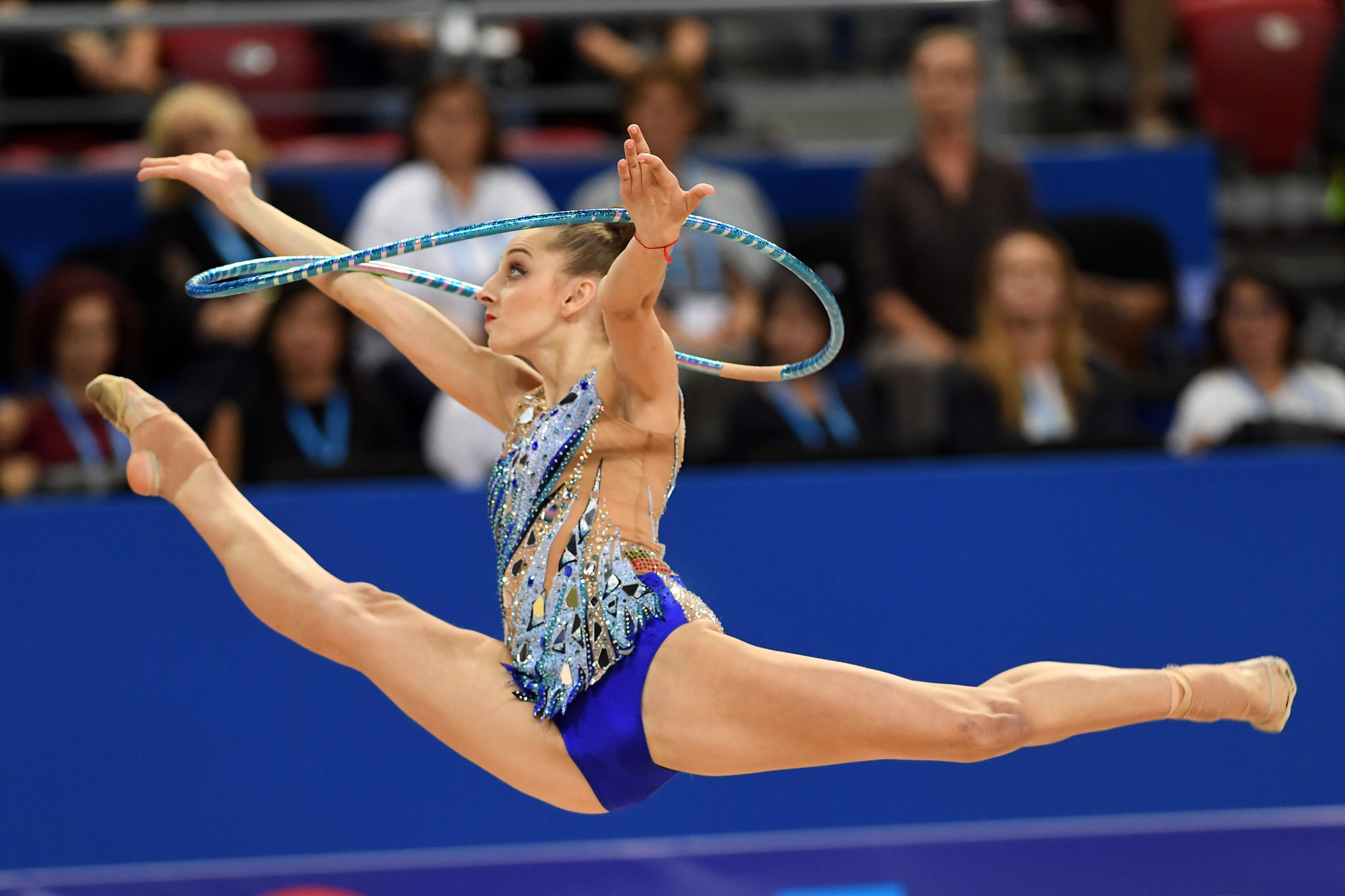 Ashram won the all-around title yesterday in the Bulgarian city and secured victory in the ball discipline.

The 21-year-old topped the standings after achieving a score of 26.500 for her routine, with Belarus' Alina Harnasko and Kaleyn completing the podium on 25.850 and 25.500, respectively.

Kaleyn claimed her first World Cup gold medals in the three remaining disciplines, with the local gymnast earning a narrow victory in the hoop competition.

A score of 26.150 was enough to head the leaderboard, with Belarus’ Anastasiia Salos and Ashram closely behind on 26.100.

Salos finished as the runner-up due to her higher execution score, leaving Ashram third.

Kaleyn enjoyed a comfortable margin of victory in the clubs competition, with her high-difficulty routine rewarded with a total of 26.100.

Italy’s Sofia Raffaeli finished second with a score of 24.950, followed by Bulgaria’s Katrin Taseva on 24.500.

It has been a day unlike any other for Boryana Kaleyn ?? at the #Rhythmic #Gymnastics World Cup in Sofia! When she came to the arena this morning, Kaleyn owned 0️⃣ World Cup gold medals. She leaves in possession of 3️⃣: for the Hoop, the Clubs, and now the Ribbon. ??? pic.twitter.com/LzHk2lCx8B

A third gold medal of the day was earned by Kaleyn in the ribbon competition, where she scored 22.150 points.

Salos and Raffaeli secured their second medals of the day, completing the podium on 21.600 and 21.350, respectively.

Bulgaria and Japan finished as the top two again in the three hoops and two pairs of clubs event, respectively scoring 39.70 and 35.800.