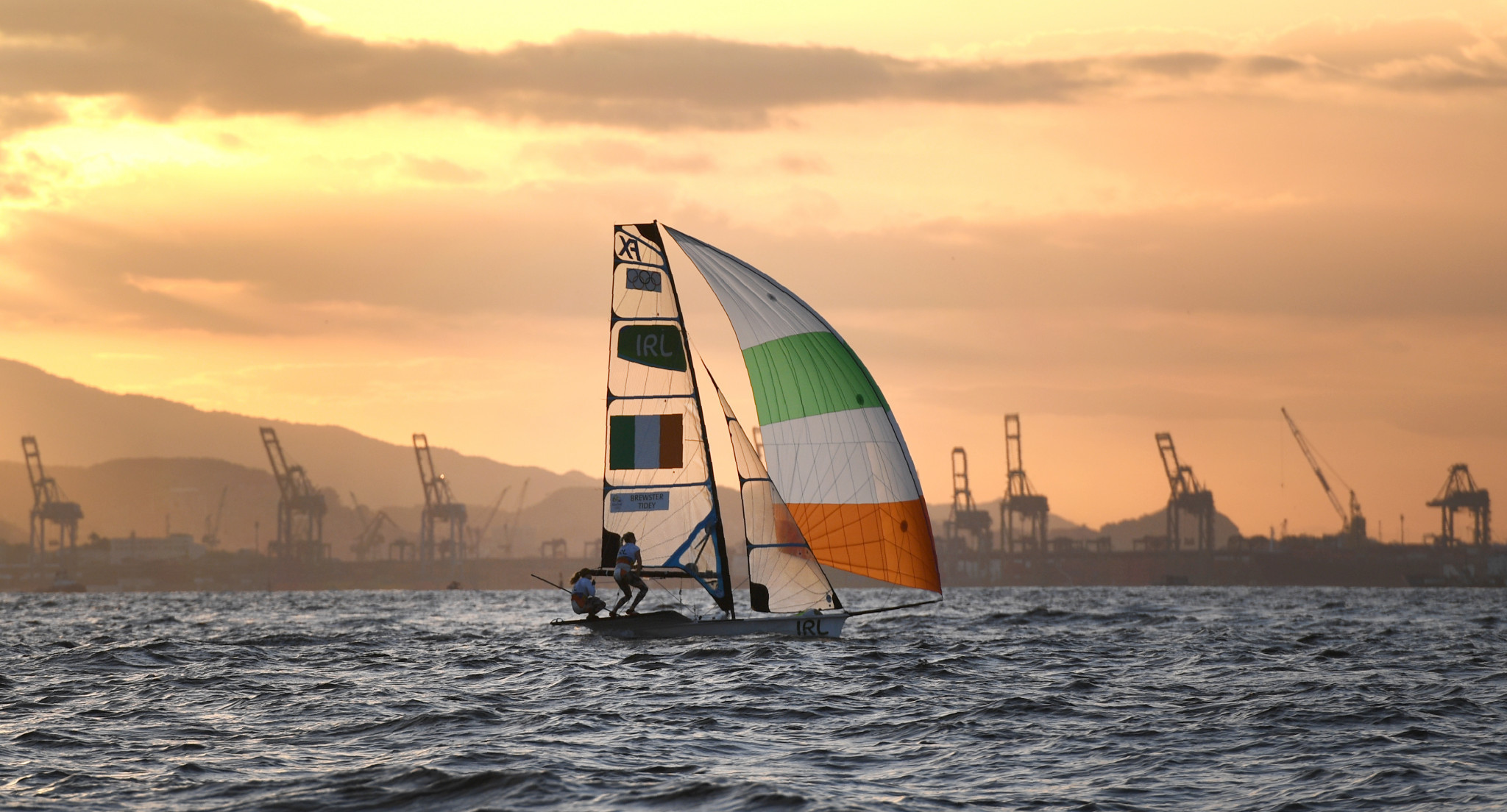 Irish pair Robert Dickson and Sean Waddilove strengthened their challenge for the final European place in the Tokyo 2020 49er class sailing event as a third place and a win kept them third overall at the Lanzarote International Regatta.

The competition in Lanzarote, Spain, is one of five events that will determine Olympic qualification for European and African nations and the Irish crew have made a confident start in their quest.

They are third on 35 points, with their nearest challenger for the European quota place, the Belgian pairing of Yannick Lefebvre and Tom Pelsmaekers losing ground in tenth place on 77 points.

The 49er section is headed by Spain’s twice European champions Diego Botin Le Chever and Iago Lopez Marra, who won the first of the two races on the day and then finished second behind the Irish.

Both Irish crews through to Gold fleet at Olympic qualifier in Lanzarote on Day 3. Robert Dickson and Sean Waddilove have moved into third overall, with Ryan Seaton and Seafra Guilfoyle in 10th. Read more here: https://t.co/AnPNCqdwJZ pic.twitter.com/MECMHm1iqw

In the women’s 49er FX, the race for the final European qualification place at Tokyo 2020 is led by Enia Nincevic and Mihaela Zjena of Croatia.

Nincevic and Zjena sit seventh overall with 63 points, after finishing 18th and third, and have extended their advantage from two to three points over their nearest rivals, the eighth-placed Belgian pair of Isaura Maenhaut and Anouk Geurts.

In the overall 49er FX race, Brazil’s Rio 2016 champions Martine Grael and Kahena Kunze lead with 34 points after an eighth place followed by a win.

In the Nacra 17 category, Sinem Kurtbay and Janne Jarvine of Finland lead the race for the final place at Tokyo 2020.

The pair move up from sixth to fifth with 71 points.

Leading the race overall are Spanish pairing Tara Pacheco and Florian Trittel, who maintained their strong form with two wins and a second place to total 30.

And in the Nacra 17 class the European place is being chased by competitors from Finland, Croatia, The Netherlands, Greece, Poland, Hungary and Russia.

The regatta is due to conclude on Friday (March 26).