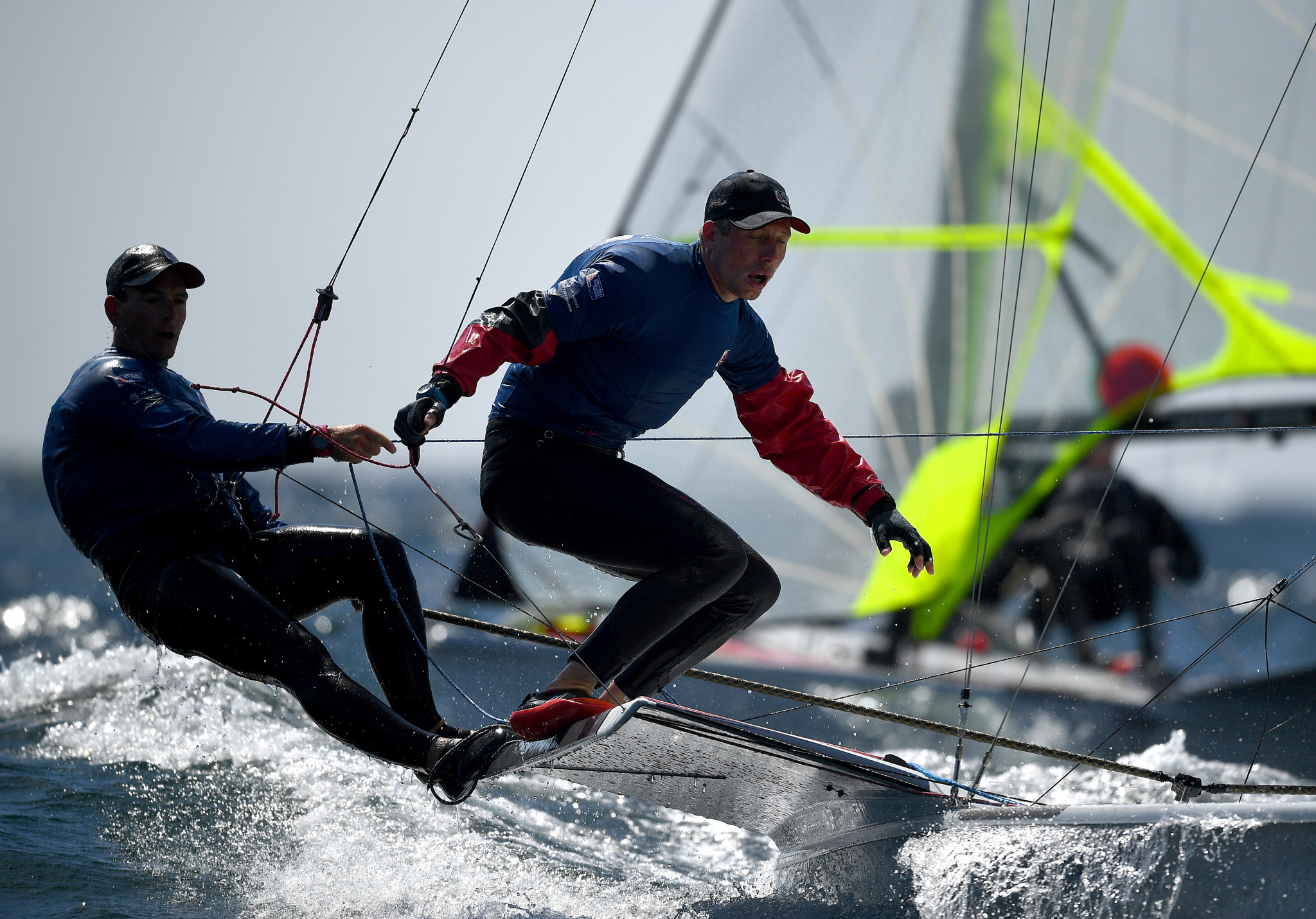 Britain's Dylan Fletcher and Stu Bithell moved into first place in the 49er class on day two of the Lanzarote International Regatta in Spain, helping their chances of qualifying for the Tokyo 2020 Olympics.

The pair won the fifth race of the day to help bring them to a total of 12 points - a point ahead of the big winners today, Jonas Warrer and Jakob Precht Jensen of Denmark.

Following a difficult start yesterday, the Danish duo won the fourth and sixth races - finishing second in their fifth race - and now sit on 13.

Spaniards Diego Botin Le Chever and Iago Lopez Marra claimed a win of their own in the fifth round, with today's competition splitting into two separate fleets, and now have 15 points.

Britain's Chris Taylor and Rhos Hawes won two races today too and now sit on 20, one ahead of yesterday's leaders Robert Dickson and Sean Waddilove of Ireland, who faltered down to fifth.

Norway's Helene Næss and Marie Rønningen are now in the lead of the 49er FX class following back-to-back second place finishes, and now have 15 points.

Round four winners Martine Grael and Kahena Kunze of Brazil are just a point behind on 16, while Annemiek Bekkering and Annette Duetz of The Netherlands were able to turn a difficult day around by winning the final race of the day, and now have 20 points.

Victoria Travascio and Maria Sol Branz of Argentina are up to fourth now on 22, while United States pair Stephanie Roble and Margaret Shea had a great second day, winning their last race of the day, helping them move up to fifth on 23.

Yesterday's leaders, Lili Sebesi and Albane Dubois, had a difficult day and now sit far off the pace on 31, down in ninth place.

Finally, Paul Kohlhoff and Alicia Stuhlemmer of Germany maintained their lead in the Nacra 17 class, now with a total of 12.

Their closest challengers are Quentin Delapierre and Manon Audinet of France, who won the final race of the day to finish with a net total of 14.

Tara Pacheco and Florian Trittel of Spain are in third on 20 points after a consistent day of sailing, while Emil Järudd and Cecilia Jonsson of Sweden finished the day in fourth on 26, helped by a victory in the opening race.

Natacha Violet Saouma-Pedersen and Mathias Bruun of Denmark struggled on day two with a low of 15th place and are now in fifth place overall.