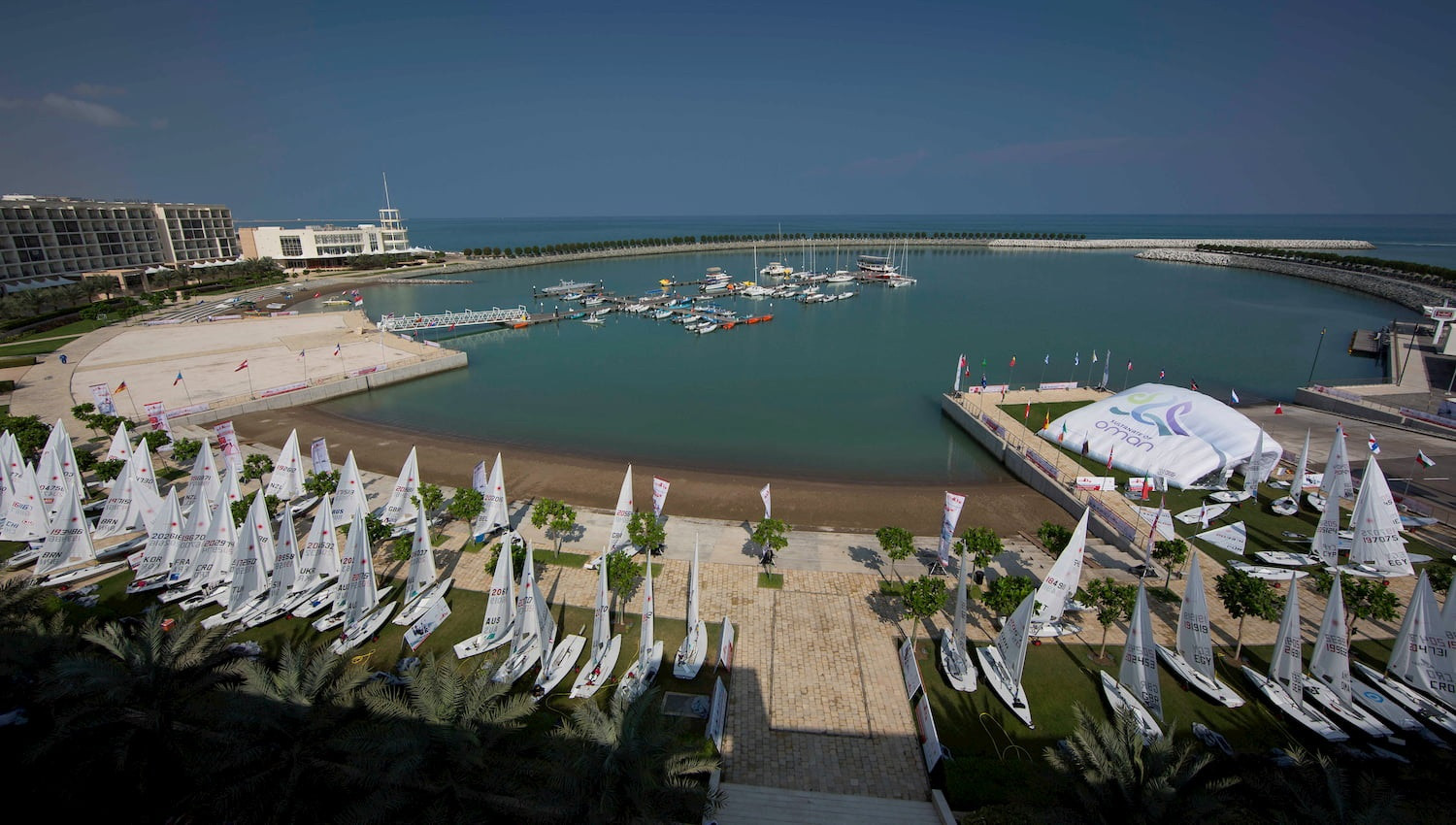 Oman is poised to host a 400-strong fleet of the world’s best sailors after winning the right to stage next year's 49er, 49erFX and Nacra 17 World Championships.

With the event scheduled to take place in Asia for the first time, sailors in the three Olympic classes will look to kick-start their journeys to Paris 2024.

The competition is due to be held from November 16 to 21 at Al-Mussanah Sports City, which was built for the 2010 Asian Beach Games.

Khamis Al Jabri, chief executive of Oman Sail, believes the event in Muscat will boost tourism in the nation.

"Hosting the 2021 49er, 49erFX, and Nacra 17 World Championships are another opportunity for the Sultanate to share its warm hospitality with the international sailing community," Al Jabri said.

"The regatta forms an important component of Oman’s Vision 2040 to boost sports and adventure tourism and will provide a variety of opportunities for local businesses and the community which will deliver positive economic return to the country.

"This is an incredibly exciting event for Oman Sail and we look forward to welcoming sailors from across the world to our shores."

"Oman has a great reputation for organizing world class regattas and we are confident that the event will be a great test for the teams as they embark on the road to Paris 2024," said Marcus Spillane, who has since stepped down as International Nacra 17 Class Association President after being elected as a World Sailing vice-president.

"As the first global sailing event after the Tokyo Olympic games, this will be a strong test of every bit of international experience the Oman Olympic Sailing team has gained against the very best in class," Al Hadi added.

"The conditions will be perfect for the sailors and coaches and we hope that our fellow sailors enjoy visiting Oman as much as we enjoy hosting them."