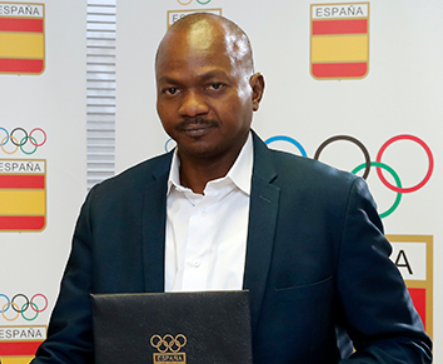 The head of the Chadian Olympic and Sports Committee (COST), Abakar Djermah, has thrown his hat into the ring to become President of the African Judo Union (AJU).

Djermah, who also leads the Judo Federation of Chad, is currently the AJU's sport director and has lead the COST since October 2017.

Combining a bid for the AJU Presidency with his duties as COST leader, Djermah visited Togolese capital Lomé earlier this month for talks with National Olympic Committee of Togo President Deladem Akpaki and the country's Sports Minister, Lidi Bessi Kama.

As well as the AJU leadership race and Djermah's vision for the organisation, sporting cooperation between Chad and Togo was discussed.

"I thank the Sports Minister for the honour of this hearing," Djermah said.

"We have been very attentive to her vision for the development of sport on the continent, and strengthening the Lomé-N'Djamena axis for the happiness of our athletes.

"We are delighted at this meeting, which enables us to further enrich our ideas and experiences for the rise of sports."

Djermah said he also outlined his candidacy for the AJU Presidency and received "useful advice for judo development".

Akpaki is running to be AJU chairman.

Mali's Habib Sissoko is the incumbent AJU President, having been elected in 2016 and taken up the post following the Rio 2016 Olympics.

AJU Presidents ordinarily serve four-year terms which end when an Ordinary Congress is held after the Olympics, but the Tokyo 2020 Olympics were postponed until 2021 because of the coronavirus pandemic, extending Sissoko's term.

Elections are due to be held on May 18 at the AJU's Congress in Morocco, with Sissoko expected to step down.

Siteny Thierry Randrianasoloniaiko, head of the Malagasy Olympic Committee, AJU chairman and Madagascar Judo Federation leader, is also standing for President and has indicated he has the backing of Sissoko.