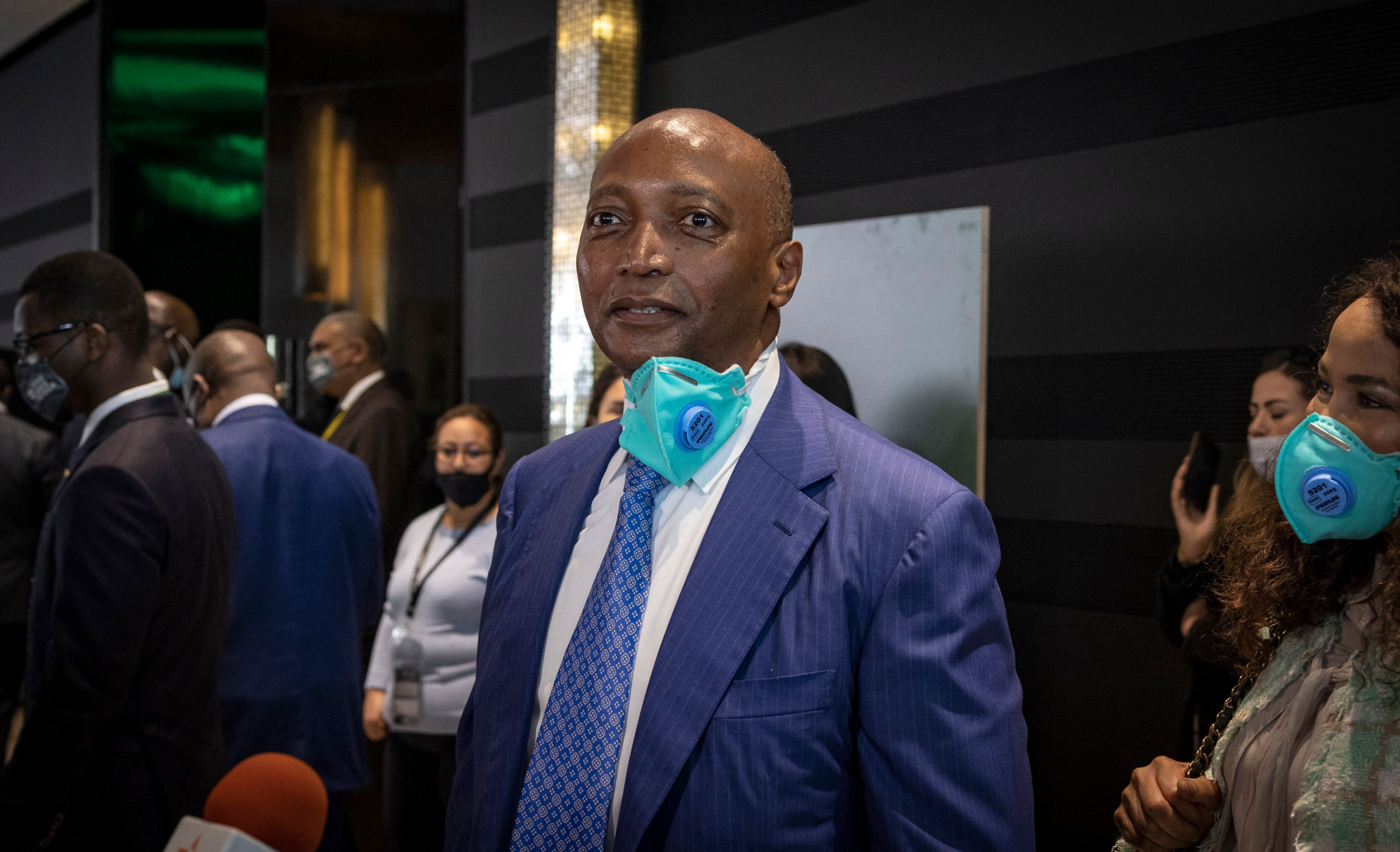 South Africa’s Patrice Motsepe has been named as the new President of the Confederation of African Football (CAF) after standing unopposed at today’s General Assembly in Moroccan capital Rabat.

Motsepe, a billionaire businessman, was elected to replace Ahmad who has been banned from all football-related activities for two years for financial misconduct so was unable to stand.

As the only candidate for the role, there was no need for a vote after Motsepe's three challengers pledged to support his bid to become President.

The 59-year-old, who has an estimated fortune of $2.1 billion (£1.54 billion/€1.71 billion), has now been tasked with transforming the embattled organisation.

"Africa needs collective wisdom, but also the exceptional talent and wisdom of every [National Federation] President and every member nation," said Motsepe.

"When we all work together, football in Africa will experience success and growth that it has not enjoyed in the past."

The meeting also laid bare CAF’s financial plight, with figures showing the organisation suffered a loss of more than $11million (£7.9 million/€9.2 million) from 2019 to 2020.

"The new team needs to double or treble the revenue of CAF," said Fouzi Lekjaa, head of CAF’s Finance Committee.

"I don't want to be alarmist but the figures...can't be interpreted any other way."

He is also the brother-in-law of South African President Cyril Ramaphosa and owner of Mamelodi Sundowns Football Club.

But the trio agreed to withdraw from the election process in favour of other leadership roles with Senghor and Yahya named first and second vice-president respectively and Anouma becoming a special advisor to Motsepe.

The agreement was secured following FIFA President Gianni Infantino conducting an African tour, where he met with the four candidates.

"We know the values of football, but the most important value is team spirit," said Infantino.

"This is the team spirit that we have witnessed these days in Africa.

"I have already said it, and I say it again.

"We must stop saying that it is necessary to develop African football.

"It is about projecting it to the summit of world football.

"The time for talking has stopped. We must move on, and we must move on as a team, as a CAF team and a FIFA team that also includes all the confederations and associations from all over the world."

Ahmed became CAF President in 2017 and had hoped to stand for re-election before being hit with a five-year ban by the FIFA Ethics Committee last November.

Following an appeal from Ahmed, the Court of Arbitration for Sport (CAS) reduced his suspension to two years after clearing him of any wrongdoing concerning Tactical Steel contracts.

Ahmed was guilty of "failure to record various financial transactions, acceptance of cash payments, bank transfers of bonuses and indemnities without a contractual or regulatory basis", the CAS ruled.