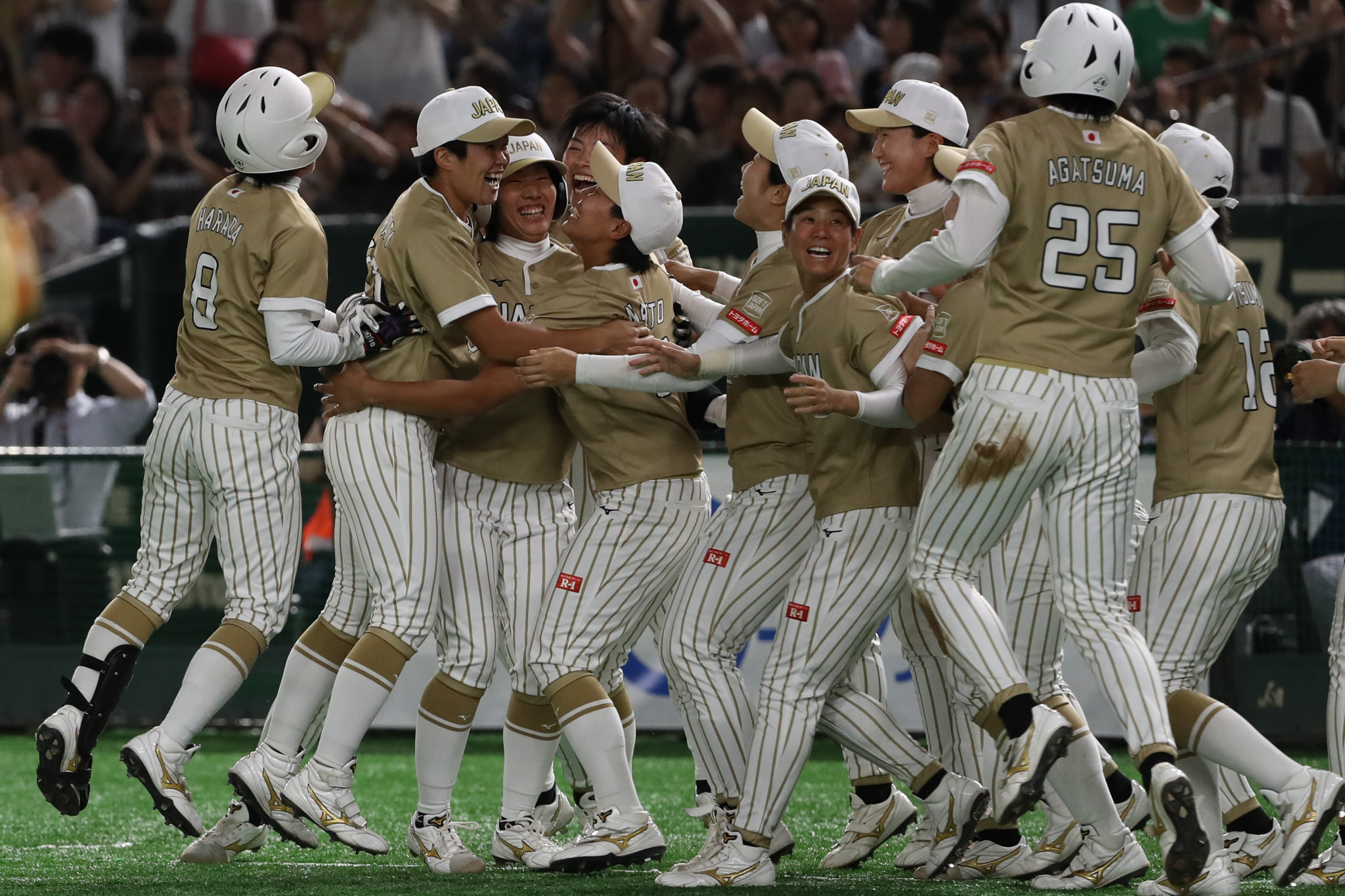 The Japan Softball Association (JSA) is set to announce its final Olympic roster on March 23, following the completion of a training camp in Okinawa.

A team of 15 is set to be confirmed in just over two weeks, with the 17-day camp, the last opportunity for players to impress, concluding on March 19.

The women's national softball team landed in Yomitan on Okinawa earlier this month and 19 players are present for the camp.

Japan won the gold medal in softball at Beijing 2008, the last Olympics to feature the sport.

Before Japan's win 13 years ago, the United States had won all three softball gold medals since the sport made its debut at the Atlanta 1996 Games.

"I figured the team members were stressed out because of the situation brought on by COVID-19, so I told them, 'Be energetic, be cheerful and let's have fun,'" said Softball Japan head coach Reika Utsugi.

"The atmosphere has never been more positive.

"The players communicate more with each other, and I think the younger ones find it easier, too."

Utsugi is also looking towards the team's veterans such as Yukiko Ueno, who was part of the Beijing 2008 Olympics team.

Japan had aimed to play competitions in the United States and Australia, but ongoing travel restrictions meant these trips could not go ahead as planned.

"I hope we'll be able to play teams from other countries in May and June, so the players can gain more experience in a real game situation," Utsugi added.

Japan are ranked second in the world behind the US in the women's world softball rankings.

The Tokyo 2020 Olympics are scheduled to take place from July 23 to August 8 after the Games were postponed to this year because of the coronavirus pandemic.