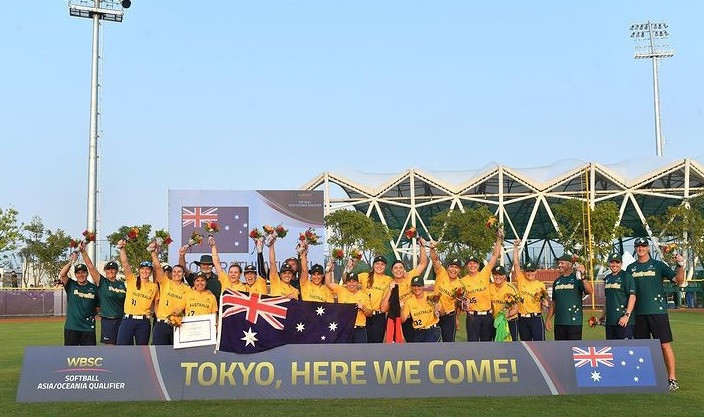 Softball Australia has announced its 23-strong squad of players who will be vying for places at the rearranged Tokyo 2020 Olympics, where softball is scheduled to make its return after a 13-year absence.

The squad is due to come together for a squad camp at the Australian Institute of Sport in Canberra between February 18 and March 7, which will be the first time the whole squad has met.

Due to the coronavirus pandemic, Softball Australia’s forthcoming national selection camp has been cancelled, with a team training camp due to take place instead.

The Aussie Spirit squad announced features two new faces that were not part of the line-up named in advance of the original dates of Tokyo 2020 last year.

The two new faces are Georgia Hood of South Australia and Bree Trim of Victoria.

New South Wales are the best represented state in the squad with 11 players, accounting for almost half of the line-up.

There are also two Western Australia players - Leigh Godfrey and Leah Parry, three from South Australia - Hood, Chelsea Robinson and Belinda White, one from the Australian Capital Territory in Clare Warwick and one from Victoria in Trim.

Talking about the squad Softball Australia say: "The squad remains largely similar to 2020’s group who have shown an incredible amount of commitment and resilience after the sport’s 12-year wait to return to the Olympics became 13.

"Players across the country have remained focused on their preparations both individually and within their relevant state programmes to ensure they are as prepared as possible under the circumstances for a tilt at a fifth Olympic medal."

Australia has medalled in softball on each occasion it has featured on the Olympic programme – winning silver at Athens in 2004 and bronze on the other three occasions at Atlanta 1996, on home soil in Sydney in 2000 and at Beijing in 2008.

The softball competition at Tokyo 2020 is due to start two days before the Opening Ceremony on Wednesday July 21, and is due to conclude on Tuesday July 27.