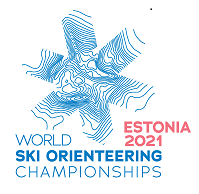 Russia's Andrey Lamov and Alena Trapeznikova secured gold for the neutral team in the sprint relay as the World Ski Orienteering Championships drew to a close in Otepää.

The Russian pair, competing at the event as neutrals because of the sanctions imposed on the country due to the state-sponsored doping scandal, clinched the world title in 42min 34sec.

Lamov and Trapeznikova crossed the line one second ahead of Sweden's Lisa Larsen and Erik Blomgren, who were forced to settle for the silver medal.

Bronze went to Estonia's Mattis Jaama and Daisy Kudre, whose victory in the women’s sprint earlier on at the Championships brought Estonia their first ever world title in the sport.

Victory for Lamov and Trapeznikova saw the neutral team finish the event in the Estonian capital with three medals.