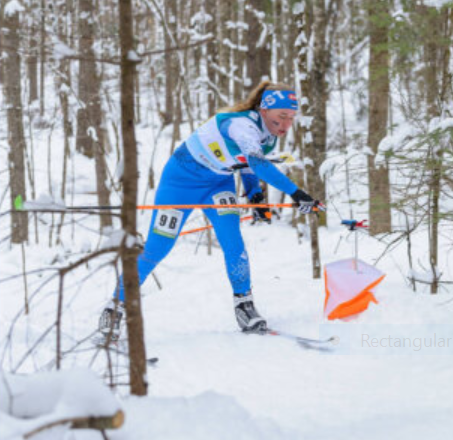 Daisy Kudre, who won the first ever World Ski Orienteering Championships gold for hosts Estonia in yesterday’s sprint event, followed up with silver today in the women’s pursuit in Otepää.

Kudre clocked 1hr 06min 03sec as she finished behind the winner, Sweden’s Lisa Larsen, who clocked 1:05.44.

Bronze went to Sweden’s Evelina Wickbom, who recorded 1:06.09 to finish ahead of Russia’s Alena Trapeznikova, competing as a neutral athlete under the current World Anti-Doping Agency rules, who clocked 1:06.15.

Norway’s Audun Heimdal managed the reverse feat to Kudre as he won men’s pursuit the day after taking silver in the sprint event.

Kiselev’s fellow countryman Sergey Gorlanov missed out on the podium by a second as he clocked 1:05.51, with Norway’s Jorgen Baklid, the sprint bronze medallist, finishing fifth in 1:08.20.

There is no competition scheduled for tomorrow.

Middle-distance races are set to be the focus of the penultimate day of competition, before the World Championship sprint relay event is due to be held on Sunday (February 28).

The Estonian Orienteering Federation confirmed last month that it had been given permission by the country’s Ministry of Culture that competition could be organised in close cooperation with the Estonian Health Board despite the challenges posed by the COVID-19 pandemic.