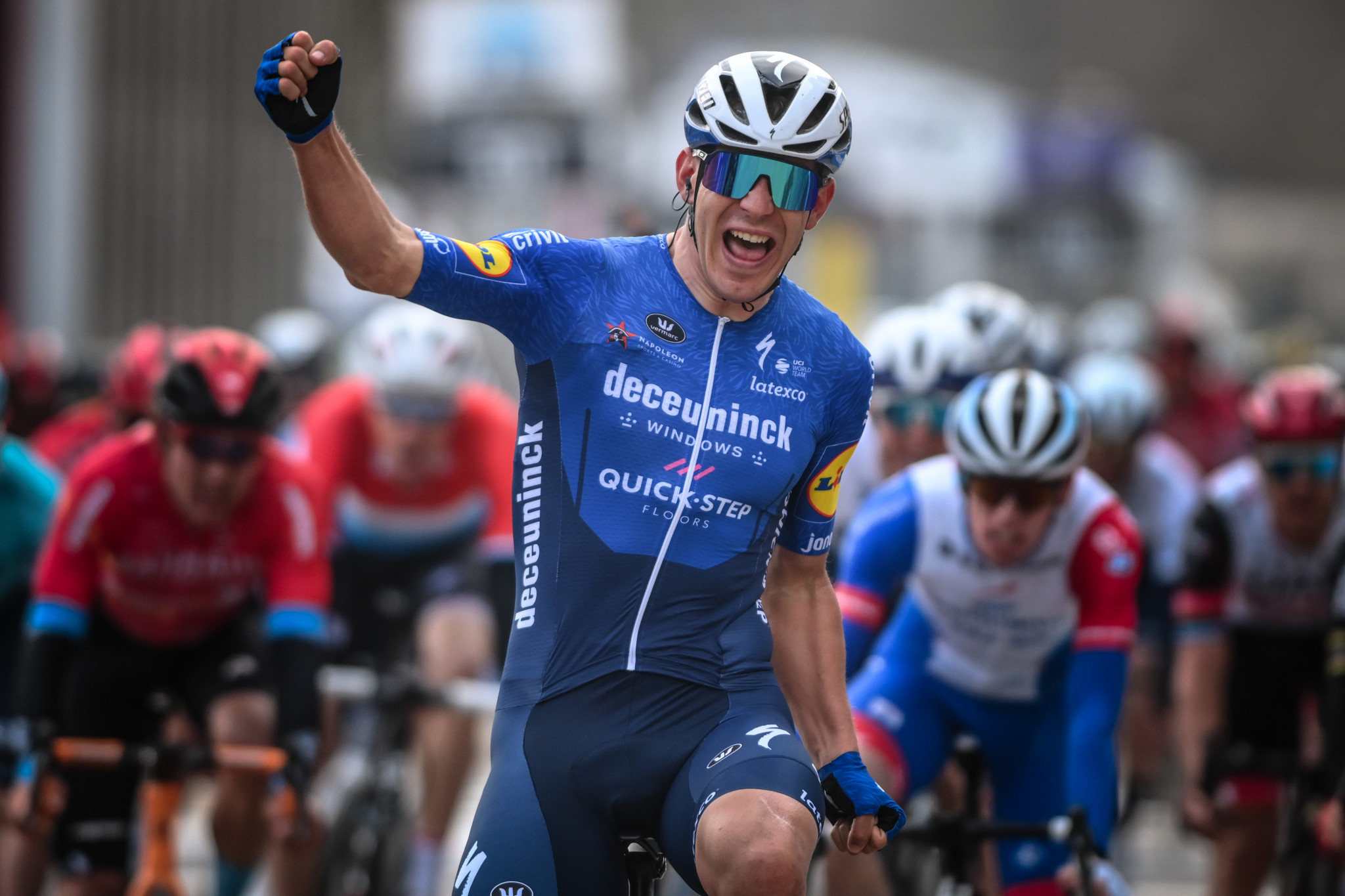 Italy’s Davide Ballerini triumphed at Omloop Het Nieuwsblad after winning a reduced sprint finish at the one-day race in Belgium.

Belgium’s Greg Van Avermaet and Sep Vanmarcke were among key riders caught up in crashes during the cobbled race.

The duo recovered to feature in attacks during the race, with France’s world champion Julian Alaphilippe and Britain’s Tom Pidcock also going on the offensive during the 201-kilometre event.

An attack by Alaphilippe was halted prior to the Muur climb, as a reduced group came together at the front of the race.

A 50 rider group ultimately headed to the finish together, with Deceuninck–Quick-Step seeking to set the finish up for Ballerini.

The 26-year-old, who already has two stage wins at the Tour de la Provence to his credit this season, sprinted to victory in a time of 4 hours 43min 3sec.

Britain’s Jake Stewart finished as the runner-up on the same time as the winner, with Vanmarcke completing the top three.

The one-day race, which is part of the International Cycling Union (UCI) WorldTour, opened the classics season.

World champion Anna van der Breggen triumphed in the women’s race, which is part of the second tier circuit.