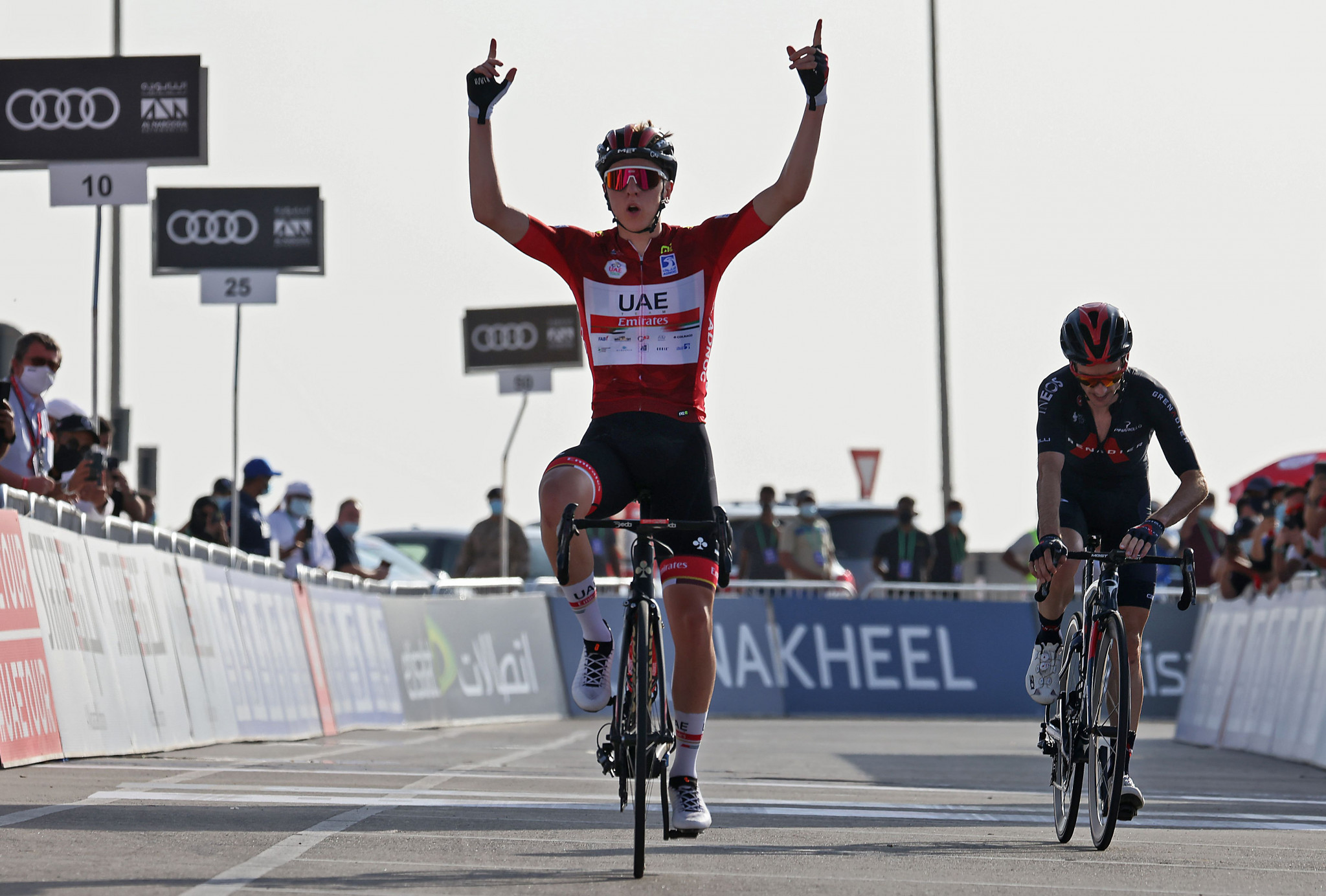 Slovenia’s Tadej Pogačar extended his race lead at the United Arab Emirates (UAE) Tour after surviving a series of attacks by Britain’s Adam Yates to win the third stage at Jebel Hafeet.

France’s Tony Gallopin and Belgium’s Thomas De Gendt produced the day’s breakaway, but the duo were unable to hold off the peloton.

UAE Team Emirates successfully controlled the race for Pogačar, crucially working to prevent splits in the peloton during crosswinds on the flat sections of the course.

The team also set the pace on the steep Jebel Hafeer climb to reign in the breakaway, before dropping key climbers including Britain’s Chris Froome and Spain’s Alejandro Valverde.

A small group remained with five kilometres of climbing remaining, with defending UAE Tour champion Yates launching an acceleration that only Pogačar was able to follow.

Yates attempted three further bursts but was unable to move clear, with the Ineos Grenadiers rider ultimately faltering when Pogačar produced a late sprint of his own to win the stage in 3 hours 58min 35sec.

Yates finished second on the same time as Pogačar, who joins Valverde as the only rider to win twice on the summit, having also done so last year.

Almeida dropped down to third, 1:03 off the pace.

"I’m super proud and really happy with the win, big thanks to the team today," said Pogačar.

"They truly did a good job protecting me from the wind, but also in trying to defend from all the attacks.

"It was a good feeling.

"And, by taking the victory, I gained some seconds in the general classification.

"We are one of the best teams in the world right now and this race is a big goal for us.

"It’s also our first WorldTour race in the calendar, so it’s kind of a hard race to start the season with, but it’s one of our objectives this year and we're doing our best."