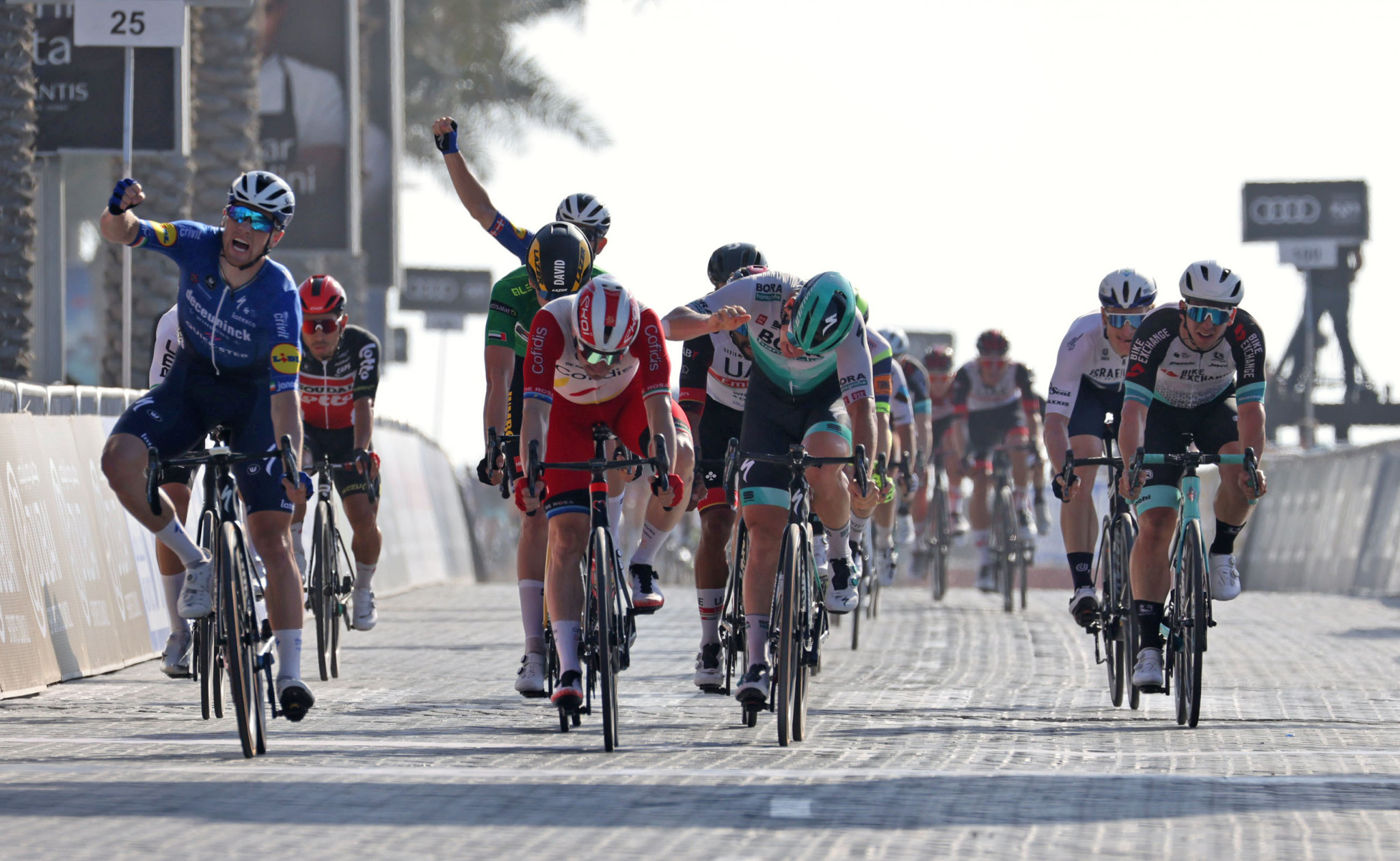 Sam Bennett earned his second stage win of the UAE Tour as the Irish star sprinted to victory in Palm Jumeirah.

The sixth stage was expected to conclude in a bunch sprint, with the 164 kilometres route from Deira Islands to Palm Jumeirah having a largely flat profile.

Race leader Tadej Pogačar of Slovenia was protected by his UAE Team Emirates squad during the stage as he sought to preserve his 45-second advantage over Britain's Adam Yates.

Crosswinds were a concern for Pogacar, but a split in the peloton at 70 kilometres to go proved to be a short-lived affair on a day where the main field largely remained together.

The stage ended in the predicted bunch sprint as Bennett added to his stage four triumph with another win.

Bennett was led out by Danish team-mate Michael Mørkøv and crossed the line in 3 hours, 32min and 23sec.

Italy’s Elia Viviani and Germany’s Pascal Ackermann completed the top three, ending on the same time as the winner.

"We really wanted to win another stage today," Bennett said.

"All I had to do was follow the guys.

"With the straight run in and the crosswind, it was messy, with a lot of guys changing lane, but Michael [Mørkøv] brought me to the perfect position with 150m to go.

"We'll go for it again tomorrow."

Pogačar looked set to remain at 45 seconds clear of Yates in the general classification battle, with Portugal’s Joao Almeida 1:12 down in third.

His advantage was reduced by 10 seconds after the Slovenia received a penalty for being adjudged to have pushed another rider.

The general classification is unlikely to change on the final stage tomorrow, when riders tackle a flat 147km stage from Yas Mall to Abu Dhabi.

World champion Julian Alaphilippe of France is among the favourites for the one-day race in Belgium.

Belgium’s Jasper Stuyven will hope to defend the title he claimed last year.