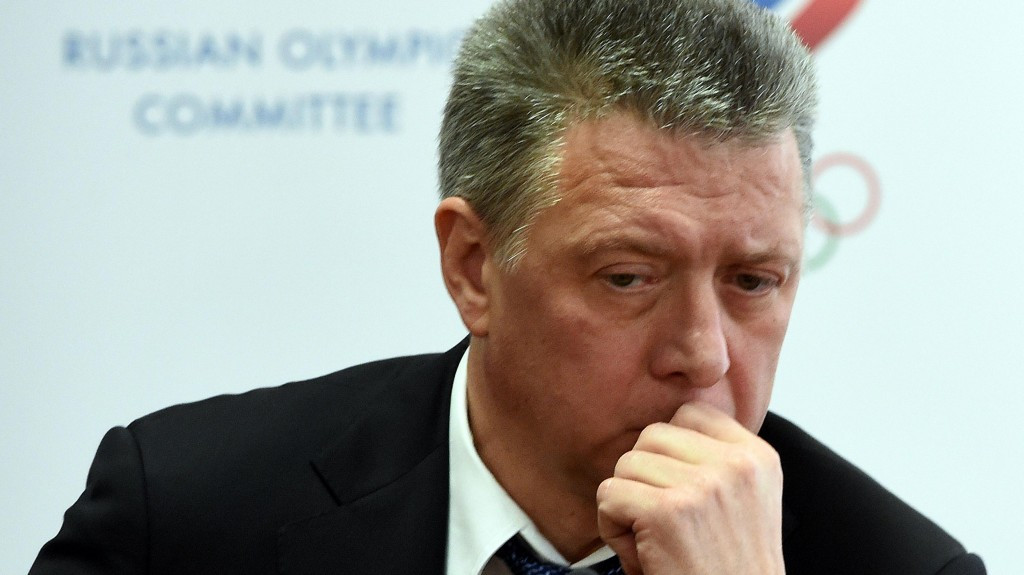 Former Russian Athletics Federation (RusAF) President Dmitry Shlyakhtin has been given a four-year ban after five officials had sanctions confirmed by a Disciplinary Tribunal.

The charges related to their conduct during an investigation into a whereabouts case against Russian high jumper Danil Lysenko.

Lysenko and his coach Evgeniy Zagorulko were also charged, with their cases remaining ongoing.

The AIU has welcomed the Disciplinary Tribunal decision to find Shlyakhtin and Karamyan guilty of tampering, complicity, failing to report an anti-doping rule violation and failing to cooperate with the AIU investigation.

Both officials have been banned for four years, the maximum possible under the anti-doping rules.

Parkin, Orlova, and Ikonnikova did not contest the AIU charges against them for tampering, complicity, failing to report an anti-doping rule violation and failing to cooperate with the AIU investigation.

The three officials have also been banned for four years.

The sanctions against Orlova and Ikkonikova will be served concurrently with sanctions handed to the two officials in October 2020.

Orlova and Ikonnikova were sanctioned for six and eight years respectively over their failure to comply with a demand by the AIU and an order of the Disciplinary Tribunal chair to comply.

This involved their refusal to provide mobile phones and electronic storage devices, which were demanded by the AIU to assist their investigation.

"These are important decisions for the sport of athletics," said David Howman, the AIU chair.

"The AIU was created to be a fearless and independent organisation.

"Our work in uncovering the conspiracy and fraudulent behaviour in this case demonstrates that the AIU is fulfilling its role to make cheats accountable, irrespective of their stature or standing.

"Traditional approaches to uncovering cheating have often proven to be inadequate and that's why the AIU made the strategic choice of investing heavily in our investigations and intelligence capability.

"The benefit of this approach is evident from decisions like these."

Lysenko's first whereabouts failure concerned a missed test on September 19 in 2017, and was followed by him failing to provide a whereabouts filing for quarter two of 2018 by the deadline of March 31.

He then failed to provide a whereabouts filing for quarter three of 2018 by the deadline of June 30.

Lysenko, a former world indoor and Youth Olympic champion, gave a medical explanation for the second whereabouts violation, saying he had spent a week in hospital with acute appendicitis.

He provided a screenshot of his ADAMS profile, a medical certificate entitled "Epicrisis" from a medical centre in Moscow, a list of his competitions in 2018, scans of his passport travel stamps and a copy of his doping control forms.

The AIU said the Epicrisis document showed he had been admitted to the clinic in Moscow on April 1 in 2018 with a diagnosis of appendicitis and had undergone an ultrasound of the kidneys and abdomen, an x-ray of his lungs and blood and urine analysis.

The certificate also indicated that he had stayed at the clinic until April 7 in 2018 when he was discharged following a diagnosis of "irritable colon".

Further details were later submitted by Lysenko, which were found to be inconsistent with his previous statements to the AIU.

The AIU and the Russian Anti-Doping Agency held an investigation which concluded the building at the address of the alleged SD Clinic had been demolished in the winter of 2017, before Lysenko had reportedly been treated there.

Photographs used on the clinic's website were found to have been from an insurance company and another medical clinic, while no licenses have been given to the individuals who were said to have treated Lysenko.

In a later interview with the AIU, Lysenko "admitted that the documents and explanations that he had provided to the AIU relating to his medical explanation and his stay at the SD Clinic were false and fabricated".

The Disciplinary Tribunal said "the athlete further admitted that 'people from the Federation' had helped him create the story, and that "it was a commonly made decision to develop this story".

Five former RusAF officials, including former President, Board Member and Executive Director found guilty of multiple violations of the Anti-doping rules, including tampering and complicity, and banned for 4 years.
Read the full Press Release
?️⬇️https://t.co/6YlhDEdAYx#AIUNews pic.twitter.com/XaQ6D3Pirg

The AIU outlined how officials sought to provide Lysenko with a false medical certificate, which was accepted by the Tribunal.

"These are offences of the utmost seriousness committed by persons right at the top of RusAF, a World Athletics Federation," the Tribunal said.

"It appears that most if not all of the senior management of RusAF were involved in this major fraud.

"This is quite shocking.

"Mr Shlyakhtin and Mr Karamyan, as senior individuals, must bear great responsibility of what happened.

"In the panel's view, a sanction of four years can be described as grossly inadequate on the facts of this case."

Karamyan was also found to have destroyed documents, with his computer wiped during the investigation.

Lysenko's third whereabouts failure was claimed to have been due to his involvement in a car accident in Moscow in "mid-June".

The high jumper said the accident had occurred on June 20 in 2018, with photographs provided of his driving licence, his car registration documents, his damaged car and his face with a bruise on his forehead.

A WhatsApp conversation between Lysenko and Orlova revealed the athlete had confirmed the accident had in fact occurred on July 18.

Lysenko later provided the AIU with a statement prepared by RusAF, stating the accident occurred on June 20.