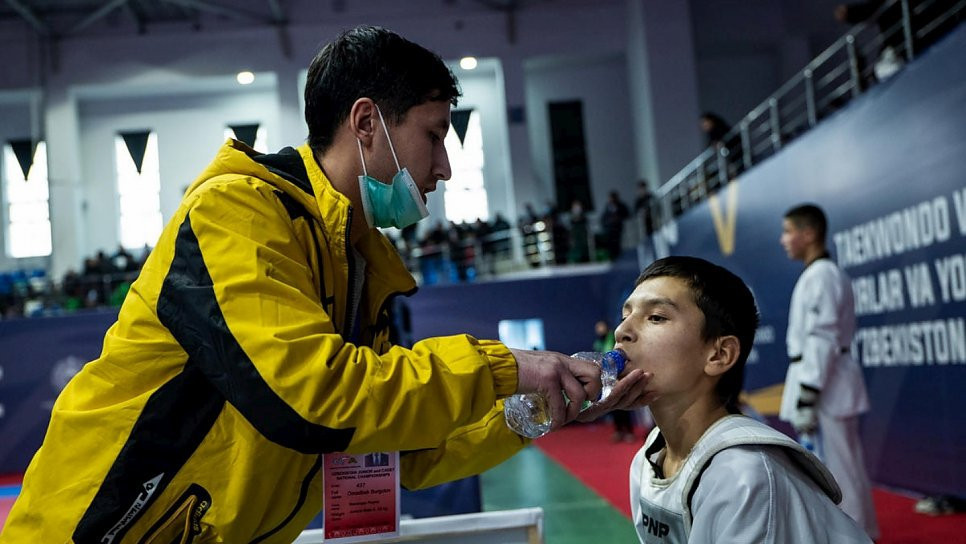 Taekwondo instructor Mukhamadjon Turgunov is hopeful of coaching his athletes at international competitions after becoming a citizen of Uzbekistan.

The former kickboxer has been stateless for most of his life following the dissolution of the Soviet Union.

Although stateless people in Uzbekistan retain most of the same rights as citizens, including the right to vote, the status can cause issues when travelling to other countries.

"I was the Uzbek champion in kickboxing and there were moments when my coach wanted to send me for international championships abroad, but there would always be problems with the visa," Turgunov said in an interview with the United Nations Refugee Agency (UNHCR).

"When it came to my sporting career, it was an obstacle."

Turgunov will now be able to travel as a coach to international taekwondo competitions after he is granted Uzbek citizenship in April.

Under a new initiative unveiled by Uzbekistan President Shavkat Mirziyoyev in December, people who moved to Uzbekistan before 2005 and who have lived there ever since will be eligible to become citizens.

Around 20,000 people will be able to resolve their statelessness and become citizens under the initiative.

"Sportsmen always have stronger patriotic feelings than other people, because they represent the country," Turgunov said.

"The whole world has opened in front of me, but I want to stay in Uzbekistan and coach my students.

"I will show that granting me citizenship was a good decision."

World Taekwondo, through the Taekwondo Humanitarian Foundation (THF), has worked closely with the UNHCR to empower stateless and refugee children through the sport.

Created in 2015, the THF partnered with the UNHCR in 2016 to provides both coaches and equipment - such as uniforms, mats, protective gear and kicking pads - for projects in refugee camps across the globe.

The THF has an active presence in both Jordan, where a flagship academy is already up-and-running at the Azraq Refugee Camp, and Rwanda, where a sports hall is being constructed near Mahama Camp.

Other THF projects have been run in Djibouti, Turkey and Colombia.

In 2019, World Taekwondo was just one of two International Federations invited to the UNHCR's first-ever Global Refugee Forum.