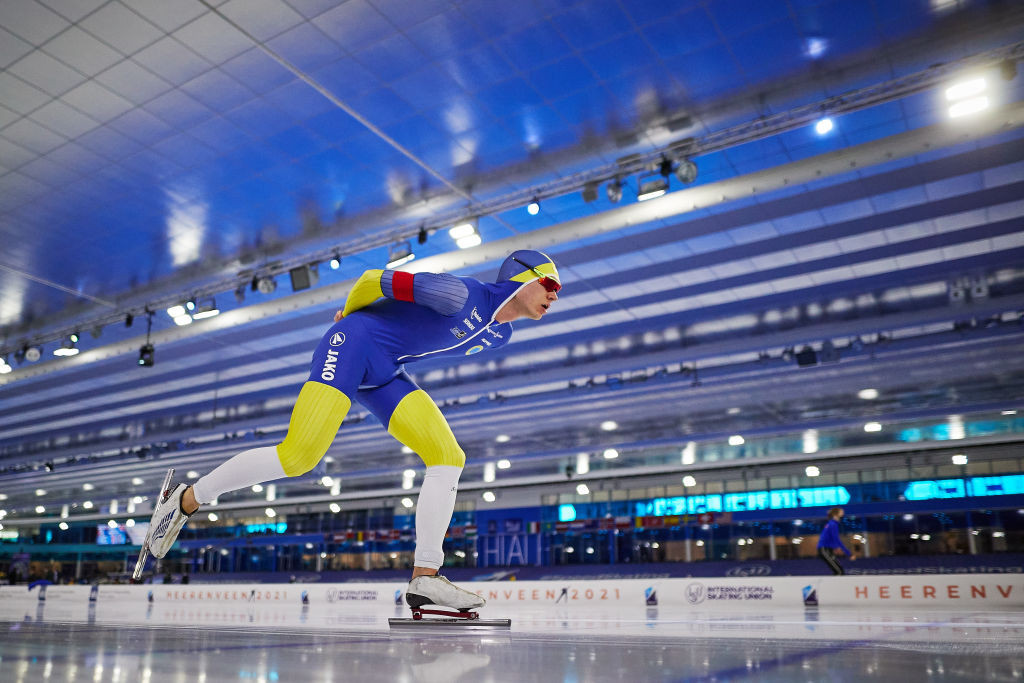 Nils Van Der Poel of Sweden set a world record on his way to claiming men’s 10,000 metres gold on the final day of the World Speed Skating Championships in Heerenveen in the Netherlands.

Van Der Poel claimed the title in the distance event in 12min 32.952 sec, which as well as being a world record, was also a track record and personal best.

It was the Swedish skater’s second gold of the Championships following on from his victory in the men’s 5,000m on Thursday (February 11).

In the men’s 1,500m hosts the Netherlands claimed a clean sweep of the medals on the final day of competition at the Thialf Arena with Thomas Krol claiming gold in 1:43.752.

He was joined on the podium by compatriots Kjeld Nuis who took silver with 1:44.110 and Patrick Roest, who claimed bronze in 1:45.493.

Krol’s victory was an ideal rebound from his disqualification yesterday in the men’s 1,000m, which he described as "a nightmare."

Silver went to Brittany Bowe of the United States in 1:55.034, while Evgeniia Lalenkova of the Russian Skating Union claimed bronze in 1:55.099.

In the ladies 5,000m there was more home success with gold going to Dutch skater Irene Schouten in a personal best time of 6:48.537.

The silver medal was claimed by Natalia Voronina of the Russian Skating Union in 6:50.997 while the bronze went to fellow home skater Carlijn Achtereekte in 6:52.220.

Schouten’s win was the Netherlands first world title in the ladies 5,000m discipline, and was Schouten’s fourth title of the World Championships.

Today’s victory follows on from her gold in the team pursuit and bronze medals in the 3,000m and mass start races.