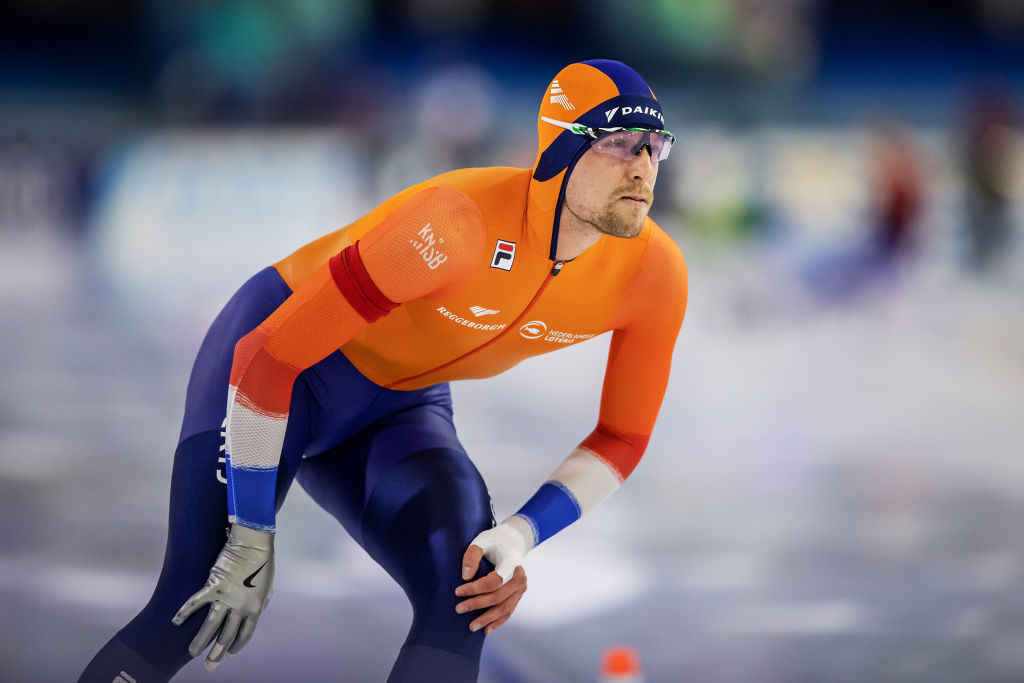 Dutch skaters completed another golden weekend on the home ice of Heerenveen in the second round of the International Skating Union (ISU) Speed Skating World Cup.

On the same ice in the Thialf Arena last week Dutch speed skaters won nine of the 12 gold medals on offer over the final two days of competition - but this time they settled for eight golds.

Femke Kok, winner of two golds in the last World Cup round on this ice, matched that feat as she won her second 500 metres race, clocking 37.333sec to finish ahead of three Russian rivals - Angelina Golikova, just 0.03sec adrift, Daria Kachanova, at 0.30, and Olga Fatkulina, at 0.34.

Last week’s home winner of the men’s 500m, Dai Dai Ntab, could only finish sixth today after his third place yesterday, but Ronald Mulder came up trumps for the Dutch to win in 34.555sec ahead of fellow countryman Hein Otterspeer, who was just 0.03sec back.

"It’s all so close in sprinting," said Mulder.

"You can either be tenth or win.

"You have to be so sharp, you have to fight for every inch."

Antoinette de Jong of the Netherlands, second in the previous night’s 1500m, took another silver, 2.05sec behind Voronina, with bronze going to the home team’s winner of the previous evening’s women’s massed start, Irene Schouten, who was 3.30sec back.

Brittany Bowe of the United States, winner of the women’s 1000 and 1500m events at the previous meeting on this ice, completed a double of that achievement, adding the 1000m title to the 1500m crown she won yesterday.

The evening was rounded off as the men’s 1000m was won by home skater Kai Verbij, who clocked 1:07.355 ahead of compatriot Thomas Krol, 0.22sec behind.