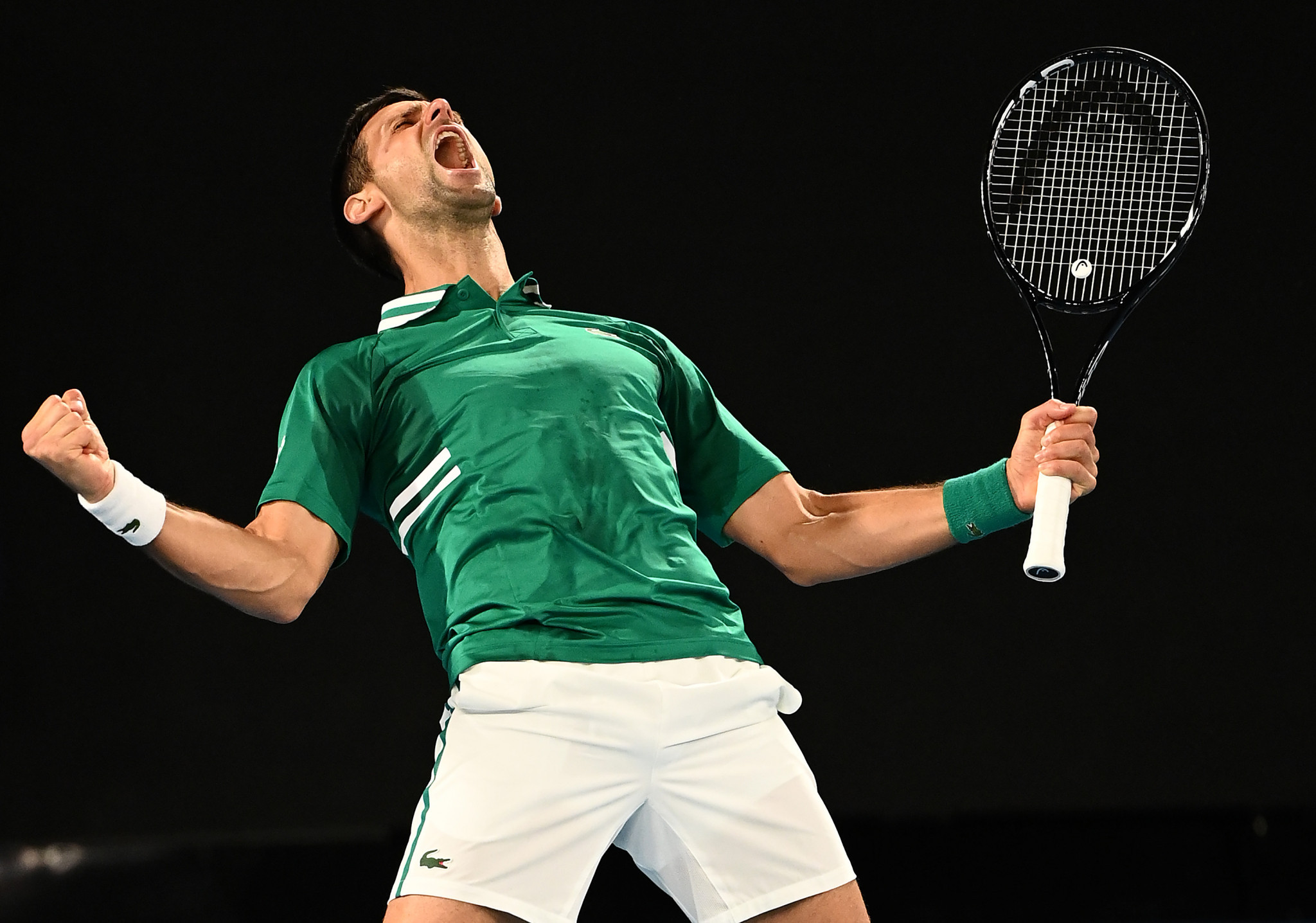 Men’s top seed Novak Djokovic battled through to the fourth round of the Australian Open in five sets despite being hampered by a suspected muscle tear.

The world number one suffered from restricted movement and received medical treatment throughout his encounter with 27th seed Taylor Fritz of the United States before triumphing 7-6 (7-1), 6-4, 3-6, 4-6, 6-2.

The thrilling contest finished at 12.20am local time meaning the final set and a half was played out without fans, as a result of a lockdown imposed in the state of Victoria from midnight.

In unprecedented scenes, play was suspended at 11.30pm local time with Fritz up 3-2 in set four and fans told they must leave the Rod Laver Arena, because of the lockdown that was coming in, before play could resume.

After a ten minute delay the contest resumed and Djokovic summoned the spirit required to complete the comeback.

Speaking after the match the Serbian player said: "I just tried to stay in there. I was praying and hoping, whatever is happening there, it would feel better.

"Towards the end of the fourth set it improved. The third and fourth sets I don’t know, I just had to go for my shots.

"This is definitely one of the most special wins in my life. It doesn’t matter what round, against who, under these kind of circumstances, to pull this through is something I’ll remember forever."

As a result of the new lockdown in Victoria, imposed following a cluster of coronavirus cases connected to a Holiday Inn hotel at Melbourne Airport, fans will be absent from the Grand Slam tournament until at least Thursday February 18.

One match that was enhanced as a spectacle by the presence of spectators was Dominic Thiem’s epic comeback win against Australia’s Nick Kyrgios, played out in front of a lively and partisan crowd on the John Cain Arena.

Kyrgios got himself into a two set lead against the third seed from Austria, but Thiem showed the battling qualities that helped him claim last year’s US Open title to prevail 4-6, 4-6, 6-3, 6-4, 6-4.

The day’s big shock in the men’s singles draw came from Russian qualifier Aslan Karantsev who produced the biggest win of his career when he overcame Argentina’s Diego Schwartzman, the eighth seed, in straight sets 6-3, 6-3, 6-3.

In the women’s draw, proceedings were less eventful on day five of the tournament with all the top seeds in action making comfortable progress.

The highest of those was second seed Simona Halep of Romania, who breezed past Veronika Kudermetova, the 32nd seed from Russia, 6-1, 6-3.

Third seed Naomi Osaka of Japan was also a comfortable winner triumphing 6-3, 6-2 against the 27th seed Ons Jabeur of Tunisia.