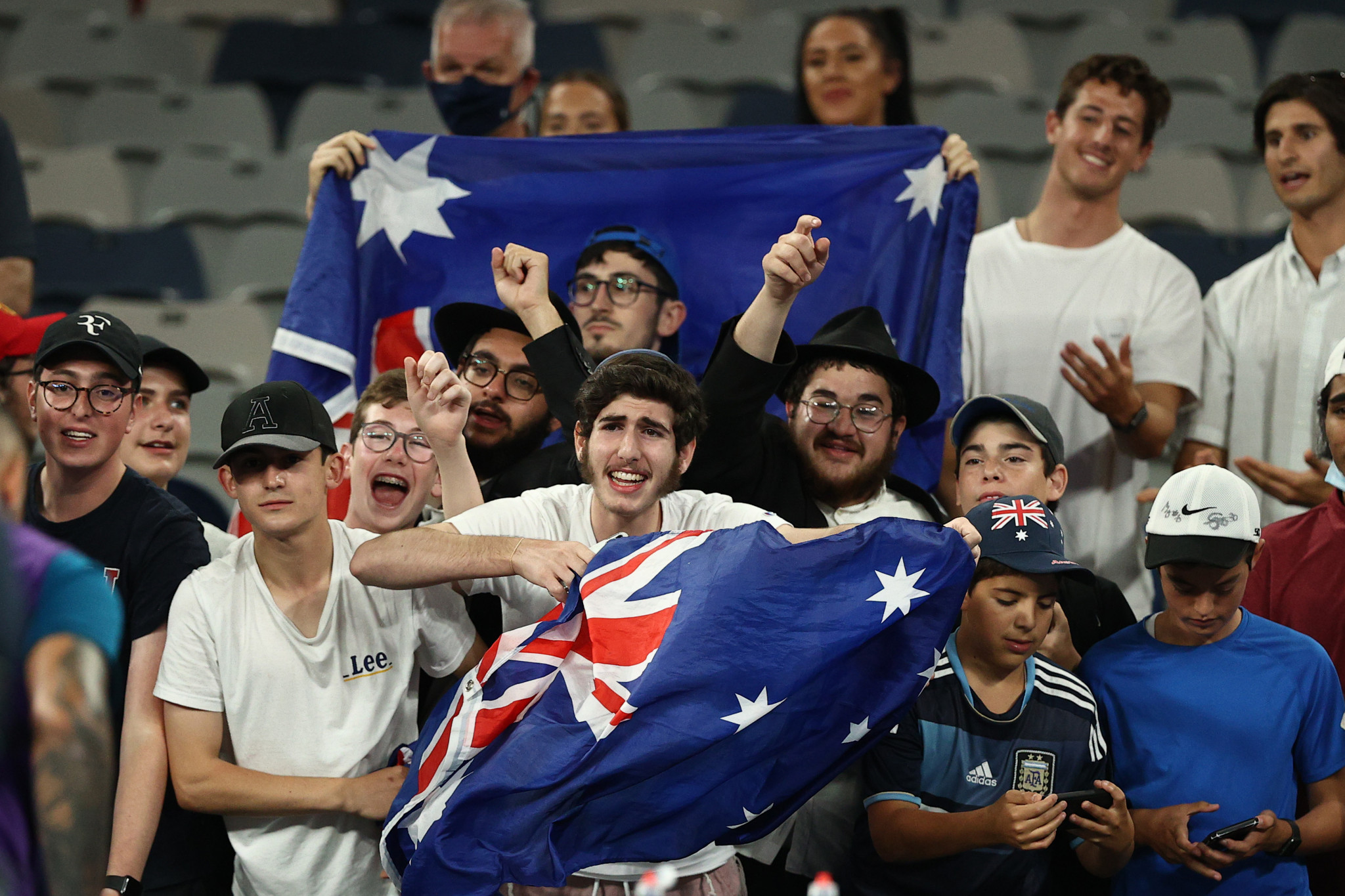 The Australian Open is set to be played behind closed doors for the next five days after an outbreak of coronavirus forced a snap lockdown to be declared in Melbourne.

People living in the state of Victoria have been ordered to stay at home for five days from midnight after the number of COVID-19 cases linked to a Holiday Inn hotel at Melbourne Airport rose to 13.

All those cases have been detected as the more infectious United Kingdom variant and Victoria Premier Daniel Andrews claims the virus is "moving at a velocity that has not been seen anywhere in our country over the course of these past 12 months".

With cases feared to be escalating, Andrews believes the new "circuit-breaker" restrictions will help to "prevent a third wave" of the COVID-19 pandemic.

No fans will be permitted at the Australian Open during the five-day lockdown but officials say the tournament at Melbourne Park will continue.

"Large and small professional sport events, they will function essentially as a workplace," Andrews said.

"But they will not function as an entertainment event, because there will be no crowds.

"And the workforce will be the minimum that is needed in order for that to be Covid-safe and safe in lots of other contexts."

Fans had been allowed to watch the opening five days of matches at the Australian Open but the capacity was limited to 30,000 per day.

This was set to be cut to 25,000 per day from the quarter-final stage, but the restrictions mean no spectators will be permitted until next Thursday (February 18), when the men’s and women’s semi-finals are due to be staged.

The Australian Open has already been moved back by three weeks to accommodate quarantine periods for players.

"Play will continue and players will compete in a bubble form not dissimilar to what they’ve been doing right throughout the year," said tournament director Craig Tiley.

"Those who will be allowed on site will be players and their direct support teams as well as those staff members who are unable to do their work from home.

"They come on site, remain on site.

Preparation for the tournament had been overshadowed by Melbourne's COVID-19 protocols, with 72 players unable to leave their hotel rooms for two weeks after flying in on planes where positives cases were later detected.

Those unaffected were allowed to leave their rooms for five hours a day to train, while several leading players, including Serbia’s Novak Djokovic and American Serena Williams, self-isolated in Adelaide instead of Melbourne ahead of an exhibition tournament.

Although disappointed that there would be no fans, seven-time Australian Open champion Williams backed the latest restrictions.

"It’s going to be a rough few days for I think everyone, but we’ll hopefully get through it," said Williams.

"But, you know what, at the end of the day we have to do what’s best.

"Hopefully it will be all right."

A statement from the tournament organisers read: "Tennis Australia continues to work with the government to ensure the health and safety of everyone.

"We are notifying ticketholders, players and staff that there will be no fans onsite at the AO for five days, commencing from Saturday 13 February.

"The AO broadcast-only contingency plan will commence from Saturday 13 February until restrictions are lifted.

“Play will continue uninterrupted on broadcast, albeit without spectators onsite.

"We will provide further updates on the new conditions as soon as possible."