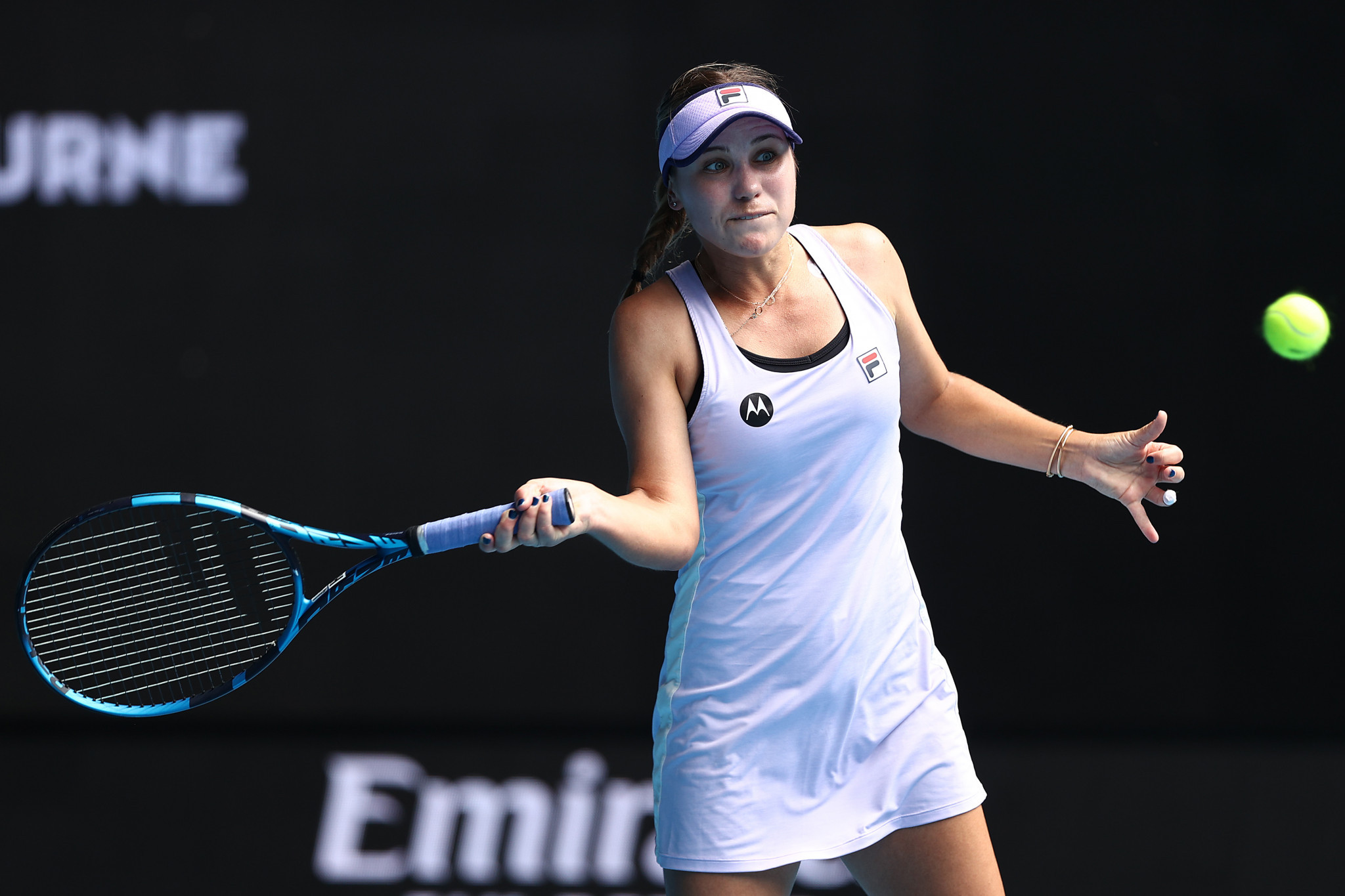 The defending champion in the women’s singles Sofia Kenin was dumped out of the Australian Open today after being beaten in straight sets in her second round match against Estonia’s Kaia Kanepi.

The American was comprehensively defeated on the Margaret Court Arena, with her 6-3 6-2 loss to Kanepi, ensuring there will be a new name on the trophy this year.

Despite Kenin’s loss, the other top seeds in the women’s draw enjoyed comfortable wins in their second round matches.

Elsewhere, sixth seed Karolina Pliskova of the Czech Republic beat American Danielle Collins 7-5 6-2 while 11th seed Belinda Bencic of Switzerland was made to work harder for her win, triumphing in three sets 7-5 2-6 6-4 against Russia’s Svetlana Kuznetsova.

In the men’s singles draw, the match of the day pitted the fifth seed Stefanos Tsitsipas of Greece against Australian wildcard Thanasi Kokkinakis.

Despite the contest being straightforward on court, there were difficulties off court with the match interrupted by a rowdy spectator who shouted obscenities and gestured rudely in Nadal’s direction, before being removed by security staff.

One of the liveliest matches of the day was an all-Italian affair between 16th seed Fabio Fognini and Salvatore Caruso on the John Cain Arena.

That was not the end of the drama as following a handshake when Fognini reportedly told his opponent he was "lucky" to have been involved in such a close contest, the pair had an angry exchange at the net.

After shouting and gesticulating between the pair, an official was forced to separate the players in order to calm the situation.