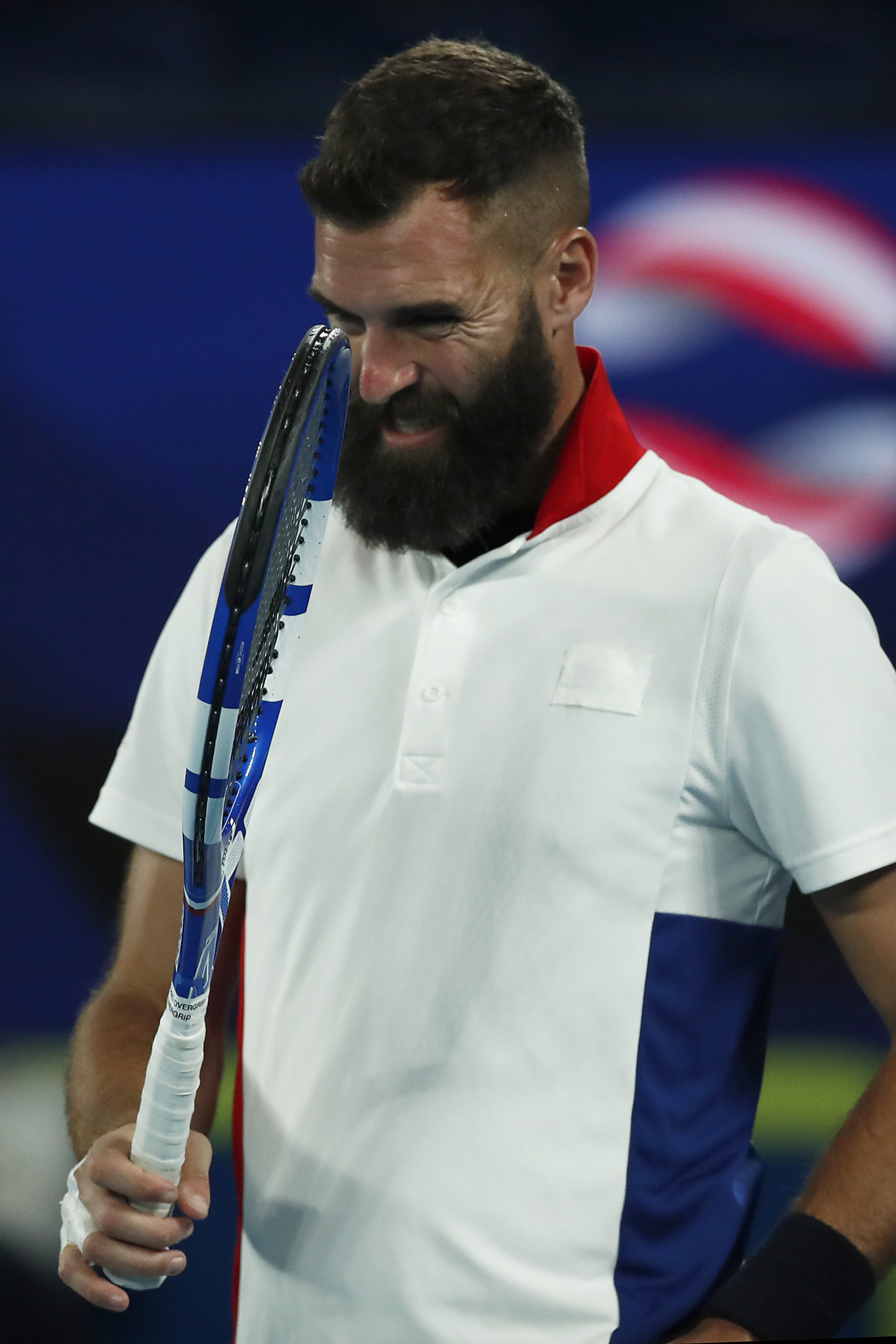 Frenchman Benoît Paire lashed out at Australian Open organisers over their "shameful" quarantine rules after suffering a shock first-round defeat at the tournament in Melbourne.

The quartet were among 72 players that were unable to leave their hotel rooms for 14 days after arriving on planes where positive cases were later detected.

Those unaffected were allowed to leave their rooms for five hours a day to train, while several leading players, including Serbia’s Novak Djokovic and American Serena Williams, self-isolated in Adelaide instead of Melbourne ahead of an exhibition tournament.

Speaking after his loss to Belarus’ Egor Gerasimov, Paire felt the difference in quarantine conditions was unfair.

"My level of play was good, I think my attitude was good.

"I hope I didn’t hurt my elbow too much.

"But otherwise, overall I’m very disappointed with this tournament.

"There was also a positive case on the flight to Adelaide, but there [they] had time to take blood samples, etc.

"We were told to quarantine!

"Either we do the same things and the same rules for everyone.

"I do not understand why it’s not 'fair' for everyone.

"To me, this is scandalous.

"Afterwards, I’m very happy with my level, with what I was able to produce today.

"But this tournament, frankly, is really crap."

The 33-year-old admitted she might have reconsidered the trip to Australia if she was aware of harsh COVID-19 restrictions.

"When I'm looking back, of course I was not [planning] the two weeks' hard quarantine," said the 23rd seed.

"I don't know, maybe if I knew before that I would have to stay two weeks in the hard quarantine without hitting a ball, maybe I would think twice about that.

"But it's one of my favourite tournaments."

Kerber said it was difficult to train while being confined to a hotel room and had hampered her preparations.

"I was really trying to stay positive and [make] the best out of the two-week situation," Kerber said.

"But of course you feel it, especially if you play a real match where it counts and you play the first matches in a Grand Slam [tournament], also against an opponent who doesn't stay in the hard lockdown.

"I was feeling this at the beginning, that of course my balls are always a little bit out and I was not feeling the rhythm that I was before the two weeks' [quarantine], to be honest."

Badosa has been a strong critic of the quarantine conditions since her arrival in Melbourne, previously claiming there was "no windows and no air" in her hotel room.

The 23-year-old tested positive for coronavirus before recovering in time for her first-round match but crashed out to Russian qualifier Liudmila Samsonova.

"After 21 days in quarantine and one month without playing, I fought until the last minute," said Badosa.

"But it wasn’t enough.

"I think my level wasn’t on my best.

Former world number Azarenka, who won the Australian Open in 2012 and 2013, was also left frustrated after losing to debutant Jessica Pegula of the United States.

"Was that the best preparation for me? No," said Azarenka.

"The biggest impact for me personally has been not being able to have fresh air.

"That really took a toll.

"I don't know how to prepare after two weeks in quarantine.

"I don't have a blueprint how to prepare.

The Australian Open, which was postponed by three weeks to allow for the period of quarantine after players arrive in the country, is scheduled to run until February 21.