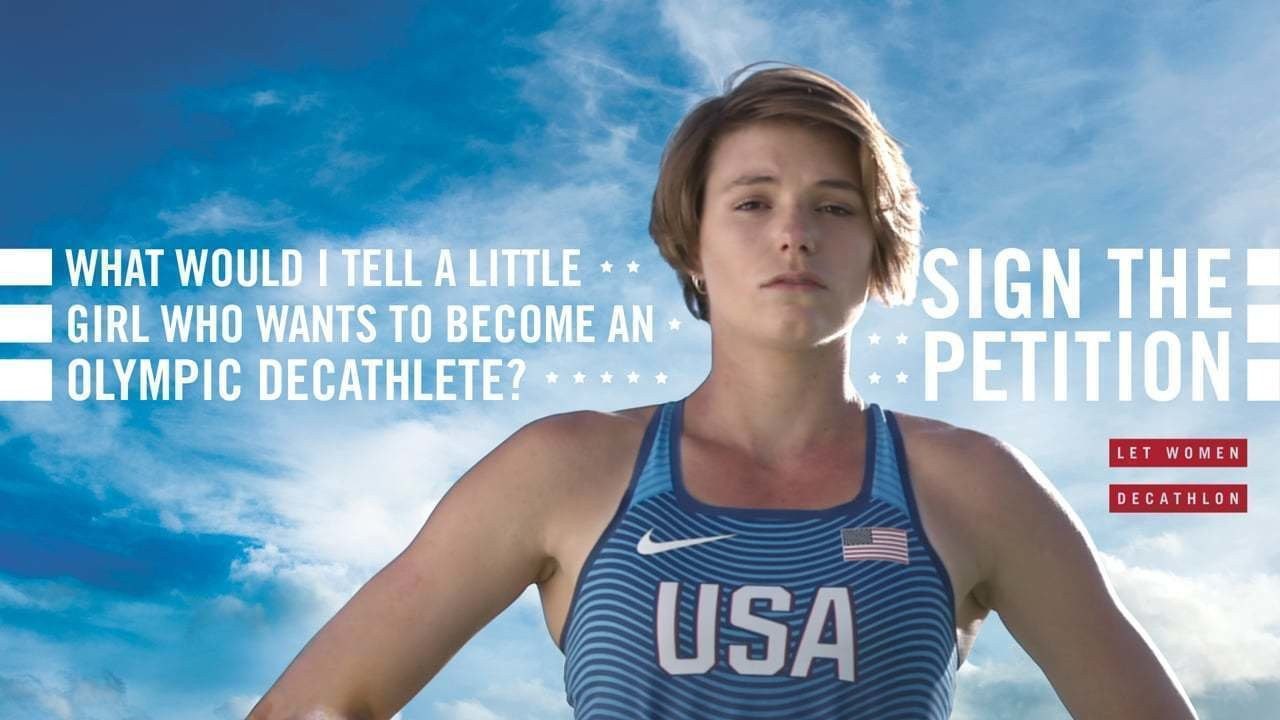 American track and field athlete Jordan Gray has launched a campaign for a women's decathlon event to be included at the Paris 2024 Olympic Games.

Gray is the holder of the American record for women's decathlon, scoring 7,921 points at an event sanctioned by USA Track and Field (USATF) in 2019.

The score was all the third highest of all time.

The 25-year-old has now launched "Let Women Decathlon" in a bid to have the event included at Paris 2024, despite the International Olympic Committee (IOC) confirming the programme for the Games in December.

A petition supporting the campaign has garnered more than 3,100 signatures.

"Today, hundreds of dedicated women decathletes around the globe are tirelessly training for their shot to make history at the 2024 Olympic Games," the petition description reads.

"Jordan Gray is one of them.

"She holds the highest decathlon score of any woman currently active in the sport, the American record, and the third highest score ever for women in the world.

"On behalf of all female decathletes, all she wants is an equal chance to compete.

"Women’s decathlon is already in place at the highest levels of sport, including the USATF and World Athletics.

"Like many of her peers, Jordan is prepared to represent her country in the heptathlon at the 2024 Olympics.

"But she has a simple question for the IOC - 'If we’re succeeding in the 10 events of the decathlon, why aren’t we allowed to compete at the Olympics?'"

How cool would it be to not only promote all women have accomplished in the past but cover all we will in the future? @espnW @NBCSports @OnHerTurf @CBCOlympics @TeamUSA https://t.co/u1JREQ1dpr

Gender equality at the Olympics level isn’t there. Got questions? Click the link pic.twitter.com/RNJGXgePl9

Gray's campaign for Paris is unlikely to be successful with the Paris 2024 programme already confirmed, but Los Angeles 2028 may be a more realistic target.

She told NBC she hoped women's decathlon would have achieved Olympic inclusion by then.

"Hopefully in 2028, I’ll be 32 and rocking it at the US Championships in the decathlon," Gray said.

The Paris 2024 Olympics Games will have an equal number of men and women competing for the first time.

A decathlon for men first appeared on the Olympic programme at Stockholm 1912.

It is one of the few events not contested by both men and women at the Games.

Pentathlon was then added for female competitors at Tokyo 1964, before it was replaced by the heptathlon at Los Angeles 1984.

The programme has remained the same since then, with women contesting the 200 metres, 800m, 100m hurdles, long jump, high jump, javelin and shot put in the heptathlon.