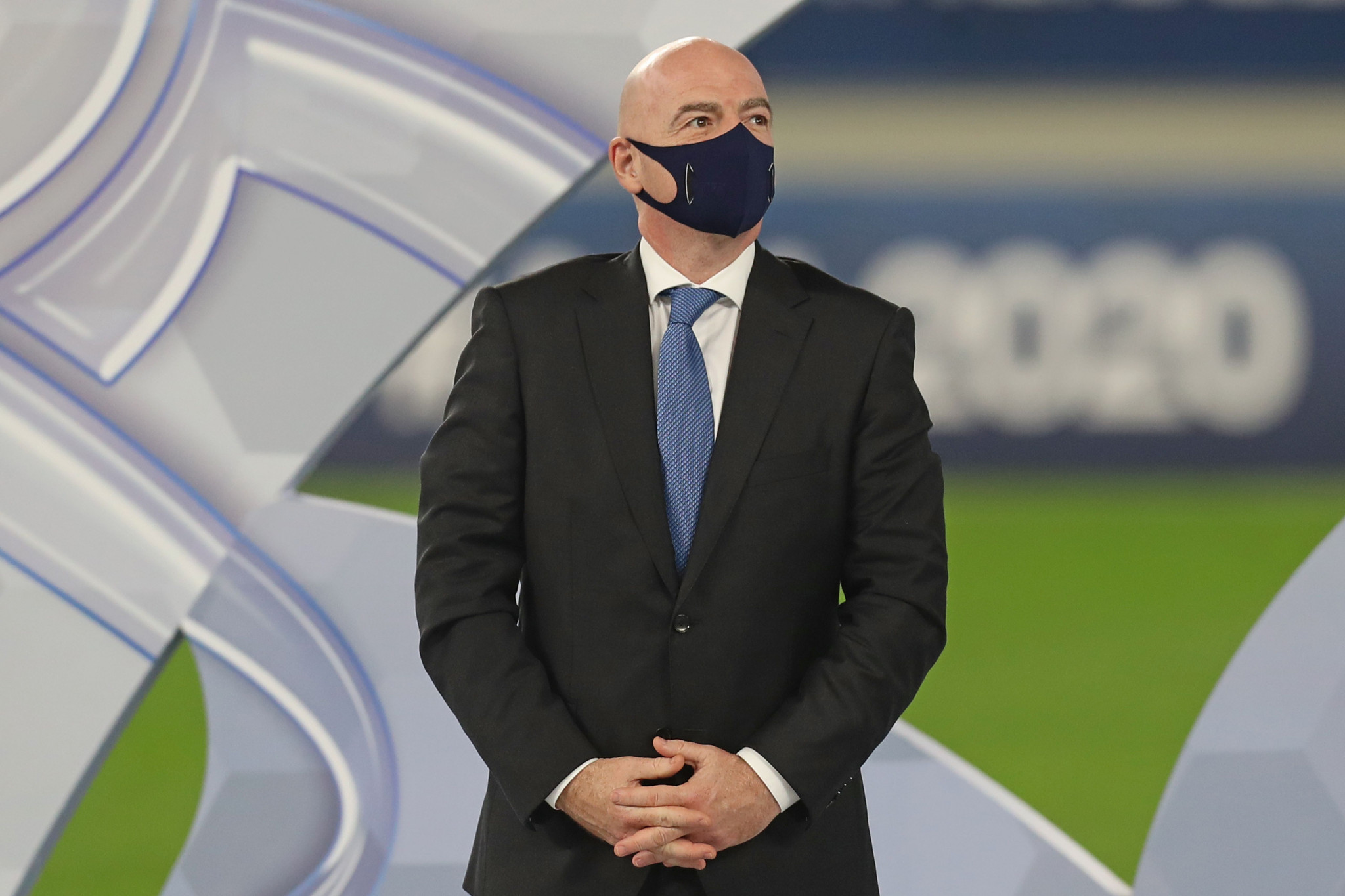 FIFA President Gianni Infantino has admitted footballers should not jump the queue and receive a coronavirus vaccine.

The 50-year-old, who has recovered after testing positive for COVID-19 in October, made the comments as FIFA and the World Health Organization launched a joint campaign to promote fair access to coronavirus treatment.

Various vaccines are now being rolled out across the world with some countries offering them to athletes preparing for events such as the rescheduled 2020 Olympic Games in Tokyo.

This has led to criticism with claims the athletes have pushed in front of vulnerable people who are more in need, as well as front-line workers.

"The priority for the vaccines is, of course, the people at risk and for health workers," said Infantino at the campaign's launch in Geneva, as reported by Reuters.

"This is very clear in our mind.

"But all this will happen, of course, respecting the established order of distribution."

Infantino added: "There are people who are at risk and these people should have priority of course and it is not football players or officials."

Both the International Olympic Committee (IOC) and Tokyo 2020 have insisted that vaccines are not a "silver bullet" for the Games going ahead this year.

Speculation about the viability of the event in Japan continues but Infantino, an IOC member, claimed he was confident ahead of FIFA's next major competition - the 2022 World Cup in Qatar.

"I am very, very confident it will be incredible, will have the same magic, uniting the world," the Swiss official said.

"We will be back to where we have to be.

"COVID will be defeated by then.

"If in two years' time we are not there yet, we will all have a bigger problem than a World Cup."

The FIFA and WHO campaign - which has been called #ACTogether - has been launched in the build-up to the FIFA Club World Cup scheduled to start in Qatar on Thursday (February 4).

Star footballers and television and in-stadium messaging will be used to promote access to vaccines, while encouraging mask use, social distancing and hand washing.