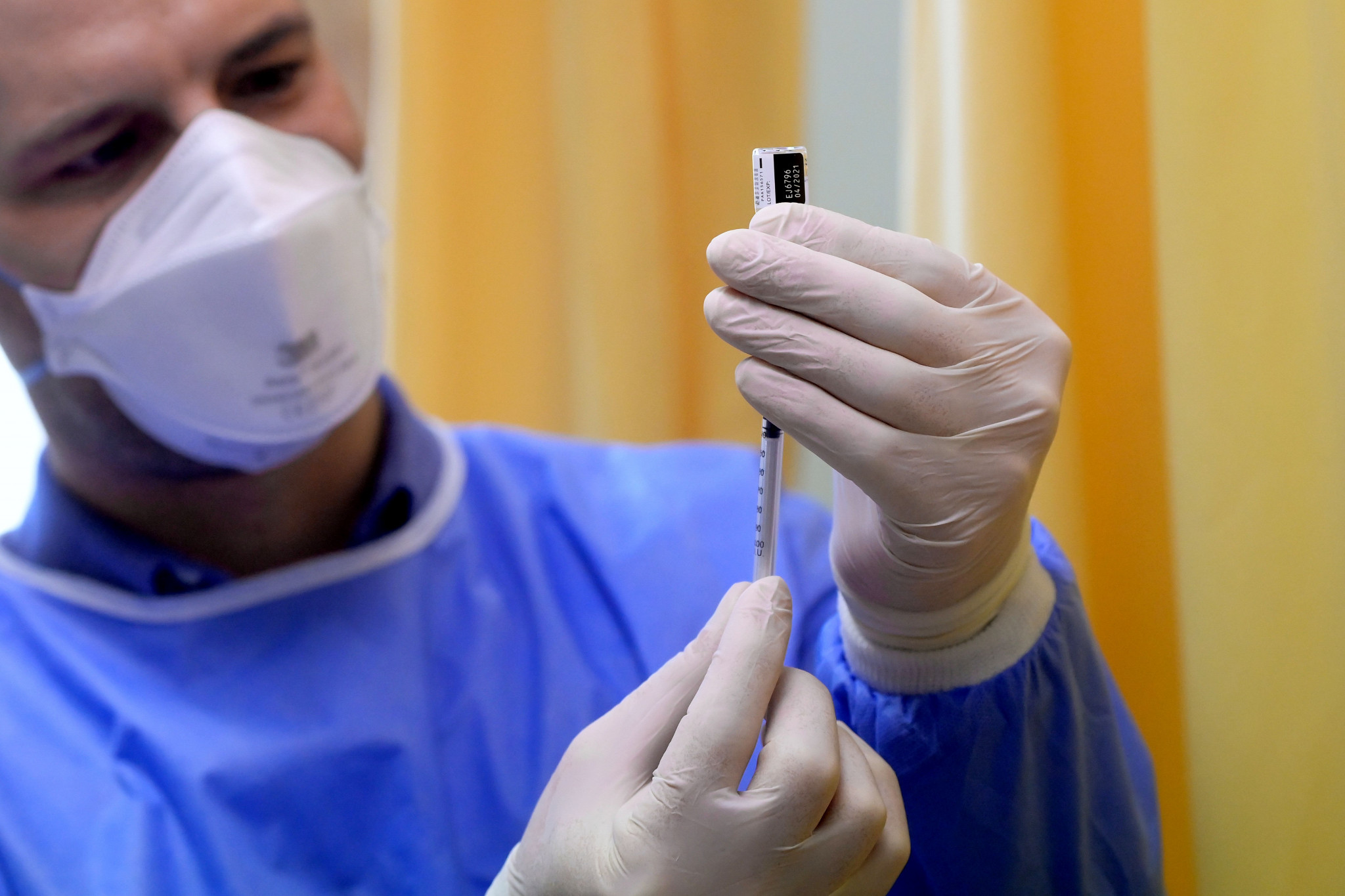 The Hungarian Olympic Committee (HOC) has confirmed it has begun vaccinating athletes against COVID-19 ahead of their participation at the Tokyo 2020 and Beijing 2022 Olympic Games.

The HOC said it filed a request with the Hungarian Government weeks ago to secure vaccinations for athletes preparing for the Olympic Games.

A total list of 868 potential participants at Tokyo 2020 or Beijing 2022 was complied by the HOC.

The organisation said this does not include sport leaders as it is only focusing on people seeking to participate at the Games.

Vaccinations began yesterday using the Moderna vaccine, with members of Hungary’s men’s kayak team among 10 people to receive jabs at the Sports Hospital, as they prepare to travel to a training camp in South Africa.

Further vaccinations of additional athletes and professionals working directly next to them are reportedly planned in the coming weeks, with vaccination orders based on a calendar compiled from the dates of the Olympic qualifying events and oversees training camps.

"As an organisation with Olympic performance in mind, two important factors led to the decision," a HOC statement read.

"One is the uncomplicated participation in Olympic qualifying events abroad, and the other is the forced decline due to several months of absence due to possible illnesses.

"Experience to date has shown that the latter aspect also presents an obstacle to our athletes in the best condition, which is impossible to overcome in a few months' time.

"The quantitative calculation carried out showed that there were hundreds of people involved."

Hungary has vaccinated medical professionals to date and has begun the process of inoculating the elderly.

The country became the first European Union nation to approve the use of Russia's Sputnik V earlier this month, while it has now approved China’s Sinopharm vaccine.

The latter has been used in Serbia, with 426,615 people in the country having reportedly been vaccinated to date.

The Serbian Olympic Committee and the Sports Ministry confirmed yesterday that vaccination of athletes is set to begin, should athletes accept.

"The vaccination of athletes should not be compulsory but it is desirable so as to ensure the safety and health of athletes as well as of the general population," a statement read, according to Reuters.

Israel’s Olympic Committee has said it has vaccinated half of its delegation for Tokyo 2020.

The organisation expects to complete the process by the end of May.

Israel is the world’s most-vaccinated nation against COVID-19 to date.

Israel currently leads the world on per capita vaccinations, having inoculated around 50 per cent of its population of 9 million with at least one dose, but has also faced criticism for not vaccinating Palestinians in occupied territories.

The Belgian Olympic and Interfederal Committee (BOIC) earlier this week asked for 400 to 500 COVID-19 vaccines for athletes ahead of Tokyo 2020.

While the International Olympic Committee (IOC) and Tokyo 2020 have stressed vaccines will not be a "silver bullet" for the Games, their development has nonetheless boosted hopes of competition going ahead.

This has sparked a debate over the vaccination of athletes amid suggestions they could be prioritised.

The IOC has repeatedly said it will not jump the queue ahead of those who need a vaccination most and has insisted it will not be mandatory for athletes to compete at the Games, but this week asked National Olympic Committees (NOCs) to actively engage with their respective Governments to get a "full picture" on the vaccination situation in their countries.

IOC President Thomas Bach also told members and NOCs on the calls that the organisation and the World Health Organization would help NOCs struggling to obtain vaccines in the lead-up to the Games.