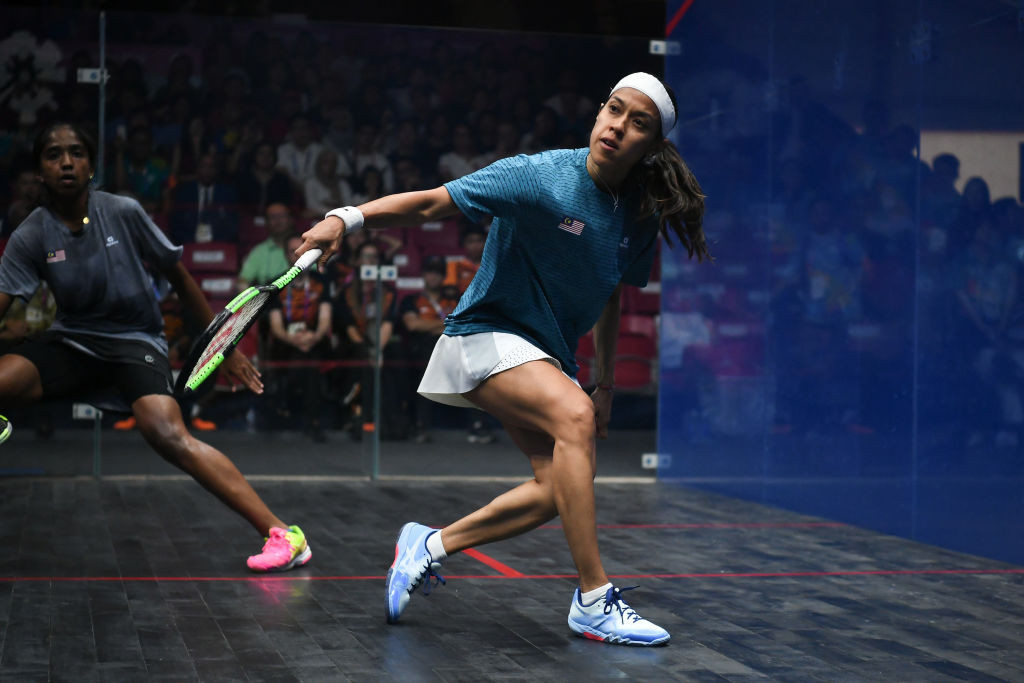 Malaysian squash star Nicol David has been named the World Games Greatest Athlete of All Time after winning the contest with 318,943 votes.

David had led the voting since it began on January 8, with her nearest contenders Irish tug-of-war legend James Kehoe on 113,120 votes and Ukrainian powerlifter Larysa Soloviova on 80,790 votes.

The trio had originally been part of a 24-strong list of nominees, before this was cut to the top 10 athletes on January 20.

"It’s a huge honour to be nominated by The World Games for the Greatest Athlete of All Time and to gain so much support from everyone in Malaysia and the squash community," David said.

"It came as a surprise to see me amongst these other top athletes and I’m grateful for this... hopefully it can elevate attention for the future of squash, and it’s a proud moment to represent my country and Asia."

Now retired, David was the women's world number one for a record-breaking 108 consecutive months, starting from August 2006 and ending in September 2015.

Nicol David ?? is The World Games Greatest Athlete of All Time! With a huge number of votes, 318,943 she was voted as the greatest of the 24 sports legends that started the race in January. All in all, 1,204,637 votes were cast in the poll!#WeAreTheWorldGames @WorldSquash pic.twitter.com/po08clPfkT

"I would like to warmly congratulate Nicol David, and also all the other candidates in the race," said International World Games Association President José Perurena.

"Nicol David is an inspirational athlete, and a fine role model for younger athletes.

"The race was incredible, and it was good to see how athletes got support not only from their own sport, but also from their country and the highest sports authorities there.

"This vote was a celebration of that."

The top three athletes will receive a diploma, a trophy and a branded gift from the sponsor of the vote Protective Life.

The vote took place to mark the 40th anniversary of the first edition of the World Games, which was held in Santa Clara in the United States in 1981.

Birmingham in Alabama is set to become the first American venue to stage the event since in 2022.