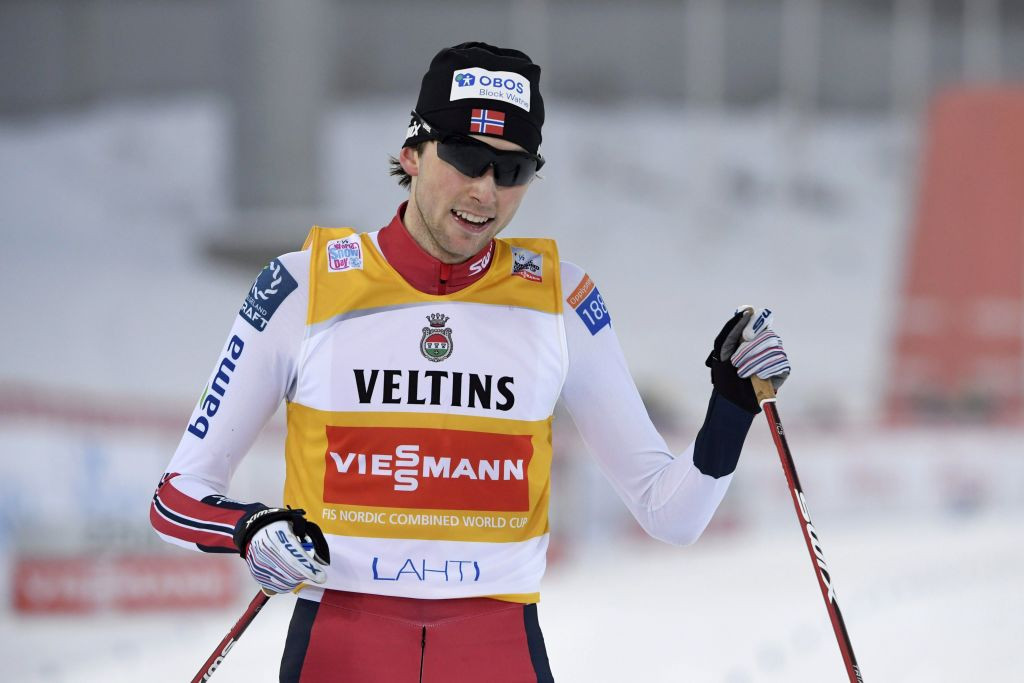 Norway's Jarl Magnus Riiber will aim to extend his lead in the overall Nordic Combined World Cup standings when the season resumes in Seefeld this weekend.

Riiber, who has a commanding 229-point advantage over nearest challenger Vinzenz Geiger of Germany in the race for the title, knows a strong performance in the Austrian resort will move him a step closer to the crystal globe.

The 23-year-old double world champion and Olympic silver medallist has amassed 640 points so far this season, with Geiger second on 411 and Germany's Fabian Rießle third on 363.

Akito Watabe of Japan will be out to clinch his second straight individual win after he triumphed in Lahti on Sunday (January 24).

The event in Seefeld is due to begin with the provisional competition round, before three races are held from Friday (January 29) to Sunday (January 31).