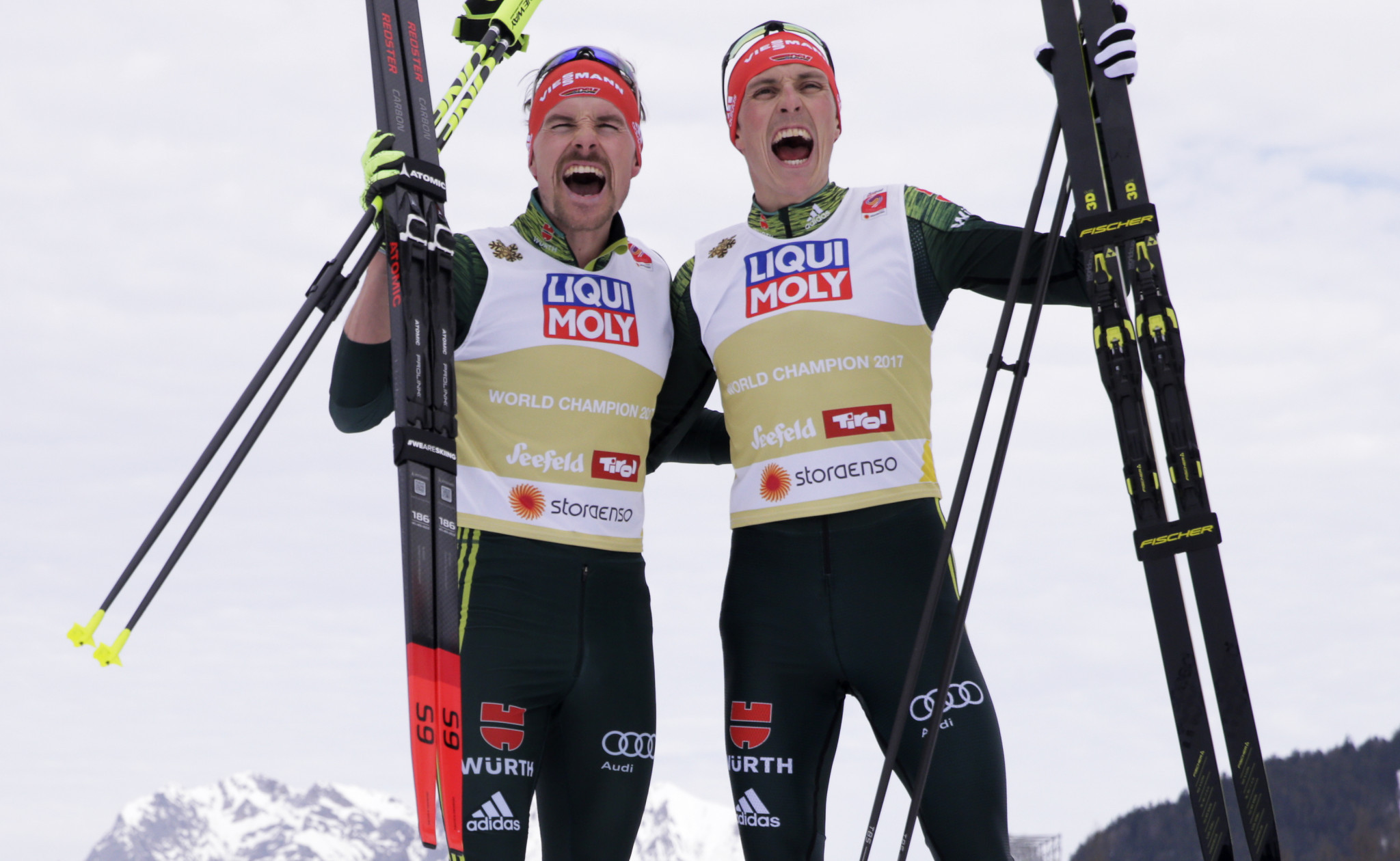 There was a thrilling climax in the Italian resort with Rießle outsprinting Lukas Greiderer of Austria in the last few metres to snatch the win.

Rießle and Frenzel finished with a winning time of 35min 11.9sec to defeat Austrians Johannes Lamparter and Greiderer by 1.5.

The bronze medal went to the Finnish pairing of Ilkka Herola and Eero Hirvonen who finished 50.7 further back.

The Japanese team of Hideaki Nagai and Ryota Yamamoto had taken the lead with leaps of 100 and 104.5 metres in the ski jumping to set the standard with a total of 266.8 points.

Wow, what a wild ride that was today! 😳🚀 Masterful sprinting by #FabianRießle and #EeroHirvonen and what a fight by #LukasGreiderer and #Johannes Lamparter! Congrats to all six successful athletes! #fisnoco #nordiccombined pic.twitter.com/AHfEuPzUWb

Frenzel and Rießle made their ambitions clear by registering distances of 99.5 and 100.5, meaning they would start just nine seconds after the Japanese.

It then ultimately came down to two sprints in the 2x7.5-kilometre cross-country race.

Competition is due to conclude tomorrow with the second individual contest of the weekend after Jarl Magnus Riiber of Norway came out on top yesterday.