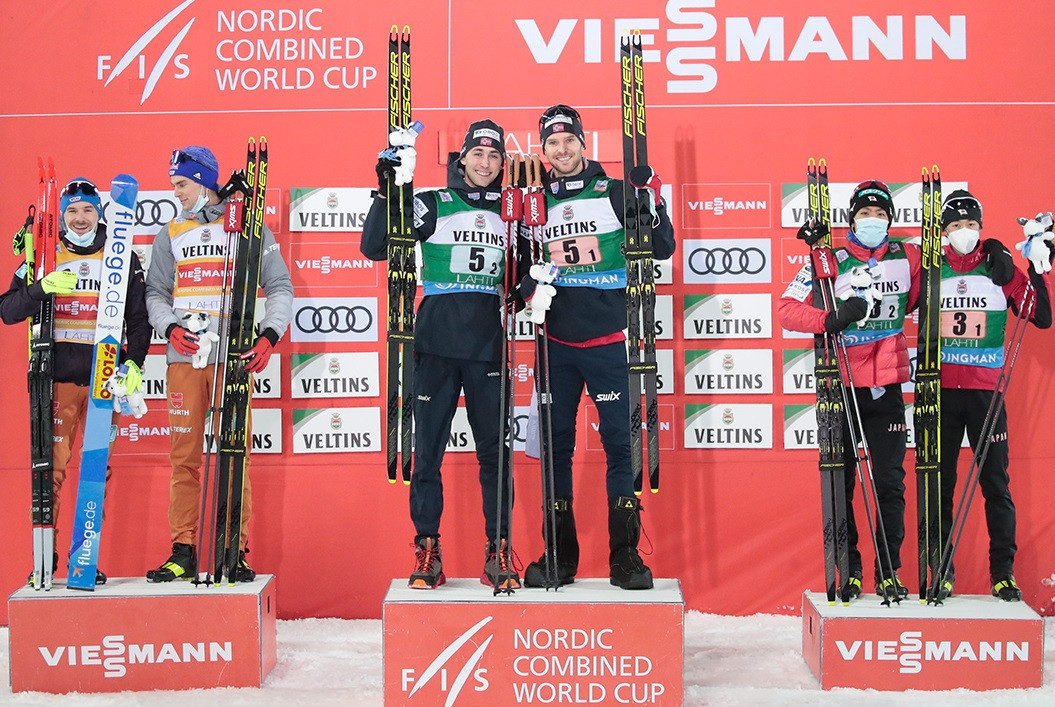 After the ski jumping round, Norway I found themselves in fifth position, 27 seconds behind early leaders Mario Seidl and Bernhard Gruber of Austria I.

But there was no stopping Graabak and Riiber in the 2x7.5-kilometre sprint as they won in a combined time of 28min 25.1sec.

Fabian Rießle and Vinzenz Geiger of Germany I, who were fourth after the ski jumping, finished second, narrowly behind the winners in 28:22.0.

Akito Watabe produced the best jump of the day of 124.4 metres as he went on to secure bronze alongside Ryota Yamamoto for Japan I.

The Japanese duo finished in a time of 28:23.7 to clinch third spot ahead of Eric Frenzel and Terence Weber of Germany II.

Yet another really fun race that had us at the edges of our seats! Hats off to the tactical racing of Team Norway and Teams Germany and Japan for the big fight they put up! 💪✈️🚀 pic.twitter.com/HdnoWLmye5

Seidl and Gruber led with jumps of 116.1m and 114m respectively but finished ninth in the 2x7.5km sprint to slip outside the top five.

Norway, with 1,673 points, are now second in the Nations Cup standings.

Action in Lahti is set to conclude tomorrow with a round of ski jumping and a 10km cross-country race in the eighth individual stage of the season.